Home Life What Do They Mean Winning a War? 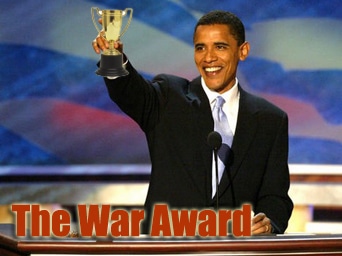 The following will be the opening commentary on the “Connect the Dots” program on KPFK this Monday, June 27th, with guests Daniel Ellsberg, Ca. Assemblyman Mike Feuer, and LA City Councilman Bill Rosendahl.

Good Monday morning.  Welcome to Connect the Dots.  I’m your host Lila Garrett wondering if there is such a thing as winning a war.

Oh you can declare victory as we did with World War 2 and Korea …and all the mini wars like Granada and Panama, El Salvador, Nicaragua.  I could go on and on ‘war-dropping’ since our country has been at war with one country or another almost since its inception,  but the point is, big and little, romanticized  like WW2 or despised like Vietnam….the scene at the end is always the same.   Ravaged landscapes, broken families,  a population of traumatized people with unhinged minds and missing limbs.  And that includes the victors and the victims.  You really can’t tell them apart.   And when you’ve been one of the soldiers breaking down the doors of shivering families…the excitement of conquest and righteous indignation can burn out fast and what you’re left with are the ashes. What do you do with those ashes? You can wallow in despair as many of our veterans do…since we treat them like discarded laundry if they dare to come back in need of help.   You can embrace rage and go out and look for a new war.   Or you can dedicate your life to ending war once and for all.

Those who choose the last alternative have a place to go on October 6th.  There will be a major happening on Freedom Plaza in the middle of Washington DC. We will proceed from there to shut down buildings and offices.  And we will stay until the President signs a satisfactory date-certain to remove all troops from Afghanistan.  A minimum of 50,000 people who insist on an end to war will be there.  Actually thousands more are expected.

And best news…South West Airlines is selling tickets to Washington for $40 during October to celebrate their 40th birthday.  Happy birthday Southwest and we mean it.  So log on to October2011.org and see the numerous groups including Veterans for Peace who are sponsoring this important launching.  It is our mandate for the end of the permanent war economy and its companion, permanent war.

John McCain and Barack Obama have said that consumer manufacturing jobs are not coming back  to this country.  We are saying bring them back and fast.  Convert the massive war factories that are polluting almost every district in our country with their manufacture of  more and more grotesque arms.  Halt the development of this new generation of drones with sexy names like the  Global hawks and Predators and mini drones the size of bugs that can wipe out whole cities. Ten years ago there were 50 drones in our arsenal.  Today there are 7000.  The people of Pakistan and Afghanistan and God knows where else live in dread of them.  There are no available numbers on how many innocent civilians these unmanned cowardly monsters have killed.  But the Pentagon’s chief buyer Ashton Carter is excited about them. “It’s a growth market” his says.  “There is no limit.”

He’s right, If we don’t stop this  unrestricted production of arms there is no limit.  Arms sales from US manufacturers to foreign governments have increased 50% from last year.   And where they sell these arms is virtually up to them. They’re selling arms to everybody on both sides of any conflict including countries with child soldiers. The orders are rushing in form  India, England, Australia, South Korea, Singapore, name it.   Saudi Arabia, who is openly angry at us these days because we’re not sympathetic enough with their assault on the rebelling people of Bahrain, is our biggest customer.  They’ve ordered 60 billion in military hardware.

Yes, step right up ladies and gentlemen,  It doesn’t matter who you are or what you want them for….if killing and maiming are your goals, get your hardware here!  Arms manufacturers are ecstatic!  Chief Executive of Northrop Wesley G. Bush summed it up. “To the credit of the President and the Obama administration, the US has finally started serious attempts to reform the laws and regulations governing our export control.”

So when Obama made his speech last week announcing a draw down of 10,000 troops in Afghanistan by the end of 2011 and 23 thousand more by the summer in 2012 (just in time for his reelection) we recognize this token offering as a step in the right direction.  Albeit a baby step….  68,000 troops remain plus about 50,000 mercenaries…. but we are so used to being assaulted with one blow to our democracy after the other, we embrace this small sign of sanity.

We will shore up this sliver of hope with a peace movement with muscle.  We will demonstrate that muscle on Oct 6th and beyond for as long as it takes in Washington DC.  We will make it easier for the Congress to end these wars by showing strength without violence. And always we will bring truth to the people no matter what the cost.
Log on to October2011.org and learn more.

With us now is the consummate messenger of truth the man who made public the Pentagon Papers which helped end the Vietnam War.  Daniel Ellsberg.     In his own words: “To motivate voters and Congress to extricate us from these presidential wars, we need the Pentagon Papers of the Middle east wars right now.  Not 40 years in the future.”