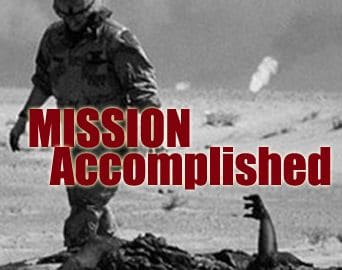 Is “Slow Withdrawal”  An Answer to Rape?

America went to Afghanistan under false pretenses.  Even if you don’t buy in on the mountain of hard evidence that 9/11 was a staged false flag operation, there were no connections to Afghanistan or Osama bin Laden, not then and not now.

Did we attack Afghanistan because our former allies, the Mujaheddin, renamed “Taliban” had bad grooming practices or the more obvious reasons:

Afghanistan is simple to understand.  The invasion was all lies, as with Iraq.  The Taliban were the legal rulers.  Many of the American “allies” in the Northern Alliance were druglords, more were infamous war criminals.  Thousands of Afghans were murdered during the American takeover.

The new government has spent hundreds of billions of dollars, is hopelessly corrupt, the army America bought for them is half Taliban, half uninspired and unmotivated.  Recent evaluations have shown almost every cent spent on “nation building” was stolen.  Every criminal in the world has flocked to Kabul joining the kleptocratic Karzai’s mob and their USAID/CIA partners, robbing America blind and banking tens of billions in drug money.

Afghanistan will have left over 150,000 American troops killed, wounded or permanently disabled at a financial cost of over $1.2 trillion dollars over the next 20 years.  This doesn’t include other war costs.

Listening to the discussions, you can’t even call them “left” or “right,” is perplexing.  We raped Afghanistan.  We are still doing it.  Karzai and his thugs are simply helping hold “her” down for us, that and taking their own turns.

Today, no one begins to guess why we are there.  Some talk of Al Qaeda.  No intelligence report ever place the number at higher than 300.  Recent reports run as low as a dozen.  Honest reports would take it further.  There has never been any proof that Al Qaeda has ever been in Afghanistan or Pakistan.  Further still, there really isn’t any proof Al Qaeda has ever existed at all.

The whole conflict is a made up game, invented to distract the public, a phony war, an imaginary enemy, a replacement for the Soviet Union.  If you don’t have an enemy, simply attack a country filled with the most warlike and belligerent people on earth.  This is what we did.  We had no enemy.  We needed an enemy.  We created an enemy where there was none.

Without a foreign enemy, Americans might start looking at their real enemy, the government itself, a government that has long operated well outside any constitutional mandate, a government that rigs elections, votes itself pay raises, puts itself above the law and betrays the American people just like the dictatorships we love to criticize.

Washington rules America, it doesn’t govern.  In fact, there is increasing evidence that it does neither.  Had an alien race taken over and chosen the most cowardly and reprehensible to rule, to exploit and enslave in their name, the end result would likely resemble what we have today.

In a recent trip to Nigeria, I sat through meetings discussing corruption.  Nigerians openly admit their government is corrupt and are desperate for ways to bring it under control.  The word is out, ‘there is a new sheriff in town.” The real product of corruption is poverty and suffering.  Nigerians have had enough.

The more they talked about what was going on there, the more and more it began to sound like they were describing Washington DC.  America is now getting a dose of poverty and suffering here at home, all brought on by unbridled corruption.

What they call “corruption,” we call “bailouts,” “deficits” and “cost overruns.”  They lose millions.  We lose trillions.

So, how did America end up in this dilemma? We are ten years into a second war, our asses are being handed to us on a platter, even the illiterate Taliban find us too stupid to negotiate with and the “big win” we are playing off is the death of Osama bin Laden, a story so bizarre and convoluted that the press seems to have simply walked away shaking their heads.

The answer is a simple one.  You can’t turn on a TV, read a book or open an email without hearing conspiracy.  Conspiracies come in two flavors, those the mainstream press is ordered to peddle and the ones they are ordered to make fun of.

Telling which is which, real or imaginary is easy as hell.  Any group with the power to tell the press what to do is a real conspiracy.  When the press is doing its job well, lying like hell of course, they mix their lies and propaganda in with enough innocent news, celebrity gossip and sports scores to seem legitimate.

This still works with some people.  We call those people “Too stupid to live.”

Nearly 20 years ago, Hillary Clinton spoke of a “great conspiracy.”  She mentioned it once, but never again.  She was crushed by a carefully orchestrated press “offensive,” similar to the one that derailed her attempt to reform the healthcare and insurance system.

It was that same system that crashed the American economy in 2007 and has bilked the American public out of nearly $4 trillion in “bail outs.”  The American auto industry got bail outs too, petty change, quickly paid back and the country has been rewarded with new jobs, new plants opening and an unrivaled success story.

The insurance industry, on the other hand, keeps asking for more and more of our money.  In return, we get nothing but worse and worse health care, continual “scare tactic” lobbying and higher and higher salaries for executives of America’s least competent and deserving financial sector.

Was Hillary right, is there a grand conspiracy, one great cabal?  No conspiracy can thrive without the weak.  By weak, we don’t mean the poor.  The fertile ground for deception is those weak of soul.

In retrospect, the America that Bill and Hillary wanted to build, so many years ago, would have been a golden age, budget surpluses, health care for all, the bankster and insurance rackets on the run and Saddam probably overthrown by his own military.  By now, our 14 trillion dollar national debt would have been paid off entirely.

During the closing years of the Clinton administration, a shadowy group, Israeli ultra-nationalists, gun runners, banksters and Wall Street thugs, globalist power mongers and Pentagon fat-asses, hiding behind the Project for a New Century, the Heritage Foundation, the American Enterprise Institute, the US Chamber of Commerce, the American Legion, the National Association of Manufacturers, the Council on Foreign Relations and Rand Corporation began moving.

Drawing on backing from the pharmaceutical racketeers, the nuclear poison lobby, “big coal” and the most powerful gang group of all, the Federal Reserve “System,” aided by the drug cartels of Mexico and Columbia, a plan was put into motion.  America was to be sacrificed.

9/11 was the “New Pearl Harbor” that would loosen the “dogs of theft.”

While the public was worked into a frenzy of fear and hate, orchestrated by false flag terrorism and internal strife stirred up by Fox News and their partners in the ill named “liberal press,” American would be overthrown, taken from plenty to want, from surplus to massive deficit, from peace to war, from freedom to totalitarianism and the public would eat it up like a dog lapping up vomit.

Decades had been spent dumbing down the public, prestaging Americans for destruction, for decline, for a future of pessimism and fear, of lowered expectations, of mistrust of government and each other.

America was targeted for paralysis.  The legions chosen to lead the way down this path, Christian Zionists, “red state know nothings” and liberal buffoons would make it all possible.

This group, America’s intellectually, culturally and morally derailed, gravitate toward fear and hate.  They are more interested in blaming and whining than fixing and doing.

Pop psychology would label most as narcissists but Inadequate Personality Disorder would be far more accurate.  This broad definition covers those who gravitate toward other social and intellectual cripples out of an inability to cope with reality. As there is nothing real about politics and less real about war, delusional types are at home.

As the quality of historical research improves, every war falls apart, every fight for freedom and human rights ends up exposed for what it really was, propagandists and racketeers killing off another generation of “useless humanity” to achieve some wild and esoteric goal.  Funny thing, the talk, the dreams of power, they all come back to the same things.  Why do those who seek power do so?

The hierarchy within this group is a simple one, malignant narcissists, the sociopaths or “social psychopathic personality types” lead and others follow.  George “W” Bush, John Hagee and Sarah Palin are stereotypical of this group.  Their lives are typically a delicate balance of perceived persona and a less public “self” that suffers from bouts of addiction, paranoia and delusion and extreme grandiosity.

What is particularly amusing is hearing these degenerate blowhards and sick worthless bastards damn others.  In the end, Saddam, at his worst, never matched the death toll of Bush, Blair and Cheney.  None reached Stalin’s level, for sure, not for lack of trying.

Funny thing, the more morally corrupt and bloodthirsty the tyrant, the more overtly religious or “patriotic.”

There is one group that most parallels politicians.