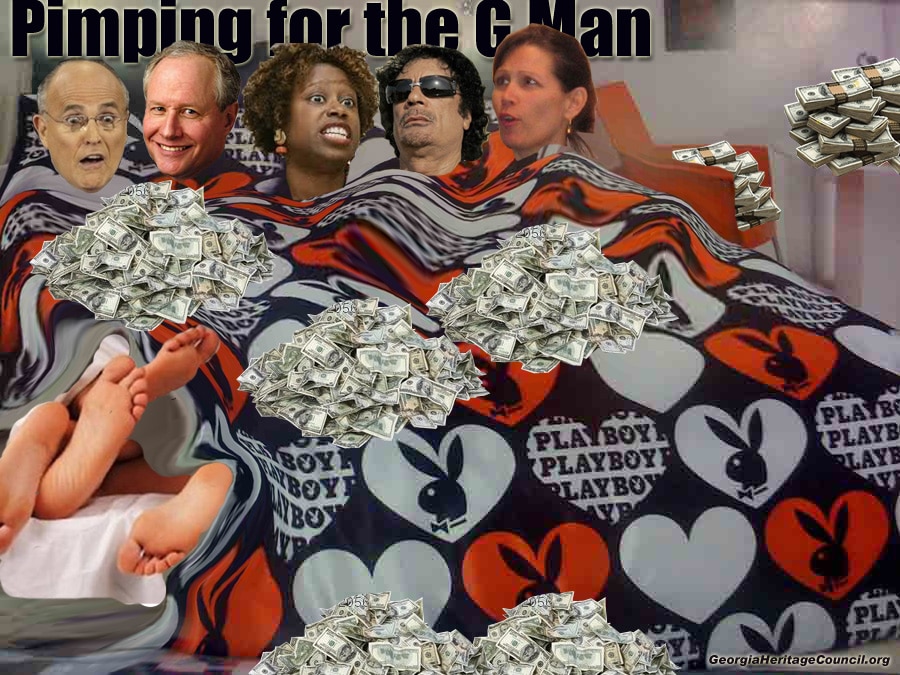 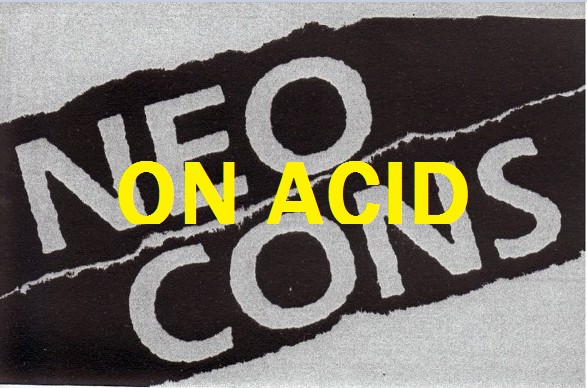 Until Gaddafi decided to become a “stealth” neocon and Israel lover back in 2002, he was considered the worst person in the world.  He kept Libya in line with a powerful secret police and bribes to tribal leaders while the greatest part of Libya’s wealth disappeared into Swiss banks, wild African adventures and bribes, press, politicians, everyone worth owning, Gaddafi bought.

Gaddafi’s nuclear, biological and chemical warfare programs were larger than Iraqs in the 80’s, (when they actually existed) and are due to be dismantled by 2045 according to agreements between Gaddafi and the Bush/Blair governments.

Untold millions of Gaddafi’s money went directly to terrorists.  It still does.

Back in January, the people of Libya turned on Gaddafi.  His response was to begin a slaughter.  He went to Israel for mercenaries though his military had always been largely foreign, mostly from the former Soviet Union.  Members of the press were kidnapped and murdered, snipers by the hundreds shot down women and children in the streets while his army, tightly controlled and drowning in oil cash, unleashed a massive barrage of rockets and artillery on rebel cities.

This was the truth then, free of wild conspiracy theories, beheading films and the deluge of money buying favorable press for Gaddafi, funneled through his Neocon/Zionist/GOP friends.

This is how we end up with Cynthia McKinney and Michelle Bachmann in “bed together” as it were, this two and so many others.

We also learn a lesson, much as with Wikileaks.

Many of those, the media darlings of the left, are little but “placeholders.”  They are there to prevent others more credible, more threatening from moving up.  Wikileaks taught us this with the anti-Zionist movement.  So many came out backing Wikileaks even though criticism of Israel was strangely edited out of anything released.  The more “Israel friendly” Wikileaks became, the more those who, for years, expressed so much venom against Israel loved Wikileaks and defended it.

Then we began to ask the question:  Could Israel have actually been running most anti-Zionist organizations all along?  Would this fit in Jeff Gate’s “game theory” analysis of Israel?  Are Israeli’s students of Lenin:

“The best way to control the opposition is to lead it ourselves.”
— Vladimir Ilyich Lenin

Then it came out in a deluge, Wikileaks and Assange tied to Israel, working directly with the New York Times and other mainstream publications, censoring the news, planting phony stories and, worst of all, lobbying for war with Iran.  Assange, the “rebel” became Assange the war monger, the liar, the cheat, Assange the spy.

So now, Israel waits, ready to “rebrand” Julian Assange and Wikileaks, depending on ignorance and a short memory to serve them again as it had in the past.  Assange will rise from the dead, again a mythic figure, photographed “Mussolini style” as before, the same story, hounded, harried and falsely accused.

The real Assange, of course, stalks the corridors of power, voice of Israel, voice of war, voice of big oil, voice of suppressed truth, of misinformation, the voice of global conspiracy.

Now we see it again, poor harried Colonel Gaddafi, no longer a mass murderer, no longer a terrorist, no longer one of the world’s great degenerates.  His defenders?  This is the best part.

Gaddafi has done us a great service as had Assange.  We have another litmus.  We can now spot the fools among us, uncover the snakes in our midst.  Its easy.

Long ago, Gaddafi has begun funneling money into the Nation of Islam and Louis Farrakhan.  Farrakhan has a legitimate debt to Gaddafi, a debt he is repaying.  There is honor in this, perhaps not honesty but honor, a rare occasion where the two divest.

We have also traced Gaddafi money into America’s black churches, money funneled through religious leaders and, from there, into key political races.  Gaddafi knew Africa and especially African Americans would be a fertile ground where his money and power would serve him well.  Denied empire and respect elsewhere, this was his playground, pouring money into African corruption and, in the process, rightly predicting the next real terror battleground, Africa.

This is being played out in Nigeria this week in terror bombings meant to disrupt a Christian president, Goodluck Jonathan, elected with wide Islamic support.  Gaddafi thrives on disruption, disunity and dissent.  He see’s himself a “player.”  We see his hand, long active in Africa, long the real backer of the groups called “Al Qaeda” from the Central African Republic to Darfur to Mali to Nigeria.

While closely aligning himself with Bush, Blair and the Zionist crowd, Gaddafi continued, to quietly develop nerve gas, crop diseases, new forms of anthrax-hemorrhagic fever hybrids and bury a nuclear program so effectively he might not be able to find it himself.

The most curious aspect of Gaddafi’s Washington offensive has been his methodology.

The top lobby firm for national leaders on the edge of war crimes indictments has always been Giuliani and Company.  Their client lists are secret, their influence, particularly during the Bush regime, was total and they have along standing agreements with Israeli intelligence, the pro-Israel press and the big money lobbys that fund the radical conservative movements to eliminate medicare and social security.

Their job is simple:  They exist to make sure, not part of the “pie” but all of it goes to the rich.

This is where Giuliani began, moving first against President Obama for overstepping his authority by following the United Nations Security Council decision and supporting action to stop Gaddafi’s artillery attacks on civilians.  As the disinformation machine went into high gear, it was aimed two directions:

Their chosen battlefield was, to a large extent, the internet, where “independent journalists” are bought and sold like baseball cards.

Obama and company along with NATO clearly overstepped, quickly demanding regime change.  When the ICC in the Hague indicted Gaddafi, the issue was complicated even more.  When Gaddafi’s crimes were superseded by Syria and Bahrain, and Saudi Arabia, the UAE and Kuwait became fully complicit, and curiously immune to prosecution, Gaddafi’s paid conspiracy theorists had real meat behind them.

Problem is, the conspiracy theorists, the paid phonies, began long before Syria happened or Bahrain or even Yemen.  While Gaddafi’s diplomats were jumping ship, leaving only his stalwarts, the torturers and thugs that kept him in power for decades at his beck and call, his propaganda machine was already in motion.

Their first job was to label Tunisia and Egypt, the “Arab Spring” as both a CIA and Al Qaeda plot.  Today, the same folks, left or right, depending on which hour of the day or day of the week, label Arab uprisings as CIA or Al Qaeda.  Even Israeli Prime Minister Netanyahu stops short of this.

Embarrassingly, Gaddafi got $37 billion in Bush era bail out money, paid to the Bank of Libya, his private personal stash and authorized by the Federal Reserve, the American congress and, of course, the President of the United States.  By official count, this equals the US aid given to Israel for over a decade.  Where the money went, we don’t know but we do know where some of it went, as with the billions given to Israel.

It was kicked back to friends in Washington.

The next step in rehabilitating Gaddafi, while his artillery was still pounding cities flat and his snipers shooting down children in the street was to tell of his model society, the great “Green Book democracy” as Cynthia McKinney calls it, citing Gaddafi’s “election” to office via military coup in 1969 followed by 42 years of election preparations.

Last but not least are the atrocity films and photos, beheadings, burned children.  Where did they come from?

A cursory check of the internet find their source to be Zionist/Neocon websites and their origins to be Washington public relations agencies tied to Israel.

Politically, you would characterize those using this recent approach as anti-Obama, Neocon, “Israeli firsters” and pro-Palestinian.

OK, let’s try that one again.

Anyone have a problem with pro-Israeli anti-Zionists?

How about looking at it a different way.  We can call them Islamophobic pro-Palestinians.

What we have ended up with is Michelle Bachmann supporting groups that are, according to Israel and the United States, directly involved in terrorism.

What we have, of course, is a “Wiki-lesson.”  What we have done is expose bribery and duplicity.

To support Gaddafi, you have to be an extreme leftist Tea Party type who worships Israel but wants to push the Jews there into the sea.

What we are describing, of course, are an inbred version of Fox News enthusiasts on acid.  It’s a new world out there.  Anyone can be anything, if the price is right.

For those who tend to hit shopping carts and drive over curbs;

Israel is actively calling for the downfall of Assad in Syria, for the bombing of Iran, for the seizure of Pakistan’s nuclear weapons.  They orchestrated the destruction of Iraq and Afghanistan, work closely with Saudi Arabia and control the Persian Gulf states like hand puppets.

Gaddafi has a 40 year history of talking about Israel’s destruction and defending the rights of Palestinians but, when he is “on the ropes,” not a whimper or moan is heard from Tel Aviv about bringing him down, quite the opposite.

Their powerful lobby in the US is working overtime to save him.

There is never a word about finding Gaddafi’s WMDs nor of the terror cells he has financed around the world.

Gaddafi is, as far as Tel Aviv is concerned, is forgiven all, like an errant son.