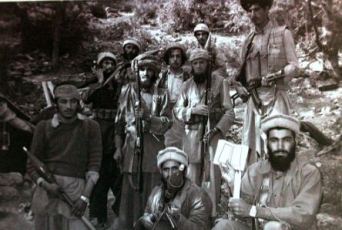 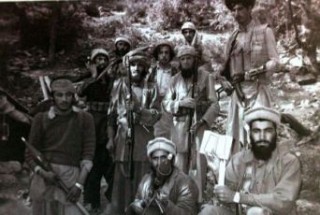 Pakistan needs six runs to win, only  one ball left

In early 1980s when I just opened my eyes, I found myself under a tent provided by UNHCR, far away from my own hometown in a neighbouring country, inside Punjab province of Pakistan. It was a tough time not only for my family, but for entire Afghan nation.

Like other millions of Afghan my family migrated to Pakistan as the Soviets invaded my country. Soon after the invasion, they set up a major army base, the 40th military regiment near my village, in Baghlan province, north of Afghanistan.

At the end of 1979 Russians built their base across the Kabul – Polikhomri high way, and began to raid the nearest houses where only local farmers lived.  On first day of the raid they massacred around 40 civilians and arrested dozens others, including children. Among the deaths there were my close relatives, who were shot to death whilst working in cultivated area.  The killing forced nearly whole village to rise up against the Soviet occupiers. They called themselves Mujahedeen. My father and three brothers also joined them.

Their lands and properties have been occupied by local officials who wanted to impose communist ideology by force.  The Mujahedeen were forced to leave their homes and took their families out of Afghanistan. They entered Pakistan as refugees and set to begin a new life. Pakistan welcomed the villagers and my family, and we were treated as honourable guests, each family was given tents, foods and some cash to restart the life.  The refugees were in grief, they lost their wealth, properties and country occupied by foreigners, something they gained in centuries easily destroyed or occupied by foreign troops.

I grew in a refugee camp in Mainwali, Panjab province, I joined a UK funded primary school called Afghan commissionaire. Most of our teachers were Pakistanis, they taught us Pashto and Urdu languages. Later my family shifted to Peshawar, as it was difficult for my brothers to visit us when they were returning from the front line of the war against Russians.  I started my school in Peshawar and began to know Pakistan as a good friend of Afghans; usually I was listening to speeches which praised Pakistan.

I began to know Pakistan as an honest friend of Afghanistan. I read a lot about Pakistani military, they were an enemy of India and great friend of Afghans. People were talking about Indian atrocities against Muslims in Kashmir, and this way they were trying to attract sympathies.  Many elderly Afghan refugees influenced by those campaigners who wanted people to took part in the war against India in Kashmir while their own country was occupied by Russians.

I was just 13 years old; I was interested in fighting the Russians, when the Mujahedeen visited my father at home, I wore their martial shoes to act as an anti-Russian fighter, but I was told to focus my studies. Western officials including Americans were flooding to Peshawar to support Afghans against the Soviet Union, I witnessed them smiling with those who later appeared as Hakmatyar and Mullah Omar.

Apart from school, I started to read news and commentaries in local newspapers on Afghan Jihad against the Russians, and Pakistani military engagement in Kashmir. I learnt that Pakistan stands against India to free Kashmiri Muslims from Indian occupation.  This way I grew up in an environment where every single talk was dominated by a politics could be characterised as preparation for future wars. Afghanistan never survived from the war started by Russian invaders. I was born exactly on that year, since then I saw my generation dying.

Afghanistan was in the war; Russian invaded the country and forced Afghans to fight for their land and honours. Finally, Afghan blood and western money defeated the Soviets, American power increasingly spread across the world, and my country was forgotten. However, Pakistan was not in direct war against anyone, but preparing to defend the country against India.

In 1990s, the politics in Islamabad handed to a group of people who wanted to challenge the sovereignty of Afghanistan when western countries left Kabul behind. India, Iran and Russia potentially invested on civil war in Kabul to challenge Pakistani interests. Afghanistan became a ground of meaningless civil war. Thousands of Afghans have been killed, many others left their homes, gunfight dominated the streets in capital Kabul, and the anarchy led to the rise of Taliban.

They destroyed armed checkpoints collecting illegal taxes from passengers throughout high ways. I witnessed a money exchanger in Kabul loading sacks of cash to a vehicle, and carried out those cashes to Herat province; at least there was no robbery and street killings.

The Taliban regime collapsed as a result of the US-led invasion of Afghanistan in the aftermath of 11 September 2001 attacks on Washington and New York. The US and its allies formed a new government in Kabul and the war-shattered country came on the top of international political agenda.

The majority ethnic Pashtuns, who generated the Taliban was marginalized, but still many of them previously working under Taliban, prepared to work with international community. Most of them participated in 2004 presidential election, they allowed their women to register for polling, who never been outside home even for medical check-up in the course of pregnancy, because of conservative traditions. In the aftermath of election those who took part in election, have been arrested or bombed from the air, as a result, many people either decided or were forced to leave Afghanistan and entered Pakistan once again.

Americans pressured Islamabad for apparently being a supporter of the Afghan Taliban, in reaction to those claims tens of thousands of military personnel deployed in tribal areas, Pakistan turned into the ground of potential armed activities; as a consequence its military used full power against their own people. The attack on red mosque increased the anger within conservative Muslims in Pakistan. On 15th June, 2009, when I saw the most powerful man in Pakistan General Ashfaq Kayani fly an F-16 fighter jet with a co-pilot to take part in an air operation against his own people in northwest of the country, I estimated Pakistan’s future challenging and destabilized. Now, its people need to think more for Pakistan to survive their country, because the power which supposed to use against traditional enemy, has been used against own people.

As a result according to cricket legend and current politician Imran Khan, corruption grew, joblessness grew and violence across the country increased. Islamabad’s ties with its neighbor Kabul overshadowed by political conflict and inconsistency. When Parviz Musharaf allowed American military to attack Afghanistan from a Pakistani air base, Afghans decided to rethink their stances about Pakistan, because its government appeared as an unfaithful friend. Even though, recently Afghan officials accused Pakistani counterparts on shelling artillery on an Afghan village across Durand Line. It is what India wants to see their rival in a bloody war, as a weapon which may break up the country, you know, India is in two fronts now, Kashmir and Afghanistan.

Recently I have been following Imran Khan’s manifesto for a better Pakistan, under his leadership it will emerge better neighbor to Afghanistan as well.  I remember 1980s Pakistan, peaceful country, a host for millions of foreigners including western citizens. Contrary to that, Today’s Pakistan turned a dangerous place not only for foreigners, but also for local people. The country is situated in a pressurized and tense position, like, a batsman who needs six runs in one ball to win, that only all-rounder Imran khan can hit.

Hanan Habibzai, an investigative journalist with more than ten years’ experience in global journalism has covered the US invasion of Afghanistan, the fall of the Taliban regime and post-Taliban developments, including the rise militancy in the country.