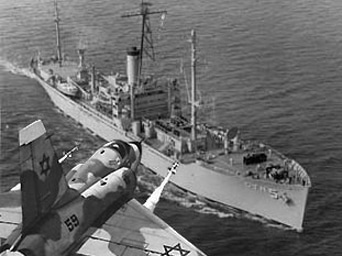 It is hard to believe the total silence of Obama’s White House, Clinton’s State Department, Justice Department, the FBI and Home Land Security and lack of taking legal actions against those who openly call on Israel to kill and murder unarmed American civilians aboard the Freedom Flotilla heading toward Gaza.

I can only wonder what the reaction of the White House, the Justice Department, the Homeland Security if any one citizen or resident of the United States, specially if this citizen happens to be of Arab decent or a practicing Muslim, openly call on a foreign country to kill and murder a White or Black, or an American Jew or a Democrat or a Republican of for that matter, just your average American Joe? I am sure all government departments and agencies will move against those who openly called on and advocate the murder of Americans, but this is not the case with Joshua Trevino. Calling on Israel to kill Americans is not a crime in the US.

Never expected the day will come when an American, albeit a Republican and a Tea Party member to call on a foreign country, Israel, to take out and kill Americans while the entire government agencies remain in total silence. I always thought or at least we all have been told that advocacy and calls for murder are illegal and in violation of American penal codes.

But it seems this is not the case when Israeli is a party, then all American laws goes out of the window and no one within this great country dare to speak out, not even the President of the United States who promised to protect the American people. Question will President Obama dares to take on Israel when it kills Americans? I doubt it.

President Obama will not be the first nor the last president who will succumb to the local political pressure and dare not take any actions when the lives of Americans are put in harm way, even killed by Israel. President Lyndon Johnson did just that when he failed to muster the courage as Commander in Chief and failed to order a commission of inquiry into the cold blooded murder of American sailors on board the USS Liberty in June of 67, when some 40 sailors were killed and more than 100 injured by repeated Israeli attacks on the US navy ship.

The former Bush administration speechwriter Joshua Trevino did just that when he twitters his calls to the IDF to shoot and kill Americans on board the Freedom Flotilla. Joshua Trevino is quoted as saying” Dear IDF, if you end shooting any Americans on the new Gaza flotilla, well, most Americans are with that including me”. I wonder who in the hell is Joshua Trevino to claim to speak for “most Americans” who are cool with Israel killing and murdering Americans?

To those who do not know Joshua Trevino, he is a Red State American, who could not get himself to vote for someone like John McCain, who is also the co-founder of RedState.com and is Vice President of Communication at Texas Public Policy Foundation and key activists in the American Tea Party. Mr. Joshua is extending his expertise and concern beyond Texas and reaching out to the Israeli state and its army to kill Americans.

It seems the White House and State Department are also “cool” with that and in fact, the State Department spokesperson gave Israeli Army, a wink perhaps a green light that it is absolutely Ok if Israel used deadly force to stop the Freedom Flotilla even if this entail the killings of American on board, just like it was OK to kill the American Furkan Dogan (19) who was killed by Israeli navy on board Freedom Flotilla One.

Victoria Nuland, the State Department spokesperson went further labeling the entire 1.5 million people of Gaza “terrorists” and warning those American on board with tough legal action stating “We underscore that delivering or attempting or conspiring to deliver material support or other resources to or for the benefit of a designated foreign terrorist organization, such as Hamas, could violate U.S. civil and criminal statutes and could lead to fines and incarceration,” Nuland said. Perhaps Victoria Nuland can enlighten us Americans and tell us when the US classified the entire population of Gaza as “terrorists”?

It would be interesting to know these American laws that forbid American civilians from carrying on humanitarian mission even when these mission are designed to break an illegal siege and blockade of a territory by a country that claims it ended its occupation.

Perhaps Israel can order Eric Cantor, the majority leader of the House of Representative to rush through Congress a law that deems Israeli siege and blockade of Gaza legal and consistent with US laws and allowing US government to prosecute those who break the siege and the blockade. You never know, any thing Israel asks for Israel always get, even if this means the justification and cold blooded murder of Americans. Israel is the only country that always gets away with killing and murdering Americans.