Home Veterans The Audacity of Hope 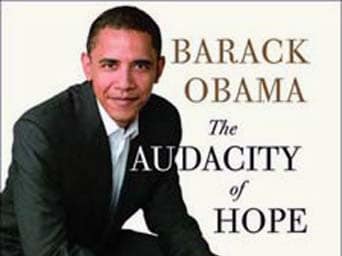 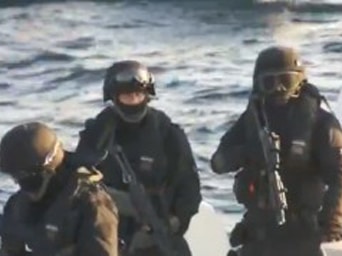 Greek Coast Guard and Commandos Stopping US Boat to Gaza

Is it any surprise that they have undertaken Israeli dirty work?

Greece has somehow maneuvered itself (or been maneuvered) into a financial crisis which threatens the incumbent government, and the economic quality of corporate life in Greece if IMF and World Bank historical response are pursued. So, to whom will they turn for relief?

Is it any surprise that they have undertaken Israeli dirty work?

The Audacity of Hope, the US Flotilla to Gaza named after Obama’s book Audacity of Hope was stopped at sea by the Greek Coast Guard 20 minutes after leaving the port. The captain refused to turn back despite the pleas of the Coast guard captain. After about 2 hours, Greek commandos joined the Coast guard vessel and the decision was made to turn back.

Captain John has been detained!

Johnny Barber, a passenger, on the Audacity of Hope, was able to do this amazing recording as it happened.

All of the protestations of those well-meaning American protesters, “good boaters” aside, if they want to “help Palestine”, withdraw Israeli-American assistance for Israel, and Palestine will need no help.

US “The Audacity to Love”

I am proud to call Ray McGovern a friend. He is a retired senior member of the CIA, and was so valued as an analyst that he used to give the US President his daily intelligence briefing. Ray and I both had senior government service careers, in the course of which you make personal friendships that last, hopefully as long as you do. So sometimes we both get told things from the inside of government.

As Ray sets out on the US Gaza peace flotilla ship, he has been warned in the starkest of terms that the Obama administration will do nothing to protect their US flagged vessel, or the US citizens on board, against attack by the Israelis.

I also have been cautioned by a source with access to very senior staffers at the National Security Council that not only does the White House plan to do absolutely nothing to protect our boat from Israeli attack or illegal boarding, but that White House officials”would be happy if something happened to us.” They are, I am reliably told, “perfectly willing to have the cold corpses of activists shown on American TV.”

While I know Ray to be an extremely honest man, motivated by a genuine activist Christianity, I thought it was possible that his source was exaggerating. I therefore set my own diplomatic sources to work in Washington, without giving them any indication of Ray’s information. They came back with an independent report from a different source – close to Clinton rather than the White House – with exactly the same result of which Ray was warned. I was told that Obama will welcome an Israeli attack on the US ship, as giving him a chance to confirm his pro-Israeli credentials and improve his standing with AIPAC ahead of the Presidential election race. Fatalities would be “not a problem”.

There was no information that the Obama regime has quietly given Netanyahu a green light to attack the ship. But I strongly expect they will; by deniable means, of course.

At best, Obama will pull a Lyndon Johnson.  It worked the last time, and it can work again.  He could even assign a Senatorial hearing to investigate the matter, headed by Senator John McCain, just like Johnson had the Admiral McCain conduct the investigation of Israel’s attack on the USS Liberty.

I am sure that SecDef Gates will ensure that no US Naval forces interfere with whatever the Israelis decide to do.

With the thousands of “valiant loyal soldiers” who have sacrificed their lives saving the world from a fake “war on terror,” who is going to miss or cry over a few limp wristed, elderly bleeding hearts?

Even if it did deter Obama, he could not and would not take any action against Israel.

But, if he lets this go down, and people like Ray McGovern get killed, then what points he made with AIPAC (American-Israeli Public Affairs Committee) would be to no avail.  He would not stand a chance at being elected dog catcher in his own home town.

Thinking freely and out of the box….  Letting the dog off the leash and watching where he hunts… 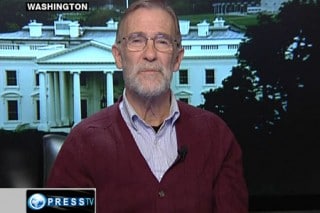 Ray McGovern turned his back on Clinton while she spoke. That was a clear and audible message, but ineffectual.  An irrelevant incident, which got him hustled and bashed around.  But, if we could somehow get a few thousand spectators to demonstrate the principles of this great American and to virtually turn their backs, stand up and walk out on President Obama whenever and every time he spoke in public, then that might have some impact on his political advisors and his status as a political candidate…something which might force his attention.

TV networks and stations have a means of counting or surveying real-time listener/watcher numbers when they present someone like President Obama  or Hillary Clinton on public TV, and if somehow a sufficient number of people would suddenly turn their TVs off, or shift channels every time he appeared on TV, this would show up on a chart somewhere and someone in his political advisory staff might take notice and force his attention.

I am really grasping at straws, am I not, to even suggest such a hair brained idea?  But, it might have some effect,  if we could just come up with some way to pull it off.

Please watch the latest update on all the ships, important press conference held in Greece, and the situation with the US boat “Audacity of Hope” reported by Press TV