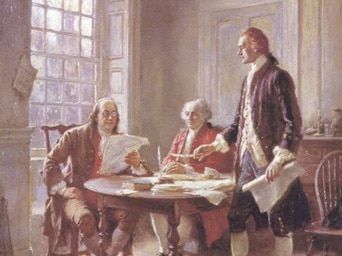 Today is American Independence Day, a time to celebrate.

Most of us will be with family and friends attending parades, picnics, and barbecues.

That’s because 235 years ago, America declared its freedom and independence from Britain.  And Viola! Just like that we had the exclusive right to this unparalleled lifestyle that we enjoy today.

Of course not, because Britain wouldn’t give us our Freedom and Independence without a fight.  Thus, it took more than eight years of the American Revolution that required enormous sacrifices and bloodshed from brave and courageous patriots.

For the past two centuries, America has had to fight numerous wars to defend and protect this same Freedom and Independence that was declared in 1776.  Thankfully, brave and courageous men and women continue to pledge their lives for the freedom and safety of others.  Tragically, their selfless sacrifices take a heavy toll on their personal lives.

That’s because war is hell. Whether America’s Military men and women are fighting a war or trying to heal from fighting a war, it’s always hell because the war never ends.  It’s in their minds day-after-day-after-day.

For those who are physically and mentally disabled from their war injuries, they battle on. Many become homeless.

According to a recent survey by the VA and HUD, 96% of Veterans who are homeless, have no family.

Today, when we celebrate with family and friends, take a few moments to reflect on the enormous sacrifices that have taken place for the great American way of life.

Enjoy American Independence Day and celebrate the proud title of being an “American.”  Give thanks to those who selflessly protect our Freedom and Independence, day-after-day-after-day.

Please see the attachment and remember our fellow Americans who served in the U.S. Military and fought in our behalf … and now battle on … alone with no family.