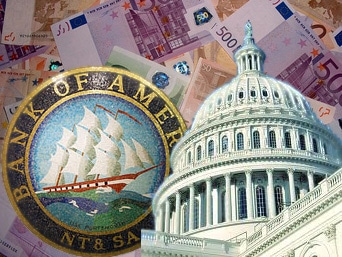 This is the first in a series of four articles

Like the euro, the dollar suffers from a fiscal cold poised to become financial pneumonia. The US could soon have $16.7 trillion in government bonds secured by our full faith and (ahem) credit.

With fiscal resources tight, budget cuts are underway at the federal, state, and local levels. New York City plans to lay off five percent of its teachers. California plans to close dozens of its popular state parks. Arizona sold its public buildings and now leases them back.

Public-sector pensions are on the chopping block. Look for cuts in Social Security benefits as annual interest payments on US bonds reach $627 billion by 2017 — enough to fund the Pentagon in 2007. America’s securitized debt is exceeded only by its unsecuritized obligations. Those debts total tens of trillions more.

Two months ago, Standard & Poor’s lowered its outlook for US bonds from stable to negative. Moody’s signaled its intent to announce a possible default on US bonds, even if temporary. Fitch also forecasts a possible downgrade.

How did the US reach this perilous juncture?

Post-World War II, America was home to 50 percent of the world’s productive power. That strength infused US bonds with global credibility and guaranteed the dollar would be favored worldwide as the reserve currency. Those strengths also ensured we could borrow at will.

Finance has long been the “operating system” shaping geopolitical affairs from the shadows — invisible, intangible yet ever-present. That stable presence suggests today’s destabilizing dynamics were foreseeable.

As the US reduces its commitments to Africa, China is reinvesting in commodities, building infrastructure, and making African allies. While we Americans continue to put our faith in financial assets, Beijing is reinvesting our purchasing power in physical assets — roads, railways, ports — and commodities, including metals, minerals, factories and even farmland. The interest we pay to China on US bonds helps modernize its navy and air force, positioning Beijing to project force worldwide.

Did today’s financial dynamics “just happen”? Or was this systemic disabling of America done by design? Americans want to know: How did we get it so terribly wrong?

When waging long-term warfare, shared mindsets are the key battlefield. Victories flow to those skilled at creating generally accepted truths — even if false. Where do consensus beliefs reside if not in a shared mindset? That intangible realm is where modern-day wars are won or lost. At present, the US is losing to those skilled at sustaining false beliefs. Iraq had no WMD yet we were induced to invade by a consensus belief that persuaded us otherwise. Nor did Iraq have yellowcake uranium from Niger. Nor did Al-Qaeda operatives meet in Prague with Iraqi officials. Nor was Saddam Hussein’s secular regime collaborating with religious fundamentalists in Afghanistan.

How do lies become widely held beliefs? How was Secretary of State Colin Powell induced to believe that Iraq had mobile biological weapons laboratories? Who has the means, motivation, opportunity, and, importantly, the stable nation-state intelligence to deceive us with such success?

This latest inducement to war on false pretenses was tactical, not strategic. Strategic duplicity induced the world’s strongest economy to freely embrace the very financial forces that now threaten the capacity of Americans to defend their freedom. Did we freely choose to squander and now endanger our “full faith and credit”? Or were we induced? Was post-World War II America the target of a trans-generational fraud?

Debt is a well-traveled route to wealth. With borrowed funds, you can buy a house. Securitize that debt and more credit becomes available for more homebuyers. Securitization can also fuel a debt-induced housing boom. The resulting wealth accrues to those positioned to capture that inflated value. And to those who pocket fees for repackaging debt as tradable securities.

Who captured the bulk of the wealth that we were induced to believe would be found down that debt-fueled path? Answer: The same financial sophisticates who pocketed the bulk of the private sector wealth financed with today’s public sector debt. Skeptics question whether the US freely chose this path. Americans rightly want to know how their nation became a global purveyor of junk debt. The US faces a consensus-enabled crisis. Was this outcome a consequence of dysfunctional domestic politics? Or was this the handiwork of those skilled at pitting parties against one another while selling debt to both?