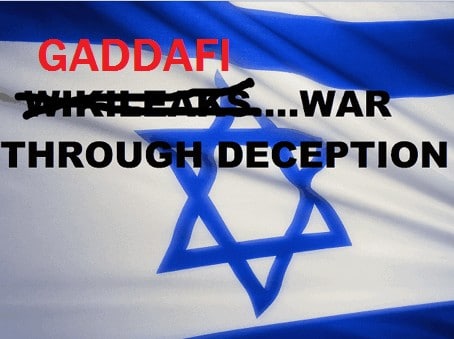 MK Sheetrit says that the two came to Israel to promote business plans; Interior Ministry denies havingauthorized visas for the two, who are allied with Gadhafi.

(Editorial note:  A very lonely story that mysteriously appears when so many “anti-Zionists” are jumping to Gaddafi’s side.)

Kadima MK Meir Sheetrit told Army Radio on Monday that he had met two Libyan diplomats who had come to Israel to “change Libya’s image.”

Interior Minister Eli Yishai said he had not approved visas for the diplomats, said Army Radio, despite the Foreign Ministry’s confirmation of the contrary. The Israeli Embassy in Paris, which issued the visas, would not comment and it is not yet clear who authorized the stamp.

Sheetrit told Army Radio that the diplomats had come to promote business in the country and not out of political considerations. Danon said he had been invited to meet the two because of his expressed support for the Arab peace initiative. He also said he saw nothing wrong with engaging in dialogue with Libyans, as long as no concrete decisions were made during such talks.