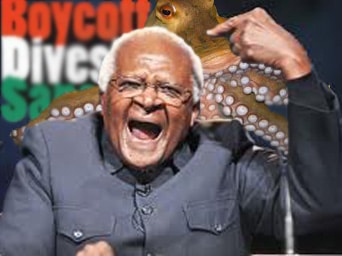 by Sarah Irving on The Electronic Intifada

Even Antony Loewenstein, a seasoned observer of the Press confessed “Even I was taken aback by how the vehemence lasted for so long,” he said of the articles which were to appear, primarily in Murdoch-owned newspapers such as The Australian and The Daily Telegraph.

At a small ceremony on 7 June in Marrickville, a Sydney suburb, local mayor Fiona Byrne was presented with a letter of support from the South African Archbishop Desmond Tutu.

“I want to pay my respects to you and your fellow councilors in Marrickville for taking a stand to isolate the Israeli state,” Tutu wrote. “We in South Africa, who both suffered apartheid and defeated it, have the moral right and responsibility to name and shame institutionalized separation, exclusion and domination by one ethnic group over others. [With] my own eyes I have seen how the Palestinians are oppressed, dispossessed and exiled.”

The letter is regarded by Byrne and her Green Party colleagues as a vindication of the Marrickville Council’s fight — currently unsuccessful — to align its purchasing policies with the Palestinian call for boycott, divestment and sanctions (BDS) against the State of Israel.

As reported in The Electronic Intifada in January, Marrickville councillors voted in December last year to respect the boycott call against Israeli products.

Council officers were tasked with identifying specific products which might fall under the BDS call and to prepare a report specifying the likely costs and impacts of boycotting those goods. The initial council decision attracted little attention for a few weeks afterwards. By the end of 2010, however, Australian anti-Islamic groups had stirred up some controversy, issuing personal attacks on and even threats against supporters of the BDS motion. 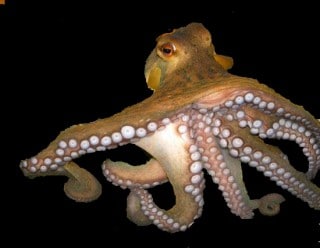 In January, Sydney-based activists and media observers were already speculating that a spate of articles hostile to the council’s decision published in titles owned by media mogul Rupert Murdoch were connected to state-level elections scheduled for that March. Two opponents of the BDS motion, the Labor Party’s Antony Albanese and his wife, Carmel Tebbutt, were both considered at risk of losing seats in public offices to the Greens.

Speaking to The Electronic Intifada several months later, even Antony Loewenstein, a seasoned observer of Australian press coverage of the Israel-Palestine conflict, confessed to having been surprised by what was to come.

“Even I was taken aback by how the vehemence lasted for so long,” he said of the articles which were to appear, primarily in Murdoch-owned newspapers such as The Australian and The Daily Telegraph.

Under headlines such as “Council boycott of Israel ‘self-indulgent’” (The Australian, 13 January 2011) and “North Korea, Marrickville: Going rogue” (The Daily Telegraph, 13 January 2011), Marrickville’s mayor and councillors were accused of “interfering in Middle East affairs,” while inflated estimates of the cost of the boycott to Marrickville taxpayers were publicized in apparent acts of scaremongering (“Marrickville Council faces $4 million bill for Israel boycott,” The Daily Telegraph, 14 April 2011).

Under pressure from the media and with threats of dissolution from the Liberal-controlled New South Wales administration, Marrickville council was forced into a second vote. Several of the councillors who had initially supported a BDS purchasing policy backed down and, after three hours of debate, the majority voted for an apparently contradictory motion which resolved “not to pursue the Global BDS against Israel in any shape or form.”

The council also stated that it remained “concerned about Palestinian human rights and calls on Israel to end the occupation of all Arab lands and dismantle the [West Bank] Wall; ensure the fundamental rights of Palestinians to full equality; and respect, protect and promote the rights of Palestinian refugees to return to their homes and properties.”

Learning from the defeat

The eventual overturn of the council’s BDS policy has brought about a degree of soul-searching among some of Sydney’s Palestine solidarity and Green Party activists.

Questions have been raised about the wisdom of putting the motion forward three months before an election, when it could be used by rival political parties as a campaign tool. The Green Party has been criticized for not laying firmer groundwork before embarking on such a contentious course, for example by having Palestine solidarity campaigners work on a grassroots level to encourage a groundswell of support. And, seasoned commentators such as Loewenstein and Sonja Karkar of Australians for Palestine warn, BDS campaigners need to be prepared to deal with media attacks from the conservative press and the pro-Israel lobby.

“There’s no doubt that the Greens who pushed this forward made mistakes in ‘selling the message,’ said Loewenstein in his earlier interview with The Electronic Intifada. He believes that not enough explanations were given by the Green councillors in Marrickville about why they were supporting BDS, and that more education was needed at a community level about what the issue of Palestine was actually about. This left the Council vulnerable to scaremongering by opponents.

“There was a degree of naivety about the degree of the backlash,” said Loewenstein, although he acknowledged that “no one could have written a script about how it was going to play out.”

Loewenstein believes that the growing success of the BDS movement globally will attract fiercer attacks in future, and that campaigners need to be well prepared to deal with the dirty tactics of the pro-Israel lobby and its media supporters.

“Campaigners who are advocating for BDS need to not simply believe that saying ‘this helps Palestinian freedom’ is enough,” he said. “It’s not — because there are political forces that are going to try and crush it. BDS is taking off in so many parts of world, which is why the stakes are so much higher now.”

As Loewenstein pointed out, there is a “profound disconnect” in Australia between public opinion and government or media positions. On subjects such as military involvement in Afghanistan and Iraq and the status of Palestine, a large portion of the polled population is sympathetic or neutral to withdrawing Australian troops or to the situation of the Palestinian people, he said, but this has little impact on state policy or the attitudes seen in the mainstream press.

Some commentators — and even a few Green politicians and activists — have also blamed the BDS motion in Marrickville for the party’s failure to take a seat from Deputy Premier Carmel Tebbutt in the New South Wales state legislature.

Even Bob Brown, the Green Party’s federal leader, was quoted on the progressive online news site Crikey as saying that “I think it [the boycott] had an effect on it — that’s my feedback from the electorate. I’m picking up from the electorate that it’s a matter of concern … As I’ve pointed out through the campaign, it’s not national Green policy” (“NSW Greens: not easy being green, as high hopes fizzle,” 28 March 2011).

On the other hand, many local campaigners point out that Fiona Byrne managed to achieve one of the highest ever swings from Labor to Green votes against Tebbutt in Marrickville and that for the local electorate, the council’s BDS position was not a key voting issue.

Bringing BDS to the clubhouse

Despite public and private acknowledgement of the errors made and the hard lessons learned from the Marrickville BDS experience, Green politicians and Palestine solidarity campaigners in Sydney remain buoyant.

A new community network has been established in Marrickville to continue campaigning on boycott issues. Plans include protests against local branches of the chocolate bar chain Max Brenner, part of the Israeli Strauss group of companies, which has a long history of support for the Israeli military and in particular its notorious Golani Brigade.

Green Senator Lee Rhiannon, speaking at a Palestine solidarity conference in Sydney in mid-May, also suggested that the high-profile coverage of Marrickville’s BDS motion had been an “own goal” for the Zionist lobby in Australia.

“Marrickville put BDS on the front pages of the national press,” said Rhiannon. “Despite the defeat in March, this has significantly helped raise the profile of the debate on Israel in Australia.”

And in her speech accepting Tutu’s letter, Byrne expressed her hope that hearing about the fight for BDS in Marrickville had offered hope to boycott campaigners in Palestine, in the same way that action against South African products helped to sustain anti-apartheid activists under white rule.

Like Rhiannon, Byrne believes that the greater awareness of BDS and of the issue of Palestine more widely is the most valuable legacy of the Marrickville debacle. Byrne describes how, at a public event weeks after the fateful vote, a local man thanked her for the work her council had done to raise the profile of Palestine among ordinary Australians.

“He said, ‘my mates and I down at Maroubra Seals [a well-known Sydney lifesaving club] talk about the Palestinian people all the time now,’” said Byrne. “I thought, wow! If this middle-aged ocker [slang for traditional white male] Australian is down at his local club talking about the plight of the Palestinian people, then we are actually managing to get out there and raise awareness.”

Sarah Irving is a freelance writer. She worked with the International Solidarity Movement in the occupied West Bank in 2001-02 and with Olive Co-op, promoting fair trade Palestinian products and solidarity visits, in 2004-06. She now writes full-time on a range of issues, including Palestine. Her first book, Gaza: Beneath the Bombs, co- authored with Sharyn Lock, was published in January 2010. She is currently working on a new edition of the Bradt Guide to Palestine and a biography of Leila Khaled.