Home Life A Great Book About the Great Games 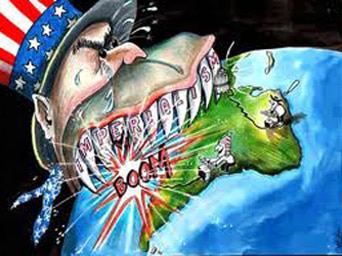 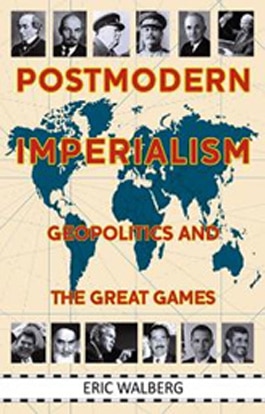 Eric Walberg’s Postmodern Imperialism: Geopolitics and the Great Games is the best introduction to geopolitics that I have seen. Walberg begins by citing such classic theoreticians as Mackinder, Haushofer and Ratzel in his description of how the imperial center drains the resources of its periphery, and how the earth’s geography has dictated a struggle between Eurasian land powers (Russia, China, Germany, Islamdom ) and maritime rimlands (US, Britain, Japan) in which the latter are generally the aggressors — though you wouldn’t know that from their propaganda, which is probably all you ever see if you live in the West.

Walberg traces the evolution of Great Game I (pre-Russian revolution) into Great Game II (the Cold War era) and finally Great Game III (today’s US-British-Israeli war for world conquest). Unlike the functional psychopaths who dominate in Political Science departments and policy-making positions, Walberg never loses sight of the almost unimaginable depravity of the whole enterprise, and the tidal wave of human suffering in which imperialism has nearly drowned the world.

What makes Walberg’s book a real stand-out — and what probably made it unpublishable by the major corporate houses — is his honest analysis of the way the hardline Likudnik Zionists have seized power and dominated Great Game III. Though Walberg does not come right out and say that 9/11 was staged by the Mossad as a Zionist coup d’état, that is the unstated implication of the picture he paints, in which Zionist interests in destabilization and sheer mindless destruction of their Islamic enemies have trumped US interests in stabilizing and exploiting the Islamic rimlands. He hints at this in his introduction when he describes watching 9/11 on TV from Tashkent: “My immediate reaction was that their (the Twin Towers’) collapse simply could not be the work of a band of poorly-trained Muslims orchestrated by someone in a cave in neighboring Afghanistan. Subsequent study has confirmed to me that the events of 2001 had far more to do with US imperialism –and Israel–than Islam.” (p. 16)

Walberg’s exemplary honesty extends to his discussion of the role of Jewish financiers in the creation of the British-American empires, in which the real power resides with bankers, not governments, and the way those same financial powers have established the “postmodern imperialism” of Great Game III: “The importance of the financial world and its use as parapolitics to the game strategy in Great Game III…like the importance of the Rothschilds to the strategies of Great Games I and II, cannot be overestimated. The Protocols of the Elders of Zion was initially viewed and continues to be seen by many as the program of an emancipated nineteenth century Jewish financial elite using Freemasonry as a vehicle to achieve world power. The worth of the Protocols is not assessed here. It is enough to trace the development of the politics of Zionism from attributable sources and to observe the moves it gives rise to.” (p. 178). While the usual suspects will undoubted call him names, I think Walberg considerably understates the case. If, in fact, the Protocols were real, the actual, documented psychopathic viciousness and mendacity of Zionism would make their authors seem relatively benign by comparison.

Along the way, Walberg bravely voices the obvious but taboo answer to the question: Why in the world did the British, the world’s greatest empire, give away Palestine to the Zionists? What was the quid-pro-quo? The answer, as everyone knows but as very few are brave enough to say out loud, is as follows:

“The promise of a Jewish state in Palestine was a direct result of Zionist lobbying of both the British and Germans as World War I dragged on. Jewish bankers were financing both sides in World War I. Rothschild and the Jewish Conjoint Foreign Committee (JCFC) lobbied the British government intensely during World War I to push for a commitment to a post-war Jewish state. As British fortunes ebbed, the JCFC assured Lord Robert Cecil that American Zionists would lobby for US entry into the war if the British were to promise a Jewish state in Palestine after the war.”

In other words, the Zionists were responsible for the slaughter of the 117,465 Americans killed, and the 205,690 Americans wounded, in that utterly meaningless (for the US) war. Compared to the Zionist slaughter of Americans in World War I, the 1967 USS Liberty incident (34 killed, 170 wounded) and the Israeli-Zionist attacks on New York and Washington on 9/11/2001 (2,977 killed immediately, untold thousands wounded and killed by toxic dust, and more than 7,500 dead in the 9/11 wars) were small stuff.

Another potentially controversial bit of truth-telling is Walberg’s discussion of the does-the-tail-wag-the-dog debates (p. 214 – 219). His conclusion is that yes, the Israeli tail does wag the American imperial dog, and more and more people are figuring this out. Walberg cites Anatole Lieven’s argument that Israel offered the US strategic advantages during the Cold War, but has since become “a very serious strategic liability…This is not a case of the tail wagging the dog, but of the tail wagging the unfortunate dog around the room and banging its head against the ceiling.” (p.218).

One of my favorite publishers, Margo Baldwin of Chelsea Green, told me during our radio interview that the biggest taboo in American publishing is criticism of Israel. I hope that the brave folks at Clarity Press continue to bust that taboo, and that Walberg’s brilliant Postmodern Imperialism follows the path blazed by James Petras’s The Power of Israel in the United States (which has now gone through seven printings) to become an underground bestseller.

About the Author: Dr. Kevin Barrett, a Ph.D. Arabist-Islamologist, is one of America’s best-known critics of the War on Terror. Dr. Barrett has appeared many times on Fox, CNN, PBS and other broadcast outlets, and has inspired feature stories and op-eds in the New York Times, the Christian Science Monitor, the Chicago Tribune, and other leading publications. Dr. Barrett has taught at colleges and universities in San Francisco, Paris, and Wisconsin, where he ran for Congress in 2008. He currently works as a nonprofit organizer, author, and talk radio host. His website is www.truthjihad.com.