Home Health Half of Alzheimer’s Cases May Be Preventable 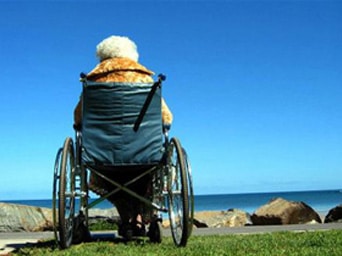 Over half of all Alzheimer’s disease cases could potentially be prevented through lifestyle changes and treatment or prevention of chronic medical conditions, according to a study led by Deborah Barnes, PhD, a mental health researcher at the San Francisco VA Medical Center.

“What’s exciting is that this suggests that some very simple lifestyle changes, such as increasing physical activity and quitting smoking, could have a tremendous impact on preventing Alzheimer’s and other dementias in the United States and worldwide,” said Barnes, who is also an associate professor of psychiatry at the University of California, San Francisco.

The study results were presented at the 2011 meeting of the Alzheimer’s Association International Conference on Alzheimer’s Disease in Paris, France, and published online on July 19, 2011 in Lancet Neurology.

Senior investigator Kristine Yaffe, MD, chief of geriatric psychiatry at SFVAMC, noted that the number of people with Alzheimer’s disease is expected to triple over the next 40 years. “It would be extremely significant if we could find out how to prevent even some of those cases,” said Yaffe, who is also a professor of psychiatry, neurology and epidemiology at UCSF.

The research was supported by funds from the Alzheimer’s Association, the National Alliance for Research on Schizophrenia and Depression, the UCSF School of Medicine and the National Institute on Aging.

SFVAMC has the largest medical research program in the national VA system, with more than 200 research scientists, all of whom are faculty members at UCSF.

UCSF is a leading university dedicated to promoting health worldwide through advanced biomedical research, graduate-level education in the life sciences and health professions, and excellence in patient care.