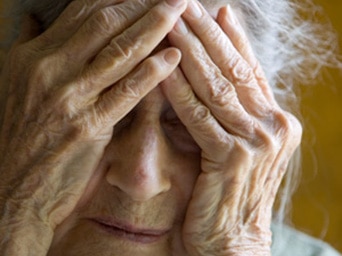 Patients diagnosed with traumatic brain injury (TBI) had over twice the risk of developing dementia within seven years after diagnosis compared to those without TBI, in a study of more than 280,000 older veterans conducted by researchers at the San Francisco VA Medical Center and the University of California, San Francisco.

“This finding is important because TBI is so common,” said senior investigator Kristine Yaffe, MD, chief of geriatric psychiatry at SFVAMC and professor of psychiatry, neurology and epidemiology at UCSF. She noted that about 1.7 million Americans are diagnosed with TBI each year. In addition, she said, TBI is often referred to as the “signature wound” of the wars in Iraq and Afghanistan, where it accounts for 22 percent of casualties overall and affects up to 59 percent of troops exposed to blasts.

The study authors analyzed the medical records of 281,540 veterans age 55 or older who received care through the VA from 1997 to 2000 and did not have a prior history of dementia. They found that 15 percent of veterans who received a diagnosis of TBI developed dementia by 2007, compared with 7 percent of those not diagnosed with TBI. Even after controlling for factors such as age, medical history and cardiovascular health, the authors found that a TBI diagnosis still doubled the risk of dementia.

The findings were presented at the 2011 Alzheimer’s Association International Conference on Alzheimer’s Disease in Paris, France.
Lead author Deborah Barnes, PhD, a mental health researcher at SFVAMC, said that the study is one of the first to examine the association between dementia and different types of TBI diagnosis, including intra-cranial injuries, concussion, post-concussion syndrome and skull fracture. “It didn’t matter what type of diagnosis it was – they were all associated with an elevated risk of dementia,” said Barnes, also an associate professor of psychiatry at UCSF.

The authors speculated that among potential causes for the increased risk, the most plausible is that TBI is associated with diffuse axonal injury, or swelling of the axons that form connections between neurons in the brain. This swelling, explained Yaffe, is accompanied by the accumulation of proteins, including beta-amyloid, which is a hallmark of Alzheimer’s disease. “The loss of axons and neurons could result in earlier ma 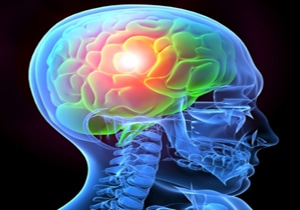 Barnes said that for veterans, the findings have different implications depending on the age of the veteran. “Older veterans who have had some kind of head injury should be monitored over time, so that if signs of dementia develop, treatment can begin as soon as possible,” she said. “For younger veterans, early treatment and rehabilitation following TBI may help prevent the development of dementia over the long term.”

SFVAMC has the largest medical research program in the national VA system, with more than 200 research scientists, all of whom are faculty members at UCSF.

UCSF is a leading university dedicated to promoting health worldwide through advanced biomedical research, graduate-level education in the life sciences and health professions, and excellence in patient care.

The research was supported by funds from the Department of Defense that were administered by the Northern California Institute for Research and Education. NCIRE – The Veterans Health Research Institute – is the largest research institute associated with a VA medical center. Its mission is to improve the health and well-being of veterans and the general public by supporting a world-class biomedical research program conducted by the UCSF faculty at SFVAMC.