Home Government Is Gaddafi a Rothschild? 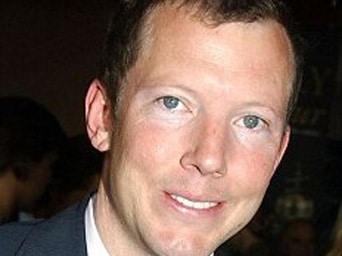 Qaddafi the Jew, the Rothschilds & the Mossad

During a discussion on Israel Radio they just dropped this little tidbit. There is a Jew left in Libya. His name is Muammar Gadhafi. – “You won’t believe this…Gadhafi’s mother was Jewish”

Of his early life little is known, and even less is certain. He was born, it is said, in Sirte, a desert town, the son of a goatherd. Other versions suggest that his real father may have been French, and his mother Jewish.
– “Colonel Gaddafi is turning into a mellow megolamaniac”

Colonel Gaddafi’s close ties to the Rothschild family and the Mossad make complete sense when we consider the fact that he is a Jew, the son of a Jewish mother, according to a report aired on Israeli television.  How much oil money has the brutal Libyan dictator secretly stashed away in Israeli banks?

When an Arab journalist told me that Muammar Gaddafi was Jewish and that his mother’s relative lived in Israel and had been on Israeli television, I thought it must be some kind of joke.  But it’s not.  Here is the Israeli program in which his second cousin and another relative explain that the “Madman of Libya” is actually a Jew.  According to the relatives’ testimony on this show, there is no question that Gaddafi is a Jew under Jewish – and Israeli law.  Gaddafi’s Jewish blood explains his very close connection to the Rothschilds and their preferred intelligence agency – the Mossad.  Now it all makes sense.

An Israeli television program in which Gaddafi’s Jewish roots are discussed, by his second cousin in Israel.  “With a Jewish Grandma, and a Jewish Mother, Gaddafi may seek refuge in Israel”

, according to Israel Insider.

The Israeli television program discusses Gaddafi’s Jewish mother and grandmother.  This is how Israel Insider explains the connection:

“The story goes that Gaddafi’s grandmother, a Jewess, was married to a Jewish man at first. But he treated her badly, so she ran away and married a Muslim sheikh. Their child was the mother of Gaddafi.”

While Gaddafi’s grandmother converted to Islam when she married the sheikh, according to Jewish religious law (and common sense), she was ethnically still Jewish. And that makes Gaddafi’s mother a Jewess. And if Gaddafi’s mother is a Jewess, what does that make Gaddafi?At that point in the news report, the anchor exclaimed, “So, the point is that Gaddafi doesn’t just have Jewish relatives, he is Jewish!”

That may come in handy. According to Israel’s Law of Return, anyone with a Jewish grandparent is entitled to become a citizen, no questions asked.

Gadaffi’s Ties To The Rothschilds 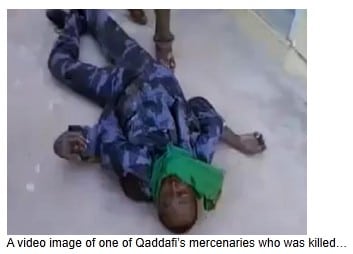 Saif al-Islam Gaddafi, who is seen as the Libyan dictator’s most likely successor, was also a guest of billionaire financiers Jacob and Nat Rothschild at their Corfu villa where the Business Secretary stayed a week…days before it emerged that the Lockerbie bomber was to be freed.

The Qaddafi family is closely tied to and invested with the Rothschild family, which raises the question:  Is Muammar Qaddafi, the brutal and mercurial Libyan dictator, working with Israel’s Mossad?  The evidence suggests that he is.

We need to remember that the Mossad works hand-in-hand with the Rothschild family, which controls global mining and oil production operations.  Libya has the largest proven reserves of oil in Africa and exports about 1.5 million barrels

per day and has important refineries that supply essential petroleum products to Europe.

Let’s look at the evidence that Qaddafi is working with the Rothschild family and their intelligence agency, the Mossad.

First, Libya invested a reported $500 million into Allen Stanford’s money laundering operation that was exposed two years ago this month to be a scam in which some $8 billion disappeared.  Stanford’s operation, based in Antigua and Houston, was one in which senior Mossadniks were both investors and recipients of investments from Allen Stanford.  The Israeli venture capital funds which received millions of dollars from Stanford are all closely linked to the Mossad.  Yair Shamir, the son of the infamous terrorist leader Yitzchak Shamir, was one of the investors in Stanford’s “bank” in Antigua.

Yair Shamir (inset), the son of the notorious Zionist terrorist Yitzchak Shamir, is chairman and managing partner of the Catalyst Fund

, a Mossad venture capital fund that received tens of millions of dollars from the Allen Stanford money-laundering operation.  Shamir was also an investor in the Stanford bank. 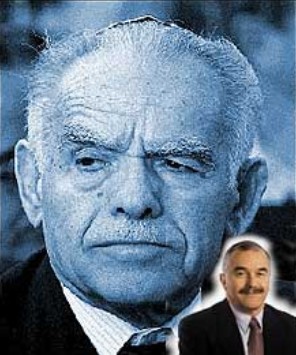 Libya, however, has never made a claim for the lost $500 million.  Why would Qaddafi invest half a billion dollars in a Mossad-linked scam and not ask for the money back?Secondly, there is the Rothschild connection to Qaddafi, through his son Saif.

As the Daily Mail reported

The friendship of oddball financier Nat Rothschild, 39, scion of one of Europe’s most distinguished Jewish families, with Colonel Gaddafi’s epicene son, Saif, is remarkable.  Colonel Gaddafi confiscated all Jewish property in Libya when he came to power. All debts to Jews were cancelled and emigration legally prohibited.  But in 2004 – the year Tony Blair befriended the Libyan madman – Gaddafi said he would discuss compensating Jews stripped of their possessions.  It’s said Saif – who hoped to succeed his father – was behind these moves.  A sop to Nat Rothschild?

that points out the Gadhafi family ties with the Rothschilds:

This was painfully revealed when Saif, a supposed friend of the West, spoke on Libyan television this week. Saif took the awkward manner of an international plutocrat, forced only by circumstances out of his usual exalted milieu of Blairs, Deripaskas, Mandelsons and Rothschilds, to address Libya’s “little people”…Swinging London is but one hub of Gadhafi Inc. – a useful networking site where the Rothschilds were able to point Saif Gadhafi to investment opportunities in marina complexes in Montenegro.

In a profile piece on Saif Gaddafi, The Observer provides more details

about the Gaddafi family’s close ties to the Rothschild family:

Saif is an acquaintance of Lord Mandelson and met the former Labour minister at a Corfu villa [of Jacob Rothschild] the week before it was announced that the Lockerbie bomber, Abdelbaset al-Megrahi, would be released from a Scottish prison. The two men met again when they were guests at Lord Rothschild’s mansion in Buckinghamshire.Rothschild’s son and heir, Nat, also a close friend of Mandelson, held a party in New York attended by Saif in 2008. Saif in turn invited Nat Rothschild to his 37th birthday party in Montenegro, where the financier is investing in a luxury resort.

Saif Gaddafi met with Lord Mandelson (left) and Jacob (4th Baron) Rothschild (center) at Rothschild’s villa in Corfu in August 2009, one week before it was announced that the “Lockerbie bomber” would be released from prison.  Rothschild’s father (Victor, the 3rd Baron Rothschild) worked in British intelligence during World War II in disinformation and espionage. Victor is alleged to have been a Soviet spy, which led him to state in December 1986, “I am not, and never have been, a Soviet agent.”

Then there is the fact that Tony Blair serves as an adviser to Muammar Qaddafi. But who is Blair serving? It is well known that Blair is a Zionist-controlled politician

who has sacrificed hundreds of British lives in the criminal fraud known as the “War on Terror”. The Daily Mail reported in July.

2010 that Blair had secret talks with Qaddafi in Tripoli

Tony Blair was flown to Libya for secret talks with Colonel Gaddafi just days after denying he was an adviser to the dictator.  Mr Blair was ‘entertained as a brother’, a senior Libyan government source has revealed.  He told the Daily Mail that the former prime minister had offered Gaddafi, with whom he is on first-name terms, ‘a great deal of invaluable advice’.

Tony Blair is just one of the many Zionist-controlled politicians who have embraced the madman of Tripoli.  Silvio Berlusconi of Italy, for example, who is very close to Qaddafi, was given the “Distinguished Statesman Award” by the Anti-Defamation League of the B’nai B’rith in September 2003.  If Qaddafi were really the terrorist behind Pan Am 103, would Berlusconi and all these other Zionist-controlled western leaders be allowed to embrace him as a friend?

Lastly, there is the claim made by Victor Ostrovsky in his books about the Mossad that Israeli agents based in Tripoli had sent messages that appeared to have been sent by Qaddafi’s government.  These counterfeit messages were picked up by American intelligence and were used to build their case against Libya.  If Mossad was running such sophisticated intelligence operations in Libya in the 1980s it is more than likely that their penetration of Qaddafi’s government had deepened in the 25 years since.  The evidence strongly indicates that is the case.

SARAH IN TRIPOLIThe revolt and bloodshed in Libya will certainly lead to the end of the 42-year-old regime of Col. Muammar al-Gaddafi and his thugs.  There is very little television footage coming from Libya, but the BBC Newhour program (of February 20) had an excellent telephone interview with a young Libyan woman named Sarah, in Tripoli.  This is a very powerful and moving interview that helps one understand what is really happening in Libya.  The interview with “Sarah in Tripoli” begins shortly after minute 26 and 30 seconds into the program.  One can use the time button and begin listening at 26:30.The interview can be heard on the BBC World Service website here: www.bbc.co.uk

Gaddafi and Silvio Berlusconi of Italy are quite close.  Libya has many investments in Italy, the Guardianreported

, ”These include a stake of about 2% in Fiat, 7.5% of Juventus football club, a 2% stake in – and joint venture with – Italian aerospace and defence group Finmeccanica and 7.5% in UniCredit, the bank.”

Britain’s Tony Blair, who is controlled by Zionist money, was quite willing to embrace the madman of Libya – the same Arab tyrant who is said to have been behind the terror bombing over Lockerbie.  How much sense does this make?