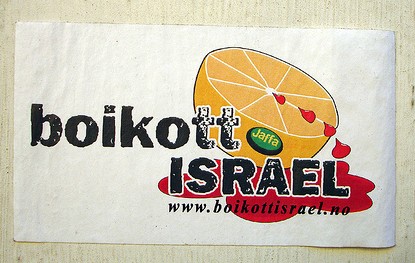 I learned last night from an Israeli online journal, that two days before the Utoya Island massacre, AUF’s (Labour Party’s youth movement) leader Eskil Pedersen gave an interview to the Dagbladet, Norway’s second largest tabloid newspaper, in which he unveiled what he thinks of Israel. 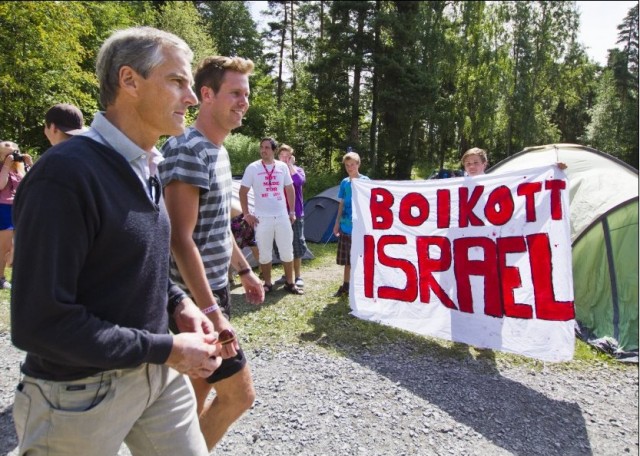 In the course of the interview, Pedersen stated that he “believes the time has come for more drastic measures against Israel, and (that he) wants the Foreign Minister to impose an economic boycott against the country.”

Pederson went on to say, “The peace process goes nowhere, and though the whole world expect Israel to comply, they do not. We in Labour Youth will have a unilateral economic embargo of Israel from the Norwegian side.”

The AUF Labour Party Youth Movement have been devoted promoters of the Israel Boycott campaign, The Dagbladet newspaper reporting that “The AUF has long been a supporter of an international boycott of Israel, but the decision at the last congress, demands that Norway imposes a unilateral economic embargo on the country and it must be stricter than before.”

“I acknowledge that this is a drastic measure”, stated Pedersen, “but I think it gives a clear indication that we are tired of Israel’s behaviour, quite simply”.

According to a variety of internet outlets, Behring Breivik was a regular poster on several Norwegian internet sites, notably the blog document.no, which is run by Hans Rustad, a former left-wing journalist.

Hans Rustad is Jewish, extremely pro-Zionist, and warns against ‘Islam-isation’, violence, and other social problems he assumes to be connected with Muslim immigration.

Alongside the UK’s infamously Islamophobic Harry’s Place and other Jewish pro-war Zionist blogs, the observant amongst us are becoming more and more aware of an increasingly pervasive trend of Jerusalemite internet journals that — ostensibly – like to give the impression of ‘rallying for the preservation of Western culture,’ and of ‘standing up for democratic values’.

For the most obvious of reasons, these blog pages are almost exclusively focused on ‘the problem of Islam,’ and on Muslim migrants’ ‘troubled and reactionary’ communities and politics, whilst all the while, simultaneously, relentlessly and forcefully propounding a propagandistic Zionist agenda.

Interestingly enough, other immigrants are routinely depicted on these blog pages as being ‘harmless’, or as ‘positive contributors to society’ —

–you won’t find Hans Rustad or Harry Place criticising the Jewish Lobbies, the Lord Levy’s or the Russian Oligarchs’ disastrous impact on ‘Western culture’ or on ‘democratic values’ any time soon.

Gordon Duff wrote yesterday in “Veterans Today” that the “car bombing carries the signature of an intelligence agency. Nobody else bothers with such things.”

And indeed it is after all, pretty clear that a car bomb of such magnitude, and an operation of such sophistication is not exactly something a layman can put together with such apparent ease: it would surely take some specialist knowledge, and the question here is, who could provide such knowledge, and such a vast amount of lethal explosives?

I am not in a position at present to firmly point a finger at Israel, its agents, or its sayanim — but assembling the information together, and considering all possibilities may suggest that Anders Behring Breivik might indeed, have been a Sabbath Goy.

Within its Judaic mundane-societal context, the Sabbath Goy is simply there to accomplish some minor tasks the Jews cannot undertake during the Sabbath. But within the Zion-ised reality we tragically enough live in, the Sabbath Goy kills for the Jewish state. He may even do it voluntarily.

Being an admirer of Israel, Behring Breivik does appear to have treated his fellow countrymen in the same way that the IDF treats Palestinians.

Devastatingly enough, in Israel, Behring Breivik found a few enthusiastic followers who praised his action against the Norwegian youth.

In the Hebrew article that reported about the AUF camp being pro Palestinian and supportive of the Israel Boycott Campaign, I found the following comments amongst other supports for the massacre:

26. “It’s stupidity and evil not to desire death for those who call to boycott Israel.’

41. “Hitler Youth members killed in the bombing of Germany were also innocent. Let us all cry about the terrible evil bombardment carried out by the Allied…We have a bunch of haters of Israel meeting in a country that hates Israel in a conference that endorses the boycott.. So it’s not okay, not nice, really a tragedy for families, and we condemn the act itself, but to cry about it? Come on. We Jews are not Christians. In the Jewish religion there is no obligation to love or mourn for the enemy.”

The full facts of the Norwegian tragedy are, as yet, unknown, but the message should by now be transparently and urgently clear to all of us:

Western intelligence agencies must immediately crackdown on Israeli and Zionist operators in our midst, and regarding the terrible events of the weekend.

It must be made absolutely clear who it was that spread such hate and promoted such terror, and for what exact reasons. 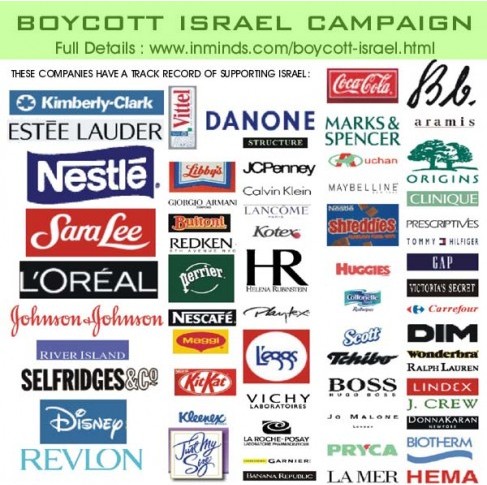