Home Government Churches are Tax Exempt: But Why? 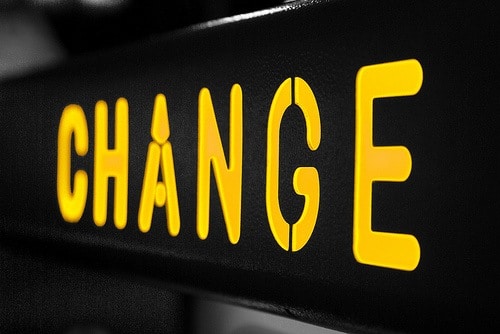 No More Tax Exemption for 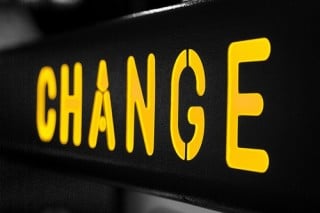 While Americans are forced to move from their homes, due to the inability to pay real estate taxes, churches should not be allowed to ride the “no taxes” gravy train.

Mega churches around the United States are using a tax payer subsidized land grab to ruin our communities. These church conglomerates can buy property for next to nothing because they will have no taxes to pay, thus no overhead on the property.  Buildings they acquire can sit empty and decaying while  “defunding” education of the local area.

They are buying up America at an unprecedented rate with combined holdings that rival or even exceed the largest commercial real estate developers in the nation.  What was, decades ago, an occasional storefront church is now billions in holdings, a virtual industry onto itself, snatching up what had been the commercial life blood of America and converting it into an “evangelical gulag.”

The legislature has deemed that churches can be tax exempt.  Why are they granted this status?  Hey, I would like to be tax exempt too!  Unfortunately our Constitution left the door wide open for tax exemptions for churches.

I bet you live in a community which has at least one, usually several depending on the size, large, expensive structures which do not contribute to the taxes collected for the benefit of schools, libraries, zoos, sanitation, and so on.  Does this seem right, just or even sane?  I vote NO!

I am not against churches as such, but I am strongly opposed to a business, and that is what these groups are, not putting money back into the upkeep of the locality where they sit.  They often offer no assistance to the community, other than what they may “give” to their “members” who often are obligated to tithe to the church they would like to be affiliated with.  Tithing is another name for buying love, help and support.   I derive no support or assistance from any church in my locale.  I also do not note that they are giving to the community at large.

Some of these churches foster racial hatred and almost all have been active in the support of the wars in Iraq and Afghanistan.  The “pastors” are invariably poorly educated, many having come to the region fleeing charges of improprieties of every imaginable kind.

Some church organizations do contribute to charitable causes, but so do I. I may claim a small deduction when filing my federal income tax, but I cannot write off the existence of my house for being charitable.   Charity does not equal religion. It would be ridiculous to assume that is a viable concept.   I am not religious, but I am charitable to humans and animals.  Does one deserve to be rewarded for being good to others?  Again, I would vote NO!  People should be nice and even helpful to others with no promise of a reward, but because it is the decent and human or humane thing to do.

Let me address the “not for profit” phrase and see how that fits with the churches who most surely are for profit.  Let me name a few of the chain churches for you:  Cornerstone (John Charles Hagee) which is Global Evangelism Television.  This is listed as a non profit organization, but if one were to seriously examine the books, where does he get the money to buy his expensive suits or the millions of dollars he gives to Jewish organizations?  Visiting the world’s most expensive resorts, travel in private planes, building churches that can resemble temples or are as large as shopping malls, has to cost something.

The Morman church in itself is a corporation which controls five states and was at one time at war against the United States, and probably still is. Mormans used to dress up like Native Americans and attack wagon trains, slaughtering the men, and carrying off the women and young girls as extra wives.  Does this seem like an organization that should pay no taxes to support schools and all that communities need to successfully survive?

We have a Cornerstone church here and I would invite you to take a stroll around its website at http://cornerstonetoledo.com/#/home.  Be sure to visit the product center and see what they are selling (I would suspect for a profit) directly from their website.

I will not get into how building the cathedrals that dot Great Britain and Europe bankrupted the land and citizens that surround them.  These grand stone cathedrals are awesome structures to behold, but at the time they were constructed, came at the cost of human lives and great suffering and prolonged the Middle Ages.  A history lesson we will not have here.

I could go on but I think you could be getting the point by now.

These churches and church facilities and the buildings and land they acquire for pennies on the dollar take up far more land than our homes do.  We are taxed on the structures we live in as well as the amount of land that our homes and business buildings lie on.

Church organizations can pick up real estate for 20 cents on the dollar, but a citizen such as you and I, cannot buy any property for such a token fee.  These churches can buy up failed movie theaters, shopping malls, strip malls, hotels, and motels, which are lying empty or basically unused and will keep them off the local tax roles with local residents having to pay their tax bills for them.  They use services, police, fire, highway, sanitation that everyone else pays for in taxes.  The properties that they acquire often become  a burden to local society and a blight upon a community.

Actually, what was the legislature thinking when they offered churches tax exempt status in the first place?  While Americans are being forced to move from their homes, due to inability to pay real estate taxes, churches should not be allowed to ride the “no taxes” gravy train. Tax exemptions or abatements (big business and factories get them also) should not be a right, but something that is earned because of the value and or positive contribution to society as a whole.

Do you own a business that is not making a profit this year?  Should you not be placed into the tax exempt column?  Our communities need to find cash in order to stay viable, even at the simplest levels.  At a time when much of our economy is in the process of collapsing, jobs are leaving for other countries (a whole other disgusting matter), workers are being displaced, and health care is unaffordable I think it is time to rethink the exempt status for churches.

Taxes are America’s way of maintaining the fabric of a functioning society.  We vote both for and against them and sometimes we are paying more than we think we should.  It is high time that churches also contribute.