Home World Is Iceland on Israeli radar after Norway? 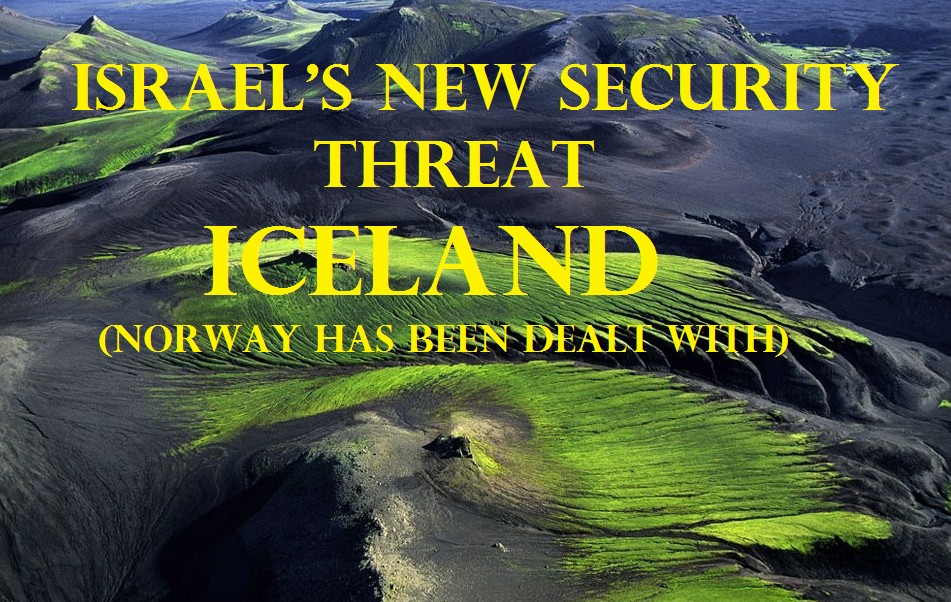 “Mossad is a master at false-flag terrorist attacks designed to alter perceptions and punish opponents of Israeli policy. The fingerprints of Israeli intelligence are all over the 9/11 attacks on the United States, the 3/22 train bombings in Madrid, the 7/7 transit bombings in London, and, now, the 7/22 attacks in Norway… While the Israeli-influenced corporate media has droned on and on about the dangers of Islamist terrorism, it is now obvious that the major threat to public safety comes from the State of Israel, a rogue nation that does not hesitate to murder the innocent to achieve its sordid political aims,” Wayne Madsen, July 25, 2011. 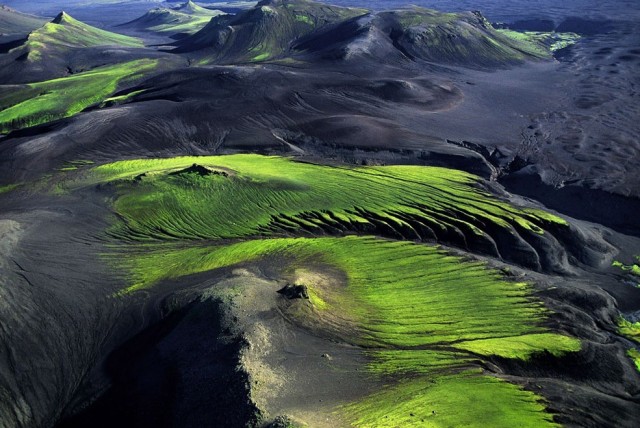 On March 9, 2011 – The BBC reported that property tycoons Robert and Vincent Tchenguiz were arrested as part of an investigation into the collapse of Icelandic bank Kaupthing. However, it was not mentioned that the two brothers were Israeli citizen and their father, Victor Tchenguiz, was an Iranian Jew and the royal jeweller of King Reza Shah (d. 1979). According to The Telegraph (March 6, 2010), Vincent Tchenguizs once dated Dorrit Moussaieff, the Israeli-born Jewish wife of Iceland’s President Dr. Ólafur Ragnar Grímsson.

Now, why I am mentioning this Jewish power in the tiny country Iceland with a population of 320,000? Well, the other day, I read Manfred Gerstenfeld’s Op-ed in Israeli daily YNet (July 18, 2011), entitled ‘Iceland against Israel’. Dr. Manfred is a political activist and Chairman of Board of Fellows at the Jerusalem Center for Public Affairs. His grievances against Icelanders are not much different to the anti-Israel activities of Norwegians, which really scares me.

Iceland’s FM Ossur Skarphedinsson visited Hamas territory Gaza last week. He promised Palestinians Iceland’s support in their bid for statehood at the next United Nations General Assembly. He studiously avoided any diplomatic contact with Israel on that trip but visited Jordan and Egypt. Earlier this month, the Icelandic Birgitta Jonsdottir was the first parliamentarian of any country to visit participants of the Israeli sabotaged Gaza flotilla II.

During 2010 United Nations General assembly meeting – Iceland’s foreign minister spoke out against Israel. When FM Lieberman wrote to him on this issue, Skarphedinsson did not answer. He did not even confirm receipt of Lieberman’s letter. Skarphedinsson also ordered Icelandic diplomats to remain in the hall while Iranian President Ahmadinejad spoke at the Durban review conference in Geneva in 2009. Diplomats from almost all other European countries left.

The Icelandic Parliament had condemned Israel and some members suggested placing sanctions on the Zionist entity or even breaking off relations with it. When the Olmert government sent Minister Yuli Tamir to Europe during the Gaza invasion (2008-09) , Iceland refused to receive her.

In the 17th century, Icelandic clergyman Hallgrimur Pétursson composed a wide selection of hymns. In these hymns, Jews are mentioned more than 50 times, yet only for their “perfidy, falseness, wickedness and other malice.”

Iceland had refused to prosecute Evald Mikson who allegedly murdered Jews in his native Estonia until 1993. Mikson had found refuge in Iceland where his sons played in the national soccer team. Iceland’s President Olafur Grimsson had the nerve to comapre Mikson with Israeli murder of Hezbollah leader Abbas Musawi and of Israeli attacks on southern Lebanese towns.

And finally Manfred’s humor. Iceland is pro-Muslim because it is trying to become a non-permanent member of UNSC for which it needs Muslim votes at the UN General assembly and Icelanders’ anti-Semitism is due to the fact that only a few Jews live in that country.

Iceland’s Muslim population is less than 50.

“Mossad is a master at false-flag terrorist attacks designed to alter perceptions and punish opponents of Israeli policy. The fingerprints of Israeli intelligence are all over the 9/11 attacks on the United States, the 3/22 train bombings in Madrid, the 7/7 transit bombings in London, and, now, the 7/22 attacks in Norway… While the Israeli-influenced corporate media has droned on and on about the dangers of Islamist terrorism, it is now obvious that the major threat to public safety comes from the State of Israel, a rogue nation that does not hesitate to murder the innocent to achieve its sordid political aims,” Wayne Madsen, July 25, 2011.

The people of Iceland are being accused of being anti-Semitic.  Nonsense.

Yesterday, an article on the website of the Reykjavík Grapevine about Icelandic- Israeli relations caught my attention and filled me with deep concern.

The Grapevine reports on another article calling Iceland and its people anti-Semitic.

During his recent visit to the Palestinian region, the Foreign Minister of Iceland, Össur Skarphédinsson, expressed his support for a potential Palestinian state and thereby offended certain people.

By Monday, 18th July, Mr. Manfred Gerstenfeld, who is a political activist and Chairman of the Board of Fellows at the Jerusalem Center for Public Affairs, published an opinion piece on the Israel based news website Ynetnews (the internet site of Yedioth Ahronoth, Israel’s most read newspaper), titled “Iceland against Israel”.

In this article Mr. Gerstenfeld slams the Icelandic government for showing “considerable arrogance towards Israel” and says Foreign Minister Össur Skarphédinsson was well- known for his “plain egotism”.

Ok, I understand the conflict of Israel and Palestine is debatable and Mr. Gerstenfeld is of course entitled to his own opinion.

What makes me angry is the arrogance and condescension he’s displaying towards the Icelandic nation.

In his little pamphlet he discredits and belittles my adopted home in a patronizing and mean way.

I am obliged to set a few things straight.

Mr. Gerstenfeld, whose main occupation is being an environmental expert and business consultant, begins his lampoon with a smug comment about Iceland gaining “major publicity” with the collapse of its banks in 2008 and “when ash clouds from an eruption (…) caused major disturbances in European air traffic”.

Alright, I admit it: the financial meltdown and the volcanic eruption were all part of a well-planned, genius publicity stunt.

Yes, Mr. Gerstenfeld, we know that as well.

Have you ever thought about who is suffering most from the financial crisis?

I bet you haven’t wasted a single thought about the Icelandic people.

Do you think the Icelanders are enjoying living in bankruptcy?

Furthermore, Mr. Gerstenfeld tries to paint Iceland as anti-Semitic country simply based on the fact that only very few Jews live there.True, only very few people in Iceland are Jews.

Does that mean the country is anti-Semitic?

Do we measure the worth of a country by the number of its Jewish inhabitants?

Thereof not even 2% are of Roman Catholic belief, so do you call Iceland anti-Catholic?

Also, Mr. Gerstenfeld criticizes that there is only one “expert on the country’s attitude toward Jews” in Iceland.

What kind of an argument is that?

Is that supposed to be evidence of Iceland’s anti-Semitism?

Iceland is a nation of 320 000 people- just to remind you- how many experts on Jews and Anti-Semitism must one have?

Reading Mr. Gerstenfeld’s article over and over again made me really mad. One should think the Chairman of the Jerusalem Center for Public Affairs would write a witty, well-balanced article on a higher level and not something so terribly biased and lacking in strong and substantial reasoning.

It almost seems as if he wants people to be anti-Semitic.

By all means, not everything is peachy in the country of fire and ice.

In the past, Iceland certainly didn’t cover itself in glory regarding its behavior towards Jews.

But that’s the past, and what’s done is done.

Many Icelanders are quite xenophobic and there is quite a lot of room for improvement.

I know what I’m talking about; I’m a foreigner living in Iceland.

Despite all suspicion, fear and ignorance towards útlendingar (“Foreigners”) Icelanders are curious, up for discussion and open to being convinced otherwise.

To me it doesn’t seem like there was an anti-Semitic climate in Iceland, people uttering Nazi comments in public are usually considered to be idiots and don’t get any approval.

There is just no presence of Jewish culture in Iceland at all and that’s only due to the small number of Jews.

Dr. Vilhjálmur Örn Vilhjálmsson, archaeologist and curator at the National Museum of Iceland and researcher at the Danish Center for Holocaust and Genocide Studies, wrote an interesting online publication with the topic “Iceland, the Jews and Anti-Semitism, 1625-2004.”

To conclude, Mr. Gerstenfeld’s so called “opinion piece” is nothing but a patronizing, paranoid and polemic piece of propaganda that is unfair and offensive to the people of Iceland.

The fact that the Icelandic government may have issues with Israel’s treatment of Palestine has nothing at all to do with anti-Semitism.