Home Veterans Exactly How Big Is This So-Called Al Qaeda? 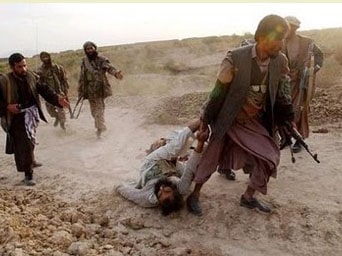 People keep talking about which country we should be getting out of, or, how many more countries we should get into to fight against terrorist Al Qaeda. No one is asking what Al Qaeda is or who really these supposed Al Qaeda terrorists are.

For almost 10 years we have been engaged in a massive and many-fronted war advertised as a war on terror-war on Al Qaeda. Recent reports put the total cost to America of this war on terror at around $3 trillion. This is not counting un-countable covert operations with secret budgets, and it does not include the war in Libya or covert wars elsewhere.

For the last 10 years of the Cold War, the period of our heightened expenditures against a war marketed as a war against communism, we reportedly spent slightly under $3 trillion.

For a moment let’s forget about the exaggerated and sometimes dubious Soviet threats that were being sold to our nation during the Cold-War, and assume all of them legitimate and warranted. Okay?

We had the Soviet military with over 5 million men. We were dealing with Long-Range Ballistic Missile capabilities. We had an empire with a declared arsenal of 39,967 tons of chemical weapons. We were faced with massive nuclear arsenals and warheads, sophisticated fighter aircraft, tanks… All that, and of course the added fear propaganda and jazzed up other threats to go with it. My point here is not how scary an adversary the USSR was to the United States. Here is what I want you to do:

Take into perspective and compare the size, budget, militaristic and technological capabilities, and the vast power of our former adversary, the USSR, to the current alleged terrorist adversary, Al Qaeda, whom we have supposedly been fighting for ten years.

Let’s first begin by engaging in a rational process of elimination, and take out the wars and targets that are not related to the 9/11 terrorists, the supposed Al-Qaeda. That will take out Iraq and Saddam Hussein, and also Libya and Gaddafi.

Next, we should take out Afghanistan as a terrorist nation state. Afghanistan has been under our occupation for almost ten years, and we have our puppet government installed there, and when it comes down to it, the Taliban does not equate to Al-Qaeda, it never did. The Taliban did not exercise terrorism in the United States or its Global territories.

We must also remove Pakistan as a terrorist country, thus a nation state target. If you remember, neither the quasi 9/11 Congressional Inquiry nor the quasi 9/11 Commission Report ever declared the Pakistani government/nation as terrorists or an Al-Qaeda member. Let us go with their official judgment. After all, haven’t we been giving Pakistan billions of dollars in US aid since 9/11 and continuing to date? Wouldn’t it be ridiculous to on one hand categorize our drone war there as war against Pakistan as a member of the Al-Qaeda terrorist network, and on the other hand support and finance them? Exactly; that eliminates Pakistan as an Al-Qaeda nation-government. Are you with me so far? What does this leave us with?

Our war on Al-Qaeda terror does not include a single nation state or organized state military. No military infrastructure or headquarters. No trained army-navy-air force. No tanks, warplanes, nuclear warheads, drones. No intelligence institutions or landmarks. No communication satellites. No technology. No borders. No GDP…

The supposed Al Qaeda’s top leadership was declared by our government to be Osama Bin Laden, aka Al Qaeda Commander in Chief; a sickly old man who was hooked to a dialysis machine; who supposedly lived and hid in caves, and later, in a mud house located in a remote third world village with chickens and goats. A man who sustained himself and his family by periodically selling his wives jewelry or bartering milk from his goats for occasional lamb chops. All this according to our own government; coming out in bits and pieces, and of course, sometimes in a totally contradictory fashion.

The supposed Al-Qaeda network’s communication and intelligence sharing infrastructure, according to our government, was kept very simple to evade our trillion-dollar

intelligence institutions. The Al-Qaeda commander-in-Chief wrote down notes and instructions. He then waited for the courier to come and pick it up. The old man courier would hop on a donkey and travel from a bigger town to the Commander-in-Chief’s mud house in a third world village. This sometimes took several days. He’d take the note, then hop on his donkey, and go back to the town where he’d meet another intermediary courier. The intermediary courier would take the note to a nondescript little house, climb up to the roof where he kept trained courier pigeons and hawks, and based on the importance of the communication given to him, he’d either choose a hawk or pigeon to send the intelligence to the next courier. The next one used couriers who traveled to the remote deserts by camels, and so on and so forth.

How about the sophistication of weapons-methods used by our target terrorists, the ominous Al Qaeda? We are talking about a dozen or so pocket knives priced at approximately $4 a piece (probably made in China), and of course if bought in bulk, for a total under $40. That for the supposed execution of the massive terror plot over here, in the world’s super power nation. As for other worldwide terror incidents that have been placed under the ‘Al Qaeda Track Record,’ we are talking about rudimentary bomb-making ability paired up with ultra simple bombs created by ingredients such as fertilizer; we are talking a few loads of cow dung here; literally, that is.

What about the size of the manpower these terrorists, Al-Qaeda, possess? Interestingly no one in our government has ever touched upon any scientific or even commonsensical estimate as to the number of active-combative Al-Qaeda terrorists. Instead, our government, through their stenographers in the media and their marketing arm in the Hollywood filmmaking industry, has succeeded in forming this public perception of a massive number of boogieman-Al Qaeda-terrorists out there who are actively and constantly planning and executing terror plots against the West. Thus, to get a certain level of rational perception we must look at some factual indicators:

We have had this $3 trillion ‘War on Al Qaeda Terror’ for the last 10 years with nearly a quarter million military members, thousands and thousands of intelligence operatives and analysts, highly sophisticated and gigantic intelligence gathering tools (Think NSA, satellite technologies, wiretaps, spooks and snitches), mega rewards for turning in Al-Qaeda members …You’d think in ten years of these constant war and intelligence gathering operations we’d have tens of thousands of captured Al-Qaeda terrorists in our jails here and abroad. No?

Interestingly ‘No.’ Let’s take a look at the mother of all our captive top Al Qaeda terrorists detention center; Guantanamo Bay:

Since October 7, 2001, when began the war in Afghanistan, 775 detainees have been brought to Guantanamo. Of these, most have been released without charge or transferred to facilities in their home countries. The Department of Defense often referred to these prisoners as the “worst of the worst”, but a 2003 memo by then Secretary of Defense Donald Rumsfeld says, “We need to stop populating Guantanamo Bay (GTMO) with low-level enemy combatants … GTMO needs to serve as an [redacted] not a prison for Afghanistan.”

Currently we have less than 200 detainees at Guantanamo most of whom have not been proven guilty of being ‘Al Qaeda terrorists.’ Let’s be even more generous and count in those detained in other US military prisons like Bagram. Again, we are looking at 500 or so prisoners none of whom having ever been charged; none of whom legally found to be an Al Qaeda terrorist.

Does this make sense to you? Does it make sense as far as the trillions of dollars you have been made to pay for this? What are we talking about here? A massive never-ending war against a fantastical network of technologically and militaristically dwarfed terrorists whose proven guilty members we haven’t been able to catch or kill.

Everyone is busy arguing whether we should cut or add a few billion dollars to the several trillion dollars war on Al Qaeda. People keep talking about which country we should be getting out of, or, how many more countries we should get into to fight against terrorist Al Qaeda. No one is asking what Al Qaeda is or who really these supposed Al Qaeda terrorists are. The question that never seems to come up is exactly how big is this Al Qaeda we are spending trillions of dollars and thousands of lives fighting against. I mean no one.