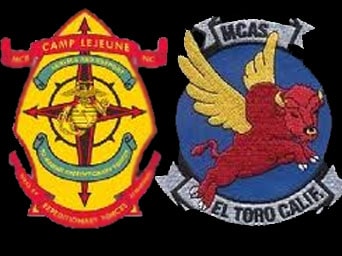 (WASHINGTON, DC) – Former Marine Corps Air Station El Toro, California, is a safer environment today than prior to its closure in July 1999. Since the 1980s, the Navy spent hundreds of millions on remediation work at the base.

When El Toro made the National Priority List (NPL) in 1990, the government knew the extensive contamination on the base was a serious health hazards for those living and working on the base with 25 contaminated sites. The exposure to contaminants in the air, soil, and groundwater exposed the base’s population to the risks of injury and premature death. Veterans of El Toro and other NPL military installations (EPA Superfunds) are left to their own resources to pay for expensive health care or turn to a too often hostile VA for critical health care.

With the exception of Camp Lejeune, the government has not notified any veterans of the NPL military sites of their possible exposure to environmental hazards and their health effects.

The Navy and Marine Corps have steadfastly refused to accept responsibility for injuries from the contaminated water wells at Camp Lejeune.  The base’s wells were contaminated with volatile organic compounds and benzene over a 30 year period (1957-1987).  Some have even accused the Corps of running a public relations program when they are faced with a public health problem.

There’s no medical monitoring or health care for those injured at either base, and hundreds of Federal tort claims for Camp Lejeune have been filed with the Navy JAG. No action has been taken on the tort claims.  At the moment, they are just dust collectors.  Claimants have the right to pursue action in Federal court after six months and a few have taken that step.

Legislation was introduced in Congress to provide for medical care for Camp Lejeune Veterans and their dependents injured from the base’s contaminated water wells through the Department of Veterans Affairs. There is no effort underway to provide for similar injuries for those with exposure to toxins at El Toro.

The Navy and EPA deny former MCAS El Toro’s base wells were contaminated and may have been abandoned very early when municipal water was purchased but the evidence doesn’t support this position.

All of the El Toro’s original well construction drawings are missing, together with several decades of water distribution engineering drawings. A major TCE plume cut a path right through the base wells. TCE averaged 50 ug/L to 500 ug/L in the area of the base wells. This is 10 to 100 times the EPA Maximum Contaminant Level (MCL). Only a physical inspection of the wells could determine the locations of the well screens.  Never happened.  The Navy sealed all the wells in concrete; the last two in 2007.  If you’re thinking ‘government cover-up,’ you’re on target.

At Camp Lejeune, the contamination of the base wells with organic solvents and benzene is a documented fact. The contamination covered a 30 year period from 1957 until 1987 and may have exposed as many as one million people to toxic chemicals. The Marine Corps refuses to accept responsibility for any injuries and deaths from Lejeune’s well water. Senator Daniel Akaka, the former Chairman of the Veterans Affairs Committee, after hearing testimony on Lejeune’s contamination said that the Marine Corps had been less than forthright.

The number of injuries and deaths from both bases could have been mitigated with medical care monitoring. With 130 military bases on the NPL, the Defense Department faces a huge potential liability from dependents and civilian workers (the only ones who can file tort suits). This may be the raison d’etre for the Marine Corps’ refusal to accept responsibility for injuries from Lejeune’s contaminated wells. To do so, may open the door to millions of others who were exposed to Contaminants of Concern on 130 NPL military installations and were seriously injured from these exposures.

MilSpeak will publish in October or November 2011, A Few Good Men, Too Many Chemicals.  The book was coauthored by Tim King, an El Toro veteran and founder of Salem-News.com, and me  to alert those who were stationed at these two Marine bases and all military installations on the NPL of the contamination they may have been exposed to and their health effects; to solicit Congressional support to require the VA to provide medical care monitoring and health care for those injured by exposure to environmental hazards; to provide scientific expertise within the VA to fairly evaluate Veterans Disability and Compensation claims for current medical conditions linked to exposures to Contaminants of Concern at military installations on the NPL and elsewhere; and to require the VA and the Veteran Service Organizations (VSOs) to establish internet links on their websites to all NPL military installations on the EPA Superfund database. The internet links provide lists of contaminants found on the NPL sites and the health effects of exposure. The websites can then be easily accessed by private health care providers and the VA medical doctors and may be especially helpful to medical care providers in determining the cause of Veterans’ medical conditions and the best treatment options.

The VA needs expertise from scientists with backgrounds in environmental exposure or environmental assessment, heath monitoring, and other relevant fields to make fair and unbiased decisions on military installations where there’s evidence of probable exposure to environmental hazards.

Scientists with these skills and under the authority of the VA need subpoena authority to require testimony from witnesses and to obtain information on Contaminants of Concern on military installations resident in DOD databases or in dusty file cabinets. Their mission would be to provide expert recommendations to the VA Regional Offices on VA Disability and Compensation claims for exposure to environmental hazards at NPL military installations and elsewhere.

The Navy and Marine Corps and Congress are faced with the choice of ‘doing the right thing’ by supporting efforts to provide medical care and  compensation to those injured from exposure to environmental hazards while on active duty or facing the backlash from veterans for not doing so.

With the exception of the two senators from North Carolina and Congressman Brad Miller and their co-sponsors on two bills introduced in the 112th Congress, there’s no interest in increasing the national debt to pay for veterans and their dependents injured on Superfund installations.  Senators Richard Burr and Kay Hagan and Congressman Miller may be forced to seek unpopular  offsets in other programs to pay for the Camp Lejeune heath care for veterans and their dependents.

The facts are that Marine Veterans and dependents were exposed to toxic chemicals at both El Toro and Camp Lejeune. The routes of exposure  through ingestion in the water wells are clearly documented at Camp Lejeune and hidden in a fog of missing documentation at El Toro, but nevertheless present.

Readers can help bring about these necessary changes by writing their Congressional and VSO representatives, asking for their support for the VA to: