Home World It Is Time to Listen To King Hussein 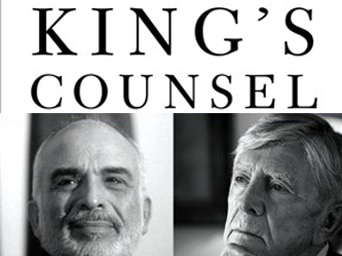 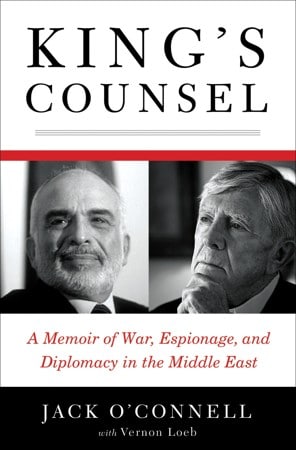 King Hussein was betrayed by both Israel and the US, as Israel continued “colonizing the occupied territory, and the Palestinians were left without a state.”

This betrayal was the price Hussein paid “to find out that the Israelis preferred land to peace and that the Americans didn’t care which of the two the Israelis chose.”

From time to time, just as the Middle East political cauldron reaches one of its major boiling points, the New York Times‘ Thomas Friedman sits down to write an open letter to the leaders of a particular Middle Eastern state, offering sage advice on what action Friedman thinks the leader should take.

Thus far, I have resisted following the Friedman letter-writing format. But the time has come for me to do my own version of Friedman speaking truth to the powerful.

I do not expect my communiqué to have the impact of a Friedman letter (his readership is larger), but I do have a suggestion that I think would be helpful to the six-member Palestinian delegation that will soon request full membership in the United Nations General Assembly.

I propose that they each read, very carefully, a new book, by Jack O’Connell, King’s Counsel: A Memoir of War, Espionage, and Diplomacy in the Middle East.

Here is why I believe this book is important:

Jack O’Connell was a young CIA agent who was sent to Jordan by the agency to help preserve the monarchy of King Hussein, the father of the current King Abdullah. O’Connell was 37 and King Hussein was 22 when they first met.

This book was the memoir that King Hussein wanted to write. O’Connell relied on his own notes and records, and on long interviews with the King over the years that O’Connell worked as Amman CIA station chief.

Paul R. Pillar , a former national intelligence officer for the Near East and South Asia at the CIA, wrote a review of King’s Counsel for the Washington Post. Pillar teaches at Georgetown University and is the author of the forthcoming “Intelligence and U.S. Foreign Policy.” He describes O’Connell’s role as station chief:

O’Connell was heavily involved as an intermediary between Hussein and senior U.S. officials in the negotiation of United Nations Security Council Resolution 242, the framework for what was supposed to have been Israel’s withdrawal from territories it occupied in the 1967 war. O’Connell’s account makes it clear that the United States promised Hussein that withdrawal meant a full pull-out subject only to “minor reciprocal border rectifications.”

This paragraph alone should be marked and absorbed by the Palestinian delegation, before its members make its case to the 193-member UN General Assembly. In talking to other nations’ delegates, the Palestinians will want to insist that Israel’s claim to any West Bank land  along the 1967 borders must be rejected in any future agreement, except for “minor reciprocal border rectifications”.

Har Homa, for example, is not a “minor reciprocal border” adjustment.  It is rather, a colonial housing development that destroyed the forests which covered the Palestinian mountain once known as Jebel Abu Ghneim.

The 2011 General Assembly that meets to discuss a Palestinian request for membership should be reminded that on March 12, 1997, the GA passed the first of several resolutions by a margin of 130 to 2, with the two negatives votes cast by the United States and Israel. The initial resolution expressed “deep concern at the decision of the Israelis to initiate new settlement activity in the Jebel Abu Ghneim area,” using the Arabic name for Har Homa.”

The initial resolution also labeled all settlement activity “illegal and a major obstacle to peace,” and urged that Israel “refrain from all actions or measures, including settlement activities, which alter the facts on the ground, preempting the final status negotiations, and have negative implications for the Middle East Peace Process.”

This Har Homa project, now a massive colonial housing development along the highway between Jerusalem and Bethlehem, was built after King Hussein renounced any Jordanian claim to the West Bank and signed its peace treaty with Israel in 1994.

O’Connell makes it clear in his book that King Hussein was betrayed by both Israel and the US, as Israel continued “colonizing the occupied territory, and the Palestinians were left without a state.”

This betrayal was the price Hussein paid “to find out that the Israelis preferred land to peace and that the Americans didn’t care which of the two the Israelis chose.”

O’Connell adds that “in the king’s mind, no good would come” from this situation”. He was right.

This book contains other remarkable examples of American resistance to Israel’s conduct. O’Connell writes at one point of a telegram from President Jimmy Carter to Israeli Prime Minister Menachem Begin in which Carter told Begin that unless he stopped using US military equipment to shell PLO units, he would stop US military aid to Israel.

O’Connell writes that he personally doubted that Carter could carry out his threat because of the congressional support behind Begin.  But the Israeli leader could not be sure, so he stopped the raids.

Then there was speculation from O’Connell that when Carter said in a speech that the Palestinians had “the right of self-determination”, Israel began immediately to link all things Palestinian to “terrorist”. The label worked with the American media and the American public.

I will write more about the “self-determination” incident in a later posting, but for the purpose of this Friedman-style suggestion to the Palestinian six-member delegation that travels to the UN General Assembly in September, I will save that story for a second installment on O’Connell and King Hussein.

Meanwhile, the Palestinian delegation should listen to King Hussein and acknowledge what has long been obvious: Israel has never wanted to negotiate for any fair agreement with the Palestinians in the West Bank and Gaza.  Israel wants it all.

The UN General Assembly should recognize this reality and give Palestine a proper statehood with contiguous, realistic borders that will not hand over large Palestinian land masses to Israel.

ABOUT  THE AUTHOR: James Wall is currently a Contributing Editor of The Christian Century magazine, based in Chicago, Illinois.  From 1972 through 1999, he was editor and publisher of the Christian Century magazine.  He has made more than 20 trips to that region as a journalist, during which he covered such events as Anwar Sadat’s 1977 trip to Jerusalem, and the 2006 Palestinian legislative election. He has interviewed, and written about, journalists, religious leaders, political leaders and private citizens in the region.  Jim served for two years on active duty in the US Air Force, and three additional years in the USAF (inactive) reserve. Jim launched his new personal blog Wallwritings, on April 24, 2008. He can be reached at:  [email protected]

“As the Arabs see the Jews”
His Majesty King Abdullah,
The American Magazine

I am especially delighted to address an American audience, for the tragic problem of Palestine will never be solved without American understanding, American sympathy, American support. Read here

The North Berwick golfer claimed her first win as a professional in this event when it was held in Melbourne seven years ago, and she’s not been back since she was the defending champion in 1997.

Matthew said: “This is different venue but it’s a tournament that will always have special memories for me and it’s good to be back again after such a long time.” Mhairi McKay was the top Scot last week – she tied for 16th – while Janice Moodie chucked away the chance of a top-10 finish with a triple-bogey seven at the last.

It cost her around pounds 3500 in prize money and – perhaps as importantly – some Solheim Cup ranking points.

She said: “It’s alway horrible to end a tournament on such a bad note but the game overall was pretty good last week.

Kathryn Marshall, Julie Forbes and Dale Reid are the other Scots in the field this week, while Laura Davies is confident she can make it two wins in a row. web site 7 year itch

The 39-year-old former world No.1 said: “My driving is back on form and the season is off to a flier.

“I’m hitting it longer and straighter than ever and I’m expecting to figure again this week.” Loch Lomond, Scotland’s most exclusive club, has bought Southern Gailes which is rated as one of the finest new links courses in the game.

Designed by American architect Kyle Phillips, who was responsible for the outstanding Kingsbarns course, the Ayrshire layout will be open for play this summer.

Loch Lomond president and chairman Lyle Anderson said: “I really believe Southern Gailes has the potential to become recognised as one of the great links courses anywhere.” Aberdeen barman Neil Mitchell and fireman Andy Cooper made it an amateur one-two in the North-east of Scotland Alliance competition at Murcar yesterday.