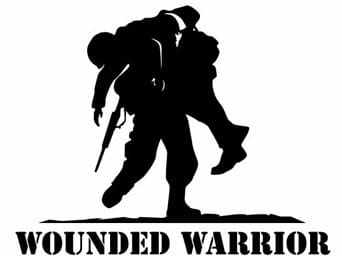 WASHINGTON, Aug. 8, 2011 – The military has made great strides in warrior care over the past decade of war, but much work remains to be done, particularly when dealing with the invisible wounds of war, the Army vice chief of staff said today.

Speaking at the Warrior Transition Command’s Warrior Care and Transition Program Training Conference in Orlando, Fla., Gen. Peter W. Chiarelli discussed the challenges posed by the complexity of today’s war injuries and the initiatives in the works to improve care for troops and their families.

“There’s no more important work than caring for our own,” the general told the audience. “It’s absolutely critical we do everything we can to assist those service members and families dealing with [injuries] now and in the future,” he said.

The nation has been at war for nearly a decade, he said, and it remains a difficult endeavor in many regards. The terrain is physically demanding, and the enemy’s primary mode of attack is the homemade bomb, he noted, which has left in its wake lost limbs, severe burns and complicated invisible wounds of war, such as traumatic brain injuries and post-traumatic stress.

“These invisible injuries represent the signature wounds of war,” Chiarelli said. “Given the complexity and, in some instances, the latency of symptoms, it’s very likely we’ll be dealing with them and helping veterans cope for decades to come.”

The military has made great progress with the physical wounds of war, Chiarelli noted. He said he often challenges audiences to find a negative article about how the Army is caring for service members with the loss of a limb or multiple limbs. They’d be hard-pressed to find one, he noted.

“The advances made in prosthetics in the past 10 years are nothing short of amazing,” he said. “I can go to the hospital and look a kid in the eye who had been in a blast and tell him, ‘Six months from now, your life will look a lot better than it looks today.’”

He can’t, however, make the same promise to a service member with TBI, the general said.

“Unfortunately, the study of brain injuries is in its infancy,” he said. “We just don’t know enough on how to fully heal, or in some cases, even effectively treat injuries to the brain.” As a result, the general noted, service members and their families dealing with these injuries often are discouraged, frustrated and even disheartened.

Chiraelli recalled meeting a young Army wife at a TBI roundtable. Her husband had been injured in a blast in Iraq, he said, and was struggling to cope with TBI along with post-traumatic stress. The children were having a tough time understanding why their father was withdrawn and depressed since he looked physically fine, the general said, and the wife was overwhelmed by the situation. She was afraid to leave her husband alone, even to run to the store for a carton of milk.

“These are the challenges we’re dealing with now,” he said. “While there’s promising research under way, the fact is we have a long, long way to go. Even when it seems you are doing everything you possibly can for these soldiers, in some instances, it’s just not enough.”

Still, Chiarelli noted, the military has made tremendous progress in warrior care. He praised the creation of the Army’s Warrior Transition Command — which serves as the lead proponent for the Army’s Warrior Care and Transition Program — as well as military- and community-based warrior transition units.

Warrior transition units have proven a great success, he noted, with a goal not just to treat injuries, but to foster every individual’s independence. And future initiatives will help to build on this success, he said, citing a few examples.

The Defense and Veterans Affairs departments are working together to develop a new Integrated Disability Evaluation System, Chiarelli said, to streamline the delivery of disability services and benefits for wounded, ill and injured service members who are unable to continue on active duty.

Since January 2008, the number of cases initiated has risen 160 percent, the general said, and on average, 1,600 soldiers are added to the system each month. Meanwhile, he added, case processing time also has increased about 48 percent, with an average of 258 days to complete the physical evaluation board and reach final disposition – even longer until service members receive VA benefits.

The legacy disability evaluation system is “complex, disjointed, hard to understand, and it takes too long to complete,” Chiarelli acknowledged.

The new program is intended to shorten this process while also ensuring a fair and more understandable system, the general said. The Defense Department’s goal is for service members to receive VA benefits within 295 days, he said, but stressed the importance of a fair and thorough process, even if that equates to additional time. For example, the new system offers service members a second referral option and counseling sessions with a judge advocate general.

“The additional time may be appropriate as we look at what’s right and in the best interest of our soldiers,” he said. The system is expected to be implemented on 38 Army installations by Oct. 1, he added.

“I don’t have a single system that gives me total visibility of all the cases at any point in time,” he said. “These are the kinds of things we’re working through, and will take a total team effort.”

The military is working hard to ensure the same level of care for Reserve and Guard soldiers, the general said. The Army, for example, opened a new reserve component soldier medical support center in Florida with a goal of improving and transforming the disability evaluation process for reserve-component soldiers. And for the Army National Guard, a pilot program called reserve component managed care will allow states the ability to place soldiers with line-of-duty injuries on Title 10 orders for up to 180 days of treatment.

These initiatives and others are the least the nation can do for its service members and their families, Chiarelli said.

“There’s nothing more humbling than the opportunities I’ve had over the past couple of years to visit our nation’s wounded warriors and their families,” he said. “They’re truly the most amazing and inspiring people you will ever meet.

“We made a commitment to the men and women who volunteer and wear the cloth of this great nation to care for them in the event they become wounded, ill or injured in combat” he said, “and we’re keeping that promise.”

The 33-year-old Lowes was the obvious choice to replace the unfortunate Keiron Cunningham for the second Don’t Drink Drive match at Huddersfield’s McAlpine Stadium on Saturday after an impressive season in Super League VII.

Cunningham, who defied a broken hand to start the Test series, was ruled out of both remaining matches after dislocating an elbow in Saturday’s 30-16 defeat at Blackburn.

Lowes has lived in the shadow of his great St Helens rival since collecting the last of his three Great Britain caps five years ago but he has remained at the top of his game. And his club coach Noble, who is also right-hand man to Great Britain boss David Waite, does not believe the enforced change will weaken the team.

“Not at all,” he said. “I think he adds some things to the team. His form this year has been outstanding, hence the reason we got him to go round again. see here lowes printable coupon

“We did talk about retirement but he’s a very fit man. He prides himself on his personal fitness and he’s a competitor.

“He brings a relatively good shortkicking game, he’s got great vision, he’s a good support player, defensively tough and he gives great service out of dummy half.” Lowes did not attend the squad’s warm-weather training camp in Spain and had his first run with his new team-mates yesterday.

But there was hardly a need for introductions, with seven of his Bradford team-mates having made the first Test squad, including five forwards.

In theory, Britain could field an allBulls pack at the McAlpine Stadium, scene of Bradford’s famous World Club Challenge victory over Newcastle Knights earlier this year.

Lowes was man of the match that day as Bradford started the season on a high but the campaign ended with an anti-climax as the Bulls lost out controversially to arch-rivals St Helens.

Lowes took out his frustration with a spot of DIY at his Leeds home while the Great Britain squad flew out to Malaga for some bonding and Noble believes the enforced break will count in his favour. go to site lowes printable coupon

“I think that missing the training camp was a benefit for him. It gave him a bit of space after the Grand Final, a chance to sit down, relax and not worry about football,” said Noble.

One of Lowes’ club-mates, Paul Deacon, will retain the scrum-half role after St Helens’ Sean Long was finally ruled out of the series.

Long had hoped to be fit for the second Test but X-rays yesterday confirmed that his fractured jaw has yet to mend sufficiently.

Waite and Noble are likely to announce an 18-man squad tomorrow after checking on Paul Sculthorpe’s battle to overcome a thigh injury. Wigan prop Terry O’Connor is almost certain to earn a recall.