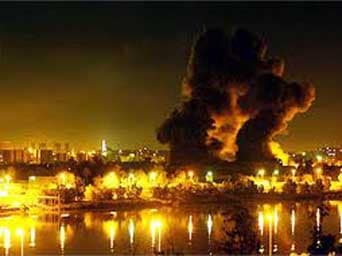 No Fun for the Troops, Big Profits for the Wealthy

“War is a Racket.”  This is the title of a book and a speech given by the late Major General Smedley Butler, USMC.  Long time readers of VT have probably heard of him, but despite the fact that he was a two time winner of the Congressional Medal of Honor, most history books leave out his name.  Why do they do this?

Perhaps because after a very distinguished career in the Marines, he realized that most of his work in the military was in reality acting as a mob enforcer for the wealthy and their corporations.

Butler also deserves a special spot among America’s great for exposing the plot to stage a military coup and take control of the US government.  A coup in the USA?  Sounds like something you would expect in some “Banana Republic”, but never here. It would have probably succeeded if not for Butler’s patriotism, the real thing, not what now passes for patriotism.

Who plotted this coup and why?  In the summer of 1933, newly elected President Roosevelt was working hard to try to end the great depression.  Part of his plan included a redistribution of
wealth to aid the less fortunate.  This angered the rich and powerful who had made millions and billions during the depression mostly on the backs of the poorest. (Sounds a bit like today, doesn’t it)

Members of the most wealthy families and corporations joined in a secret plot to overthrow Roosevelt by military force.  The families leading the insurrection included the DuPonts, the Morgans, The Goodyears, the Bush family (Yes, that Bush family), General Motors leadership, Chase Bank, and many other of the rich and powerful.  They planned to recruit an army of 500,000 retired military to march on the White House and seize control of the government to again make this a safe place for robber barons.

Some of the other conspirators are listed below along with their credentials:

They needed a leader for this army, a man who would garner instant respect so they sent Gerald MacGuire, who was a bond salesman for Clark, and a former commander of the Connecticut American Legion to recruit Smedley Butler. Butler was famous at the time and was well respected in the general population as well as the military. What they did not count on, was Butler’s loyalty to the principles of the US Constitution and the rule of law.

He reported the conspirators to the Committee on Un-American Activities, and they eventually put an end to it. Being that the conspirators were among the country’s elite, it would have been too embarassing to persue their prosecution, so most got off without even a slap on the wrist.

Luckily for us, the plotters did not do proper research on the man they hoped would lead their privateers. If they had, they would have discovered that on August 21, 1931, Butler had given an impassioned speech to an American Legion convention in New Britain CT.  The person who gave this speech would be very unlikely to join their conspiracy. This video shows an actor re-creation of the exact words he spoke that day.

The basic themes that Butler expressed were expressed again in 1961, in Dwight Eisenhower’s farewell address as president.

Keep in mind that both of these men had long and distinguished careers in the military at the highest level, during wartime.  They knew war better than most at the top ever will.  Their opinions deserve the utmost respect.

Why is all of this history important now?  Because we are in the middle of repeating it.  This time the powerful chose a much safer and more effective method of carrying out their coup.  Instead of conquering the government militarily, they simply bought it.

It is no secret that it now takes enormous sums of money to run for office.  In the last presidential
election, hundreds of millions of dollars was spent by the two campaigns.  Where did all of this money come from?  Well some of it came from individual citizens as small contributions, but the bulk came from special interest groups of all stripes.  The Supreme Court has ruled that money is equal to free speech, so those with more money get to speak louder.  This has always been true, but now they don’t even need to hide it.  With the Supremes’ recent decision, even foreign corporations can get in on the bidding for candidates.

During WW-I and WW-II our civilian manufacturers quickly re-tooled to produce war materials.  The automakers suspended production of cars and produced military vehicles, sometimes for both sides.  (It was well known among Allied bomber pilots in WW-II that you were never to bomb the Ford plant in Germany. The locals even used the plant as a bomb shelter because they knew it was safe from bombing.

The Cold War brought a new breed of corporation, one that only made military hardware and software. This is a highly profitable business and they can afford to buy lots of influence.

The Official Fiscal Year 2012 Department of Defense budget requests a total of $670.9 billion. (source: DoD website)  This does not include the Black Ops budget or money spent by other departments to aid the DoD.  A large portion of this money goes to military suppliers.  Other money goes to in theater “contractors.”  I don’t like the term “contractor” when used in this context.

A contractor is the guy you hire to build grandma a new sun porch,not to kill, maim and torture people.  These people are mercenaries and should be called that.  A whole industry has grown around the supplying of mercenaries to do the tasks that our uniformed soldiers are unable to carry out due to that pesky Geneva Convention and the Code of Military Conduct.

The lesson that they learned at Abu Ghraib was not don’t torture people, but rather to have the mercenaries carry it out in some undisclosed location.  This gives the officials plausible deniability.  “We just hired the company; we are not responsible for what their employees do.”

All of this depends on the ignorance or indifference of the American people.  This is why we are fed a steady diet of “fast food news,” quick, easy, and not very healthy.  I just did a Google Search for President Barak Obama and got 233 million hits, a pretty fair number, but a search for Britney Spears yielded 259 million hits.  Do I really need to comment on this?

The news media and the entertainment media (Both controlled by the same group of people) are leading us away from asking tough questions of our leadership.

We get to vote for our leaders, but only get to choose between the two candidates chosen by the major parties, both bought and paid for, many times by the same people or corporations. One way to ensure having access to the winner is to give money to both sides.  When was the last time you actually liked the choice you had and felt good about casting your vote?  Most times it comes down to the lessor of two evils.

All that third party candidates seem to accomplish is to take votes away from the major candidate closest to his position.  In 1992, Ross Perot got no electoral votes, and pulled voters from both parties, but he pulled more from the Republicans, thus helping Bill Clinton.  In 2000, Ralph Nader took virtually all of his votes away from Al Gore, and G.W. Bush became president.

I could keep going, but I think you get my idea.  I will close with a video of the late George Carlin.  He was one of the best observers of people and of what was going on in the world of our generation  In case you never heard him perform, I should warn that he uses coarse language, so you might want to send the kids out of the room before playing it.  Then again, hearing a few curse words is probably less detrimental to their intelligence than the lies and half truths they hear every day at school and in the media.