Embattled Libyan leader Muammar Qaddafi is either in southern Tripoli or has already fled to the desert, his defected former prime minister Abdessalam Jalloud said on Thursday.

“He has only four people left around him. There are two possibilities: either he is hiding in the southern part of Tripoli or he left some time ago,” Jalloud, who fled Tripoli and has been in Italy since Saturday, told a press conference in Rome.

In the first scenario, Qaddafi will remain holed up in the south of Tripoli “until roads reopen and then he will emerge perhaps disguised as a woman or something else to leave” the capital, Jalloud said.

“The second possibility is that he already fled a while ago and is either at the border with Algeria, or in Sirte or Sabha, and he will then cross the desert,” the ex-premier said. Jalloud was Qaddafi’s right-hand man in the 1970s and 1980s but had been increasingly distanced from politics starting in the 1990s following a reported fallout with his childhood friend. 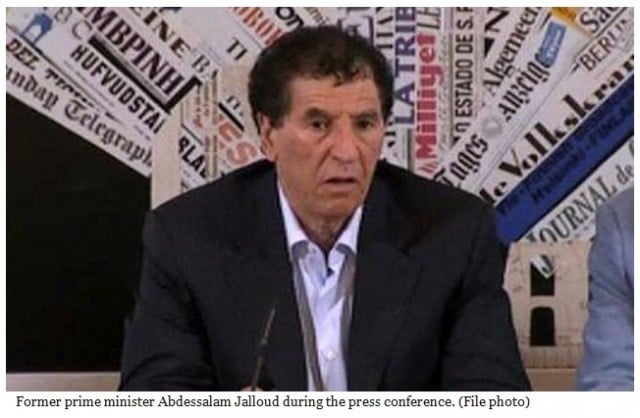 On Sunday he said he believed it was too late for Qaddafi to strike a deal to leave power and he would likely be killed. Jalloud said he has had contacts with the leaders of the National Transitional Council, and had received their approval to encourage Libyans to rebel against Qaddafi and mobilize support abroad. While not part of the NTC, Jalloud said they were “in the same boat” and that he plans to form a secular, liberal, nationalist party.

Jalloud said he tried to escape Libya six times by sea and 12 times by land during recent months. Italian media has speculated he was finally able to get out only with the assistance of foreign diplomats or intelligence agents, or the help of Italian oil company ENI. Jalloud insisted however that he is not beholden to anyone. “I am a free person, completely independent. I don’t owe anything to Italy, or Russia, or France,” he said in response to a question from AFP.