Home World Is The Talmud Defensible As A Holy Text? 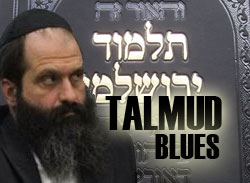 Question:  Has the time come for people of conscience to acquaint themselves with the Jewish Talmud?

by Cassandra for Veterans Today

After all that has happened, is it time for everyone to start buying Talmud compendia and distributing them to friends and family?—with certain passages marked and highlighted?  Maybe a little stocking-stuffer this Christmas?

Maybe slip one in the mailbox of your favorite Christian zionist?  Or send copies to soldiers in Afghanistan and Iraq, so they can see what they’re fighting for?  It could certainly liven up some dull evenings.

Maybe those guys who remotely operate killer drones from a safe location would be interested in learning something new—to give them a little perspective on what they are doing, and for whom.

You could put up a sign in your yard, automobile, or business, displaying a Talmud Quote of the Week.  Think of it as a public service announcement—and keep spare copies of your compendium to show to critics who complain.  Maybe when they see that those words really are in the Talmud—it’s not just something perverted you made up—they will experience a sudden paradigm shift.  An aha-moment, if you will.

Certain Christian evangelicals love to rail against the Koran, a book they’ve never read, as the source of all evil in the world.  I suspect some of them are unaware of the content of their own Old Testament, which celebrates the slaughter, rape and pillage of other peoples.

But their greatest ignorance of all concerns Judaism’s holy books—not the Torah but the Talmud, which is a series of interpretations of early Judaic law, written by later rabbinical scholars.  Think of it as an exhaustive collection of technicalities allowing one to get around the law—with the notable addition of directives to persecute non-Jews, who are not considered human—and to do so as a religious duty.  Surprisingly, the content of the Talmud has not rendered it obsolete or embarrassing to modern orthodox Jews who study it, revere it, and live by it.  It’s the kind of thing that never gets mentioned at Holocaust Museums, the History Channel, or in Hollywood films like Exodus.  Nothing about it in The Fiddler On The Roof either.  So I thought I’d mention it here, for folks who don’t know.  When an ethnic group has a religious duty to persecute everybody else, that’s a pretty big deal.

In certain European countries holocaust-denial is a criminal offense, based on the notion that it promotes racism and genocide.   Shouldn’t Talmudism be a crime in those countries, and for the same reason?  Doesn’t the assertion that all the world’s non-Jews are animals unworthy of compassion meet the criterion?

What are we to do about venerable holy texts that contain evil things?  Do we just give them a pass?

Jews suffered political setbacks, throughout the centuries, whenever Gentiles discovered what was in the Talmud.  Later versions, created for Gentile readers, were “cleaned up” so as to soften and obscure the offending parts; but the original texts are still used without apology by true believers. 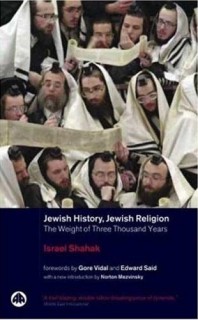 This is an issue for modern Jews finally to confront squarely, and choose their allegiances: Is the Talmud defensible as a holy text?  And can Jews ever be accepted by the world so long as they fail to renounce it and make apology?

I believe the answer is no.  Israel Shahak and others argue, convincingly, that its genocidal doctrine inspires covert evil, ultimately endangering the non-Talmudic Jews of the world by association—not to mention endangering the rest of us as well.

So perhaps a little sunlight is needed to bring this out into the open?

Does anyone have a “favorite” Talmud passage to share?

I recommend Israel Shahak’s excellent Jewish History, Jewish Religion: The Weight of Three Thousand Years, well worth reading.  My edition has forewords by both Gore Vidal and Edward Said.

ABOUT THE AUTHOR: Cassandra has a BA in psychology and also an MSW degree. She does a little writing, a lot of reading, and is an avid gardener. She works occasionally for a small publisher in her hometown, and dabbles in herbal medicine, medical issues and natural sciences.

Read more from this author: