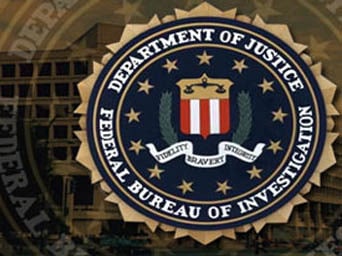 In such a way is the road to hell paved with (alleged) good intentions.

If one thinks this through, it becomes clear that the FBI policy makers have confused thought and action. This is a very Judeo-Christian thing to do.

Here is an important question: What single organization is responsible for more terror plots in the USA than any other? Possible answers: Al Qaida. That would no doubt be the popular answer but it would be wrong. The KKK. Way past their prime, so that is not it. The Jewish Defense League. Good guess, but still not it. So what is the correct answer? It is the Federal Bureau of Investigation, AKA the FBI. Don’t believe me? Well, just read Trevor Aaronson’s expose entitled “The Informants” published in the September/October 2011 issue of Mother Jones.

Aaronson looked at over 500 terrorism related cases taken up by the FBI and found that over half of them involved the Bureau’s stable of 15,000 informants.

Many of these are ex-felons and con men who are often paid well if their efforts result in an arrest and conviction. So what, you might say. Using informants to obtain information about criminal activity is an old and legitimate tactic. Yes, however, that approach to information gathering is not exactly how the FBI uses all of its informants. Indeed, the Bureau has a program, misnamed “prevention” which encourages its agents to get creative in the use of informants. How creative? Well, if they can’t find any terrorist activity going on, they have their informants instigate some. Where are they doing this? Mainly in our country’s Muslim communities.

According to the Mother Jones story the FBI has concluded that Al-Qaeda as an organization is no longer a major threat to the US. The threat now comes from the “lone wolf,” the person who is angry at or frustrated by their life situation and open to the influence of terrorist rhetoric. Allegedly, the American Muslim community is full of these “lone wolves” just sitting out there fuming, aching to vent their anger on a myriad array of significant and insignificant targets. As the FBI’s logic goes, sooner or later a lot of these people will find the courage to act. So, the role of the informant is to find these folks and nab them before they blow up a Christmas tree in Portland Oregon. Here is a typical scenario:

1. FBI informant A is assigned, in Aaronson’s words, to “troll the mosques” of some American Muslim community. They might work this area for months looking for those angry, frustrated types. Gadeir Abbas, Staff Attorney for the Council on American-Islamic Relations (CAIR), says they may hit upon some fellows living “on the fringes of society.” These people are often poor and unsettled, with only a rudimentary knowledge if Islam, and usually quite gullible.

2. Having spotted a candidate B, informant A befriends him and encourages B to vent his anger and dissatisfaction. At one point informant A might suggest to B that Allah put him on this earth for better things and what would he like to do about all that anger and frustration?

3. Now we are at the seminal moment. What if B has no idea what he would like to do? At this point informant A (carefully turning off his hidden recording device) transforms himself into an agent provocateur (remember he has a financial incentive to entrap this guy) and comes up with a suggestion. Why don’t we go blow up an army recruitment center? In other words, A is a confidence artist, a con-man (one of these informants boasted that he could con the kernels off a cob of corn) and is using his “talent” to maneuver his victim, who as yet has done nothing illegal, into an incriminating situation.

4. If B takes the bait, then A leads him on, concocting a plot, perhaps informing B that he A is an agent (not of the FBI of course) of some Pakistani terrorist organization come to the US to wage Jihad. He can supply B with weapons, explosives, vehicles and money. In other words, all the things that B could never have reasonably procured on his own (such as the necessary money or appropriate vehicles). All the things that B has no knowledge how to construct (like a bomb).

5. Eventually B is led to enact the crime, usually using a fake bomb. Then, of course, he gets arrested. Typically, he is sent to jail for decades. A gets paid up to $100,000 by the FBI. Voila, another terrorist plot foiled.

There has always been a fine line between the behavior of the criminal and that of the policeman. The police know this to be true and that is why major state and local police departments have internal affairs sections which look out for “criminal cops.” I do not know if the FBI has such an internal operation, but they certainly should.

There are laws against what the FBI is doing. Their informants, at the Bureau’s direction, are not just rooting out criminals, they are inciting the crimes and organizing their commission.

This interpretation of the situation has been raised with Attorney General Eric Holder. His reply is that those who make these accusations “do not have their facts straight or do not have a full understanding of the law.” This is not a very satisfactory response. The FBI will not give us all the facts and in many cases has carefully made sure some of the facts go unrecorded. And, as for the crime of incitement, if you look this topic up using Wikipedia, here is part of what you get: “The plan to commit crime may exist only in the mind of one person until others are incited to join in, at which point the social danger becomes more real. The offence overlaps the offences of counseling or procuring as an accessory.” This is exactly what the FBI informants are doing: counseling, procuring and inciting.

One can go on and read in the Wikipedia piece that incitement exists as a crime because if you wait for the actual crime to be committed, “it is too late to avert the harm. Thus the offence of incitement has been preserved to allow the police to intervene at an earlier time and so avert the threatened harm.” This is probably the part of the law Holder feels is not understood. Yet in the FBI’s “prevention” campaign there is often no evidence of prior intent on the part of those eventually arrested. That is, without the intervention of the informant, without his incitement, there is no evidence that any of these entrapped “criminals” would have done anything wrong. That being the case, it appears that in these incidents, the FBI is inciting others to criminal acts. This is illegal and an egregious abuse of power.

If one thinks this through, it becomes clear that the FBI policy makers have confused thought and action. This is a very Judeo-Christian thing to do. Is the sin in the thought or the action? According to the Old Testament thought will do. You do not have to seduce your neighbor’s wife to break one of the Ten Commandments. All you have to do is “covet” her. To pursue the metaphor a bit further, who is it in the Bible stories who goes around and encourages sin, first in the mind and then in action? Adam and Eve might have occasionally thought about eating that apple, but who incited them to do so? Now we have the FBI reenacting this ancient storyline. They know that there are all these people with the sin of terrorism in their hearts. And, they have taken it upon themselves to play the role of the tempter and move these people from thought to action. It seems to me that there must be a daring cartoonist out there who would like to lampoon Robert Mueller, current Director of the FBI, by drawing him with little horns and a pointed tail.

Peter Ahearn, a retired FBI agent who has directed some of these entrapment operations, would get upset at such a cartoon. He is one of the strongest defenders of “prevention.” According to Mr. Ahearn it is important to understand who the FBI is dealing with. These are not “real people.” How so? Ahearn explains that “real people don’t say ‘Yeah, let’s go bomb that place.’ Real people call the cops.” Alas, calling the cops has been tried. When one of the FBI’s more aggressive informants was “trolling” the mosques in the Los Angeles area representatives of the Muslim community called the FBI to report him as a potential terrorist. Nothing happened. The FBI did not act as a “real cop” should and arrest this fellow. The community’s lawyers could not find anyone to arrest him and had to go to court to get a restraining order to get him out of the community. Tell me Peter Ahearn, how many “real cops” do you have in the FBI anti-terrorism unit?

Finally, there is a good chance that “prevention” is making us all less safe. This is because the program will likely make any “real” lone wolf act truly as a loner. If there is anyone out there with actual terrorist designs they are by now forewarned not to share their intentions with anyone for fear of potential informants. They will act alone. In such a way is the road to hell paved with (alleged) good intentions.