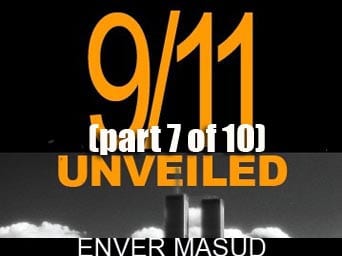 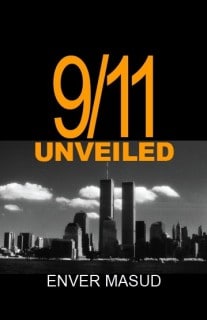 Achilles, the son of King Peleus of Thessaly and the shape-changing nymph Thetis, is the central character of Homer’s great poem, the Iliad. The Achilles’ heel is named for the only part of the body of the Greek hero that was vulnerable.

The official theory is also vulnerable to the challenges outlined in the two previous sections.

the elapsed times for the first exterior panels to strike the ground after the collapse initiated in each of the towers to be approximately 11 seconds for WTC 1 and approximately 9 seconds for WTC 2. These elapsed times were based on: (1) precise timing of the initiation of collapse from video evidence, and (2) ground motion (seismic) signals recorded at Palisades, N.Y.

significant portions of the cores of both buildings (roughly 60 stories of WTC 1 and 40 stories of WTC 2) are known to have stood 15 to 25 seconds after collapse initiation before they, too, began to collapse. Neither the duration of the seismic records nor video evidence . . . are reliable indicators of the total time it took for each building to collapse completely.

These collapse times are close to that of a billiard ball dropped from the top of WTC 1 or 2. The time is calculated using the equation taught in high school physics classes:

Using this equation a billiard ball dropped from the top of the 1368 feet tall WTC 1 or 2 would travel 1296 feet in 9 seconds—it would reach the ground in 9.2 seconds (assuming acceleration due to gravity of 32 feet per second per second, and no wind resistance).

The towers’ collapse at near free-fall speed, due solely to airplane impact and the resulting fires, defies logic.

the structure below the level of collapse initiation offered minimal resistance to the falling building mass at and above the impact zone. The potential energy released by the downward movement of the large building mass far exceeded the capacity of the intact structure below to absorb that energy through energy of deformation.

NIST (a) offers no calculations to support this theory, (b)  does not explain the symmetry of collapse, and (c) does not explain how “falling building mass” retains enough energy to destroy the floors below.

The “building mass” has to stay intact in order to cause the structure below it to collapse.

But as we saw on television broadcasts, the concrete floors of the Twin Towers exploded—into dust, according to many reports—as they came crashing down, and steel beams were hurled outwards.

For the sake of argument only, Prof. Kenneth L. Kuttler assumed One World Trade Center’s floors “floating in the air” which did not move till struck from the floors above. Even with this idealized problem, and conservative safety factors in the building’s design, Kuttler calculated collapse times of more than 25 seconds due to a gravity only collapse (Journal of 9/11 Studies, May 9, 2007).

This result, writes Kuttler “is consistent with the prediction of Gordon Ross in his analysis which concluded that the fall of the North Tower should have been arrested with much of the lower portion of the Tower standing.”

Of course, this is not what happened, and no official explanation of the collapse time has been offered.