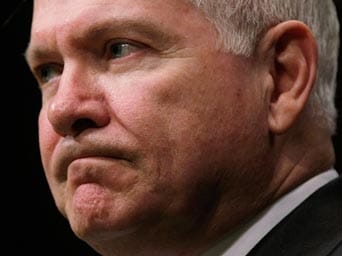 It was an extraordinary scene: President Barack Obama, sitting impassively in the Oval Office in May as Israeli Prime Minister Benjamin Netanyahu lectured him, at considerable length and at times condescendingly, on Jewish history, Arab perfidy and the existential challenges facing his country.

What was extraordinary wasn’t the message — it was not an untypical Netanyahu sermon. What was notable was that Netanyahu was lecturing the president live on television, during a photo opportunity staged so that the two leaders could issue platitudes about the enduring bonds between their nations.

That display of impudence left the president and his team feeling unusually angry. Shortly afterward, Obama’s chief of staff, William Daley, called the Israeli ambassador in Washington, Michael Oren, to communicate the displeasure of the White House in a reportedly heated way. Secretary of State Hillary Clinton, who watched her husband battle Netanyahu in the late 1990s, also expressed anger and frustration about the prime minister within the administration.

But it was Robert M. Gates, the now-retired secretary of defense, who seemed most upset with Netanyahu. In a meeting of the National Security Council Principals Committee held not long before his retirement this summer, Gates coldly laid out the many steps the administration has taken to guarantee Israel’s security — access to top- quality weapons, assistance developing missile-defense systems, high-level intelligence sharing — and then stated bluntly that the U.S. has received nothing in return, particularly with regard to the peace process.

Senior administration officials told me that Gates argued to the president directly that Netanyahu is not only ungrateful, but also endangering his country by refusing to grapple with Israel’s growing isolation and with the demographic challenges it faces if it keeps control of the West Bank. According to these sources, Gates’s analysis met with no resistance from other members of the committee.

Gates has expressed his frustration with Netanyahu’s government before. Last year, when Vice President Joe Biden’s visit to Israel was marred by an announcement of plans to build new housing units for Jews in East Jerusalem, Gates told several people that if he had been Biden, he would have returned to Washington immediately and told the prime minister to call Obama when he was serious about negotiations.

Gates’s frustration also stems from squabbling with Netanyahu over U.S. arms sales to Saudi Arabia and other Arab allies. In an encounter in Israel in March, according to U.S. and Israeli sources, Netanyahu lectured Gates at length on the possible dangers posed to Israel by such sales, as well as by Turkey and other regional U.S. allies. Gates, a veteran intelligence officer, resented Netanyahu’s tone, and reminded him that the sales were organized in consultation with Israel and pro-Israel members of Congress.

The reason the administration’s hard feelings toward Netanyahu matter now — and the reason several officials spoke to me on this subject last week — is that the U.S. is once again going to the mat for Israel at the United Nations, where Palestinians intend to seek recognition of an independent state in September.

The White House plans to contest this resolution in the General Assembly (where the move already has majority support), and the U.S. would most likely veto it in the Security Council. The Obama administration is right to oppose this ploy, which would undermine the chances of reconciliation and could lead to an explosion of violence on the West Bank. But they’ll oppose it in spite of Netanyahu, not to help him.

Dislike of Netanyahu has deepened in a way that could ultimately be dangerous for Israel. Time after time, the White House has taken Israel’s side in international disputes — over the UN’s Goldstone Report, which accused Israel of committing war crimes in Gaza; over Israel’s confrontation with the pro-Hamas Turkish “flotilla,” in which nine people were killed; and on many other issues.

Yet the Netanyahu government does little to dispel the notion among its right-wing supporters that the Obama administration is at best a wavering friend. This is self- evidently foolish, especially at a time when Israel faces an existential threat from its menacing neighbor Iran.

Gates’s feelings about Netanyahu are particularly consequential, in part because he’s not considered hostile to Israel, and in part because he’s a well-regarded figure who articulated bluntly what so many people in the administration seem to believe. Gates declined to comment for this column through his former spokesman, Geoff Morrell. But Morrell told me that Gates “worked extremely hard throughout his four and half years as secretary of defense to address Israel’s security concerns.”

A Pentagon spokesman, George Little, said that Gates’s successor, Leon Panetta, “agrees with what President Obama and former Secretary Gates have both said, which is that our defense relationship with Israel is stronger than ever.”

When I asked Oren, the Israeli ambassador, about Gates’s often-expressed feelings toward Netanyahu, he said, “We have nothing but the highest regard for Secretary Gates, and as allies, we don’t exchange accusations, we have communications. Israel deeply appreciates the excellent security relationship we have with the Obama administration.”

Netanyahu’s alienation of the White House has not gone unnoticed in Israel. Tzipi Livni, the head of the Kadima Party, said in a recent interview with me and Atlantic editor James Bennet that the average Israeli is more attuned to the importance of maintaining good relations with the U.S. president than is the current prime minister.

“For Israelis,” she said, “when they wake up in the morning and ask themselves, what is the general situation today, the litmus test for them is the health of the relationship between Israel and the United States.”

Jeffrey Goldberg is a Bloomberg View columnist and a national correspondent for the Atlantic. The opinions expressed are his own.