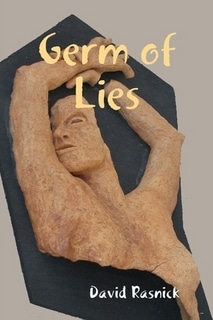 Investment greed and monopoly has fueled the sickest medical scam since vaccine promotion. It gives credence to the “Club of Rome conspiracy to lower world populations.”

David Rasnick, an American biologist with impressive credentials  wrote a novel “ Germ of lies ” and this is his promo pitch:

When her best friend commits suicide on discovering she was HIV-positive, Core Fletcher, an attractive journalist, decides to investigate the validity of the publicly accepted theory of the cause of AIDS. Using her skills in reporting and scientific research, she begins her investigation in the institutions of healthcare, government and the media, to which the public has delegated all handling of the problem. Uncovering a tangle of fears, taboos, myths, greed, lust for power and privilege according to caste, she discovers that virtually everything the public has been told about AIDS is false, and is known to be false at the highest levels of Government, including the Department of Health and Human Services, National Institutes of Health, and Centers for Disease Control. HIV is not in fact the cause of AIDS, and some scientists, despite severe obstacles, are exposing the biggest scientific, medical blunder of all time.

I just finished this “first novel” by Rasnick, and I heartily recommend everyone read it; But first, a disclaimer followed by much of my previous column:

Note: I am not a medical professional, and my reporting on the fascist monopolies dominating the “healthcare” sector are never to imply that any individual should abandon medical care. For all the ills, medical care from conscientious physicians has been a boon to many.

When Radio Free America was young and fresh, (1988) The AIDS scare was just ramping up and I had some sensational guests, whose names I have justifiably forgotten, who argued that the CIA created the virus from monkeys and inoculated black people in Haiti in some sick experiment. Another “doctor” came on to say HIV was bio warfare that “escaped from Ft. Detrick, but he had a cure!

Of course I wouldn’t put anything past the CIA, but fortunately, Dr. Peter Duesberg came aboard to explain why he considered the whole virus thing to be a scam. Peter returned as a guest several times, as I followed the dissent closely throughout the 1990s. I will never forget his comment when I kept him on the phone line to hear some medical wonk from California spewing fear. Duesberg has a German accent so the comment rang out unique in presentation as well as fact: “What kind of weapon shoots blanks? ” he asked, clearly inferring the major issue—who ever proved HIV was the cause of AIDS?

In the promo for the book, above, Rasnick generously says the HIV-AIDS paradigm was a “ great blunder .” A blunder is an honest mistake, this multi-billion dollar scam was no blunder, it was deliberate. Rasnick, a brilliant scientist, like Duesberg, put his career on the line for the truth. And reading “ Germ of lies ” provides all the insider details. And does so with style and panache, as they say.

From the beginning I have liked and believed Duesberg this microbiology professor, who was credited with the discovery of retro-viruses in the first place. (and HIV is a retro virus.) A retrovirus is an RNA virus that is duplicated in a host cell using the reverse transcriptase enzyme to produce DNA from its RNA genome. Retroviruses are proving to be valuable research tools in molecular biology and have been used successfully in gene delivery systems.
However they are not like flu virus, they don’t generally cause disease.

David Rasnick who founded several “Biotech” companies dealing with proteases in cancer and other diseases, also came aboard the radio program to lend his considerable scientific weight to the now-famous (infamous thanks to presstitutes?) controversy.

By this time the fascist drug industry (powered by speculative finance ) had begun to push hard for the famous, but sickening cancer drug cocktail, AZT (loaded with more side effects than good effects) to give folks who were said to be “HIV-positive;” A move falsely alleged to save or extend their lives. (lets not forget the lucrative but futile efforts to find a vaccine for HIV.)

Duesberg and Rasnick became media-blasted pariahs for having the guts (and technical knowhow) to challenge the juggernaut of fascist capital . Especially after their dissent was picked up by political power in South Africa, where the speculative financiers had organized several lucrative NGO’s to prey on the impoverished and diseased. (and well-healed sucker do-gooders. )

The dissenters survived, and continue challenging the dogma, though many of us wonder how with no money? Grant funding, the lifeblood of biologists, has been refused to them by the vindictive, government supported fascists (redundant) crooks despite some remarkable work on the cancer front by both scientists.

See “New Cancer paradigm, It’s about time!” Here among my columns at VT. (an update is near.)

So, what’s the upshot? I suppose most folks are shaking their heads that anyone still suggests the HIV-AIDS “pandemic” is a scam. However coming up in Washington DeeCeit on Dec. 2,3 and 4 we have a World AIDS Day conference. See ra2011.org.

The HIV/AIDS paradigm was, and is, a scam of Iraq-invasion proportions, that is continuing full force despite several obvious flaws that have popped up from time to time, such as one never publicized (surprise-surprise!) wherein people in the know forced the journal “Science” to retract the original story announcing the HIV virus connection to AIDS from a press conference rather than from reviewed papers, thereby propelling the scam.

There were no “Papers” in the literature to review, a fact which popped dissenter buttons at the outset.
Here’s one for the books: In order to determine whether an individual is “HIV positive” (hence said to be a goner) the person gets a test for tell-tall “antibodies” called PCR polymerase chain reaction (invented by Kary Mullis, who wrote the forward to Duesberg’s definitive book “I nventing the AIDS virus) .

Mullis was working on AIDS and his Nobel prize-winning PCR, when he asked a simple question, still unanswered by scammers:

Where are the scientific references establishing that HIV is the cause of AIDS? There were none then, and there are none today. (Rasnick’s novel covers this far better) When Mullis questioned Luc Montaignier, undeservedly famous for identifying the HI virus first, he asked Luc for such original paperwork, curiously the French biochemist cited the crap report from the CDC. And dodged the question entirely.

Thus, despite no proof whatsoever that this virus is, indeed, the cause of the various disease states alleged to the “Acquired” immune deficiency. The greed of speculative capital has created a virtual certainty— a scam of immense proportion .

I also endorse “Inventing the AIDS virus ,” by Peter Duesberg a beacon for truth against the fascist scammers.

But, if you like a page-turning drama coated with insider details, get Rasnick’s “Germ.”
He covers vital details I had forgotten. When the Heroine visits the Bay area to talk with Joan McKenna who also was an early guest on RFA, we are treated to the intrigue of the similarities between syphilis and AIDS-reated disease.

Near the climax, the heroine, a “mere” journalist, science writer, is grilled by a Congressional committee, where one pompous senator praises the Institutions and attacks her audacity: she then relates the horrors of the “Tuskegee” experiments under the auspices of the venerated CDC to shut off the pomposity. Another satisfying moment for this reader.