Home Health Where Have All The Lawyers Gone…Long Time Passing. 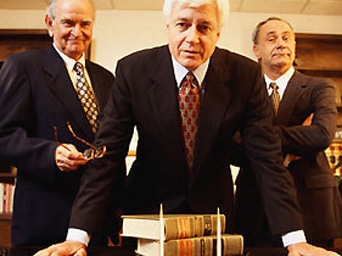 On Monday I wrote about those who have fallen through the crack at the VA regarding their application for benefits from exposure to Agent Orange and other toxins. Over the course of the years many veterans have filed claims that were denied; went through the appeals process, sought legal counsel, and have still come up short.

Not surprising to most, my research and research done by many others, have turned up a massive cover-up by the government in support of Big Chemical (Dow, Monsanto, and 10-12 other companies) in denial of the effects of Agent Orange and other toxins as being the cause of countless healthcare issues. This has occurred not only among Vietnam era veterans, but also USO volunteers, innocent civilians in the countries where such toxins were deployed, and by citizens in countries that are US Allies.

From the original studies of Agent Orange by Professor E.J. Kraus, chairman of the school’s botany department, at the University of Chicago in the early 1940’s, my analysis of the Sampley Report, and a review of internal Dow Chemical communications of V.K. Rowe, it is impossible both the US government and the chemical companies were unaware of the possible health issues from Agent Orange. As a veteran in support of those who have not received their just dues, I wrote a letter to 21 attorneys who have been proponents of veterans and support veteran’s issues, to rekindle the fire and put all the pieces together to represent those are have been overlooked. With the thousands of veterans still alive, with the tens of thousands of pages of documentation that have been used in litigating AO issues, it seems like there is no place for “The Blame” to hide any longer. I believe one final push can get the job done.

As attorney Gerson Smoger aptly put it in his Agent Orange Update from July 2008, in the case against Dow and Monsanto the Supreme Court held that when a company contracts with the U.S. Government, it is immune from suit IF:

But as the internal company letter of V.K. Rowe clearly states, Dow was well aware of the potential danger of Agent Orange’s deadly component, DIOXIN, and made no disclosure of that fact but chose to keep such information hidden. Volk’s communication specifically included references, “that DIOXIN was the most toxic chemical they had ever tested and that if information leaked out the whole 2,4,5-T (dioxin) industry would be hard hit and I would expect restrictive legislation, either barring the material or putting very rigid controls upon it”, costing them their lucrative contracts.

Following my series of articles on Agent Orange, I received endless letters in support of my efforts to hold the government accountable, but I am not an attorney, nor do I have the wherewithal to force this issue beyond that which I can write.

To add insult to injury, we have a Veterans Administration that is plagued with inefficiencies as was uncovered in a recent audit. Additionally we have the Department of Defense believing that it is just “too big to audit”. Claiming, “The DOD obligates an average of $2 billion to $3 billion every business day and handles hundreds of thousands of payment transactions, which take place in thousands of worldwide locations, including war zones”, it is just not feasible to deploy a vast number of accountants to manually reconcile our books.

Experts have concluded the lack of accountability on paper puts the department at a high risk for major losses in cash and inefficiencies. David Walker, a former U.S. comptroller general claims “DOD is at a higher risk of waste, fraud and abuse and that the magnitude is virtually impossible to say.” It sounds like they don’t know if they’ve paid contractors once, twice or not at all and they don’t know if they’ve spent more than they were appropriated. With such arrogance and inefficiency, it is any wonder the poor veteran caught in the middle is justifiably concerned tha

t he has been overlooked and probably unjustly denied benefits?

The tip of the audit iceberg is the Veterans Administration and if, in a single audit, they found a 23% error rate in the processing of 45,000 claims, the time to strike is now. Most veterans probably fear that the 23% claim is far shy of the mark, because the Investigator General focused primarily on processes ranging from mail handling to evaluating disability percentage awards dealing only with specific issues:

More particularly and to the point of Agent Orange and other toxin-related claims, I find it interesting that the audit has opened the door to possible re-evaluation of the many claims denied. Of the VA Regional Offices, it was found 44 percent did not follow Veteran’s benefit Administration policy when processing herbicide exposure-related claims. VBA policy states for veterans claiming exposure to herbicide agents during active military service, “certain disabilities should be considered service-connected, provided VBA has verification of the herbicide exposure and the disease manifested to a degree of 10 percent or more disabling at any time after discharge from service”.

The Benefits Inspection Annual Summary Report projected that the VA inadequately processed about 800 (8 percent) of approximately 10,500 herbicide exposure-related disability claims from April 2009 through July 2010. Just how many would they have found going back 40 years or more? The inaccuracies in the procedures were because the staff lacked sufficient experience and training. Furthermore, adequate quality reviews of completed herbicide exposure-related claims were not handled correctly and veterans didn’t always receive accurate benefits. With 62% of the evaluations being done incorrectly isn’t it time to re-open “Pandora’s Box”?

The discrepancies eluded to in the Summary Report include:
• Using the wrong dates to establish benefits, which often resulted in inaccurate payments to veterans.
• Improperly granting or denying benefits for secondary conditions related to disabilities such as diabetes and prostate cancer, which could have resulted in incorrect decisions regarding kidney problems as a result of diabetes.
• Failure of the VA to request follow-up medical examinations to determine a veteran’s current level of disability.
• And not considering additional benefits, such as allowances for adaptive automobile equipment.

As to the issue of the “blue Water Navy” claims, the VA’s interpretation of code 38 of the Federal Regulations was that to qualify for AO benefits, one had to actually “set foot on the ground” in Vietnam. This allowed the VA to throw-out claims by Navel personnel whose only exposure could have come from airborne particles, drinking water, food, and secondary contact. The U.S. Court of Appeals for the Federal Circuit set the record straight by stating such veterans were entitled to a presumption of exposure to herbicide agents, including Agent Orange. More than 6400 Blue Water claims, about 850 were improperly processes due to staff inexperience and training. Looking further back in the history of Agent Orange, we’d probably find a lot more.

Hopefully, we will be able to find and attorney like Gerson Smoger willing to let all the veterans help with one “grand finale” to bring the Agent Orange issue front and center so those with legitimate claims can get the help they need. The hands of time are against those with health-related issues, and we must act before, like our great WWII veterans, fade into history.

Below is the list of attorneys I contact; to date not a single taker. If anyone knows these attorneys and would like to help, please drop them a note and have them contact me: