Home Veterans 9/11 for Dummies: Top Five 9/11 Facts Everyone Should Know 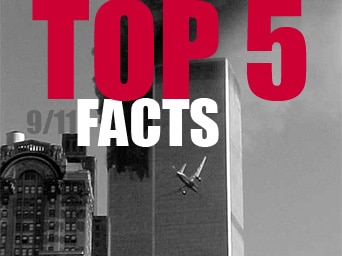 In speaking with my fellow Americans about 9/11 ten years after the fact, I have found that many, sadly and unfortunately, have either forgotten what happened that terrible day or have purchased the propaganda delivered to them by their own “trusted” main stream US media.

What especially concerns me is the progressive dummying down of our youth; specifically those under 20 years old who either hardly remember that day as it happened or where not even born yet.  These people must rely on what is told to them by “trusted” sources.  In other words, our American youth are getting an even  larger dose of propaganda then we did shortly after the event and it’s troubling.

As it stands, another lost generation can only accelerate the USA and it’s continued devolution towards Idiocracy.  In my view, this is NOT in our best interests and so I write this “9/11 for Dummies” post in hopes that those with limited time to invest in truth can get enough of the facts to at least ask “Hey! What really happened that day?”

First, why is truth important?

Well, as most of the intelligencia already know, the American public is being farmed by the globalists posing as American firsters in their fancy $ 3000 suits with American flag lapel pins.  We see them everyday on their respective party TV channels selling the snake oil. This has been going on for decades.  It’s nothing new.

What is new is that we, the people, now have access to information that was once hidden from us and thus are in shock mode as we get pummeled by reality as each layer of fakery is uncovered.  It’s destabilizing as if we’re on a boat in rough seas ready to vomit and realize, oh oh, no Dramamine; only truth to set us straight.

Okay, so what’s at stake here is the future because the human world is teetering on failure with overpopulation while gorges on mother nature’s resources.   In the meantime, globalists continue the rapture with no consequence.

So for us who live on edges of their empire, the question is simply “Should we allow the globalist to decide who lives and dies or can we, the global peoples, rise up and decide our own fate?”.  It’s a heavy question and I offer no answer except to ask you to share these 9/11 Top Five Facts with your neighbors and friends and help get the facts out so that, at the very least, when we completely give up our lives to the globalists, we do so with eyes wide open and not as cows at the slaughter house.

Oh, before I launch the Top Five Facts, please know that I am not a conspiracy theorist. I have no cards in the confusion game of misdirection.  Facts are facts!  At the end I will note my opinion and then you can decide for yourself.   So here we go…….. 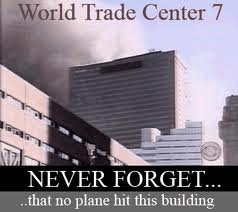 This 47 story building fell on the same day as the twin towers yet it was NEVER hit by a plane.  There was a small fire with the cause never fully explained.  Then, in the early evening it collapsed. The video of the collapse shows it going straight down.

The 9/11 Commission does NOT have much to say about this  collapse and the main stream media never mentions it.  Moreover, most Americans do NOT even know that it fell and that it’s even part of that terrible day we  call 9/11.  On this one, 2 plus 2 does NOT equal 4.

No plane hit the building, period!  Why did it collapse?  How?  Has the red flag been raise?  Yes, by  many yet the general public is amazingly unaware.  Thus, this fact may go down and get lost in time.

The Common Cents Punish Opinion: In my view, this is key evidence that 9/11 does not pass the smell test.  But that’s my opinion only.  What’s yours? 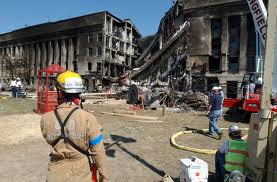 Witnesses at the scene who were in the building and had to crawl during the chaos report NO sightings of any plane debris; no cockpit, engines, seats,  nothing.

All we have is an explosion and hole with no evidence of a plane hitting the building.  These are the facts.

Worse, professional pilots including ex-Air Force pilots report that there is no way they could have flown that plane that low at that alleged speed and hit  the building.  No way! Yet the 9/11 commission says it was an Arab pilot who could hardly fly a Cessna who did the deed.

Finally, the only evidence that we do have of a plane that was hijacked comes from a phone call from Barbara Olson to her husband Theodore Olson.  Yet, when we take a look at who these people are, it’s clear that they are NOT  average Americans.

Barbara Olson was a Republican Conservative employee of Fox News and her husband, Theodore (Ted), was a member of the Bush Administration as United States Solicitor General from 2001-2004.

In legal terms, these people are NOT exactly at arms-length and under cross  examination would be deemed biased and not credible witnesses yet these two are the only connection we have to a plane hitting the Pentagon.

The Common Cents Punish Opinion:  Who wrote this script?

There is no evidence that a plane hit the ground.  There is just burned dirt and shrubbery. The first videos from the scene are no longer available and so  we’re left with what the government says about this thing.

ccording to the Shanksville Mayor Ernie Stull “There was no plane,” he told German television in March 2003.  He said “My sister and a good friend of mine  were the first ones there,” Stull said. “They were standing on a street corner in Shanksville talking. Their car was nearby, so they were the first here —  and the fire department came. Everyone was puzzled, because the call had been that a plane had crashed. But there was no plane.”

There are family members of those on the plane that said they received calls including the infamous “Let’s Roll” line yelled by one of the passengers but where are the bodies?  No bodies?  No recovery of seats?  engines?  Nothing!

The Common Cents Punish Opinion:  Again, no evidence that a plane crashed except what the government says happened.  This from the same government that gave  us WMD’s in Iraq.  Come on! why should I believe a known liar?  Give me evidence!

Average Joe Blow witnesses on the ground say they saw planes hit the building and clearly, from the video evidence from both main stream media and some amateurs on the ground, we do see planes hit the buildings.  But the plane markings are NOT clear and thus we are NOT sure if those planes were in fact the planes that the government said were flights.

What we do know is that Larry Silverstein procured a lease for the WTC in July 2001 and won the bid despite  being outbid by a rival.  And it just so happens, Larry Silverstein also had the lease on Building 7.  His insurance policy calls for 3.55 billion to be paid out.

The Common Cents Punish Opinion:  I think the planes hit but it may not have been the planes that they said hit.  And did the buildings fall because of the planes or were they “pulled”.  Many in the field of engineering say they were pulled.  In my view, the government is notorious for cover-ups. They are the most secretive entity on the planet.  There is plenty of evidence that the government has kills their own to complete a mission.  So it’s sensical to question their account of that terrible day.  I don’t trust them at all!  Why should I? 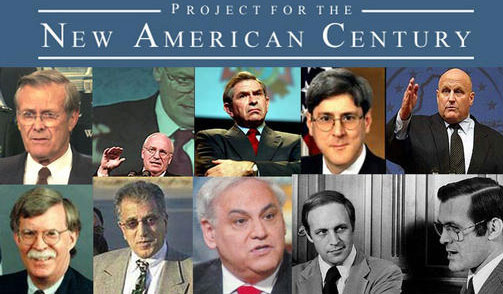 According the government, the leader of the 9/11 attack was former CIA agent Osama Bin Laden and the mastermind operations manager was Khalid Sheik Mohamed.  They said they were 19 hijackers involved in the attacks and the government sponsored 9/11 commission concluded so.

As anyone who understands crime investigations knows, one must follow the evidence.  And the evidence says a lot that the government does NOT say.

First, the alleged evil doers are dead and their Al-Qaeda organization is decimated.  More, they don’t appear to have benefits from the attacks except notoriety.  Who did benefit from the attacks were the war profiteers and anti-civil liberties groups. In the days after 9/11, the government waged 2 major wars and reduced the American public from a once free society to a complete controlled corportocracy.   In the wars, trillions of dollars were made. The evidence is everywhere. The global beneficiaries are everywhere in plain sight while the American peoples are saddled with a broken economy, no relative freedom, and a bleak future.

The Common Cents Punish Opinion:  So who benefited again?  Oh that’s right, not us! And why is it that Zionism has it’s fingerprints everywhere from Douglas Fife, Donald Rumsfeld, Paul Wolfowitz, Larry Silverstein et al…?   Is it me or does everyone who benefited from 9/11 happen to be associated with global Zionism?