On the eve of September 11th, we need to learn about the fundamental source of anger against the US. But don’t look to the New York Times to tell us.

Today’s Times‘ story is co-written by Ethan Bronner, who is the Times‘ Jerusalem Bureau Chief and is based in Israel, not Egypt. The Times fails to disclose that Bronner’s son is in the Israeli military (and that Mr. Bronner is living in a house Israel confiscated from Palestinians).

Only in the third-to-last paragraph of today’s article, which emphasizes Israeli victimization, does the Times mention that an “episode” that may be related to the Egyptian protests is the “accidental Israeli shooting of at least three Egyptian soldiers inside their territory…”

The Times fails to report that the Egyptians were not just shot, they were killed; that most reports say the victims were policemen (i.e. civilians), not soldiers; and that the number is five, not three.

It is noteworthy that the Times‘ doesn’t even bother to discover the number of Egyptians killed, content with simply saying “at least.” Over two weeks after the deaths the precise number should not be difficult to ascertain. It is hard to imagine Mr. Bronner being so blithe about Israeli deaths, which the Times covers at disproportionately high rates.

The Times provides no information about these Egyptian deaths: there are no names, no interviews with grieving families, no descriptions of their agony, no photographs. Their killing is simply called “accidental;” an adjective it is difficult to recall Mr. Bronner ever using to describe the deaths of Israelis.

The Times also fails to include the fact that Israeli forces then killed 14 Gazans, including two toddlers and a 13-year old (and injured at least 50), whom they chose to hold responsible for a lethal border attack by unknown gunmen against Israel, and that in the past two weeks Israeli air strikes have killed 9 more Palestinians, including a 13-year-old. In the past few days Israeli forces have abducted at least 5 Palestinians, fired on non-violent protesters in Palestinian villages, and demolished Palestinian homes, wells, and agricultural land.

Such Israeli actions have long outraged Egyptians living next door. However, thanks to such filtered reporting by the Times and others, Americans almost never learn of them. Instead, we just hear about Israel, which has the third to fifth most powerful military in the world, once again being victimized by attackers.

On the eve of September 11th, we need to learn about the fundamental source of anger against the US. But don’t look to the New York Times to tell us. 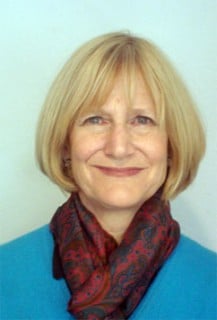 Alison Weir is an American freelance journalist and founder and Executive Director of If Americans Knew and president of  The Council for National Interest. Ms. Weir writes and speaks on issues covering the situation in Palestine/Israel, addresses the historical context and provides critique of how the media covers issues which challenges U.S. foreign policy and well-funded lobby interests. The Israeli-Palestinian conflict is one of the world’s major sources of instability. Americans are directly connected to this conflict, and increasingly imperiled by its devastation. It is the goal of  If Americans Knew to provide full and accurate information on this critical issue .Bio and additional articles by Alison weir

For more information visit her website: www.ifamericansknew.org/aboutus/alisonweir.html. Ground breaking Articles by Alison Weir. She can be reached at [email protected].

Entertainment Close-up January 13, 2012 Pizza Hut announced it is ringing in the New Year by bringing back the $10 Any pizza deal.

To celebrate in style, Pizza Hut reported that it has launched a new TV ad that sings the praises of the deal, reminding consumers that they can get any size, any crust and any toppings for $10. go to web site pizzahut coupon codes

“The $10 Any deal is such an unbelievable value on the best tasting pizzas around, that it has our customers singing,” said Kurt Kane, Pizza Hut CMO. “So, we’re taking it a step further and asking our fans to ‘top this’ by sending us their own renditions of the song for the chance to be in our next ad.” According to a release, as $10 Any Song-mania sweeps the nation, Pizza Hut is urging consumers to upload their own rendition of the song to the Pizza Hut Facebook page (facebook.com/pizzahut) by Jan. 15, 2012 to be entered into the Pizza Hut Top This! Contest. After “liking” the Pizza Hut Facebook page, users can view the contest Official Rules for how to record and submit their videos. this web site pizzahut coupon codes

Pizza Hut will select six Top This! grand prize winners whose $10 Any Song videos may be featured in a national TV spot. The six grand prize winners will also receive free Pizza Hut pizza for a year (gift cards valued at $599). The first 1,000 entrants who are determined to have eligible $10 Any Song videos will receive one free Pizza Hut pizza (gift card valued at $10).

www.PizzaHut.com ((Comments on this story may be sent to [email protected]))