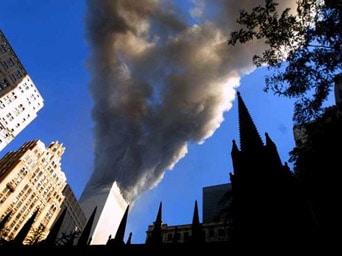 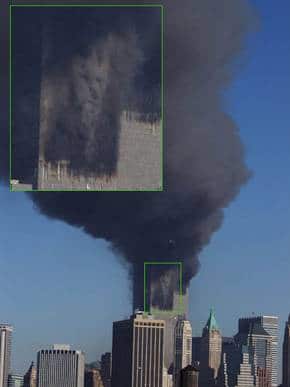 The noose is slowly closing around the monstrous lie of 9/11 as well as the unindicted co-conspirators but one name stands above them all and that person is not Osama Bin Laden. That person is Dick Cheney who refused for good reason to be questioned under oath by the 9/11 commission. Dick Cheney’s fingerprints are all over America’s greatest and most treasonous crime and cover up

The central problem with the 9/11 attack was that it was and still is referred to as a, never proven, terrorist attack and was never treated as a domestic criminal act ~ which growing evidence now corroborates.

The murderous crime of 9/11 would likely have been impossible without the assistance of high level power brokers, many connected to the Project for the New American Century (PNAC), but at the center of this carefully planned and treasonous false flag web of deceit was the shadow president, Dick Cheney ~ the one man with enough power and control to not only ensure its success but direct and implement its cover up.

Here are some of these high level power brokers listed and pictured on the “Who did it” web site.  Here are also some excerpts and important questions, along with my notes, from that article;

“ Here is a synopsis of what the best and brightest researchers around the world have gleaned over the past five-plus years from the best evidence available:

Dick Cheney was in charge of NORAD on 9/11 and ordered a stand down personally allowing an approaching drone/missile to proceed to Washington, DC and hit a designated portion of the Pentagon ~ destroying all records of the pentagon’s recently announced 2.3 trillion dollars of missing funds, which most likely included contracts with his former company Halliburton.

Watch TV host, Jesse Ventura, former Navy Seal, former Governor of Minnesota, in a 40 minute edited documentary on prime-time American television, make an open and shut criminal case tying Cheney, Rumsfeld and officials throughout the US government with complicity in the planning, execution and subsequent cover-up of the 9/11attack on the Pentagon. Video ~

Why Kill Your Own People?

“ This is the toughest part for the uninitiated to understand. The people who planned and executed the treasonous, heinous crimes of 9-11 are largely drawn from a handful of people known as NeoCons. Many of these are current or former members of PNAC (Project for the New American Century). Many are disciples of Leo Strauss, a German-born, fascistic, political philosopher who taught at the University of Chicago. Strauss thought that the average person was too stupid to decide what is in their best interest and that a ruling elite should govern all of humanity.

Taking a long-term perspective, 9-11 was conceived as a “stepping stone” to eventually enable the creation of a New World Order (NWO), the ultimate goal of the ruling elite ~ one global, fascistic, police state in perpetual war against an unseen enemy… terrorism.”

Note that Dick Cheney was the perfect spokesperson for this ideology which advocated any means to their end.

“ There were also several short-term objectives of 9-11: to push the USA Patriot Act through a compliant and complicit Congress; to declare war on Afghanistan and Iraq; to create a “siege mentality” in the USA and around the world; to eliminate the Constitution and in doing so eliminate Constitutional Rights and civil liberties; to dramatically increase military and “security” spending; to further divide the country; to rapidly militarize local police; to set the stage for the next “9-11”; and, ultimately, to prepare for martial law.”

Once again, the most vocal and authoritative practitioner of this NeoCon strategy is Dick Cheney. Here are the updated human and financial costs of Cheney’s NeoCon pipedream ~ not including the over 3000 murdered on 9/11.

How Could They Keep It Secret?

“Most people assume that for insiders to have pulled off 9-11 would have taken so many people that someone would have talked by now.

First of all, it seems likely that there were as few as roughly 140 people who were intimately involved in the details of 9-11. On this site,  you can see pictures and a short bio of the 90 people who are highly likely to be the top criminal co-conspirators guilty of the planning, execution, and subsequent cover-up of the treason and mass murder that took place on 9-11.”

Dick Cheney is at the top of the list for obvious reasons as one of the leading members of the PNAC who advocated a new Peal Harbor. He ran a secretive shadow presidency under George W Bush, controlled the daily intelligence briefs to Bush and had his own intelligence department ~ with the Office Of Special Plans bypassing the CIA and directly sending him misinformation regarding Iraq and weapons of mass destruction. Cheney obviously had little respect for the constitution and Bill of Rights.

Who are on the List of Suspected 9-11 Criminal Co-conspirators?

“ This list was compiled after many hours of research. Many, if not most, of the people named here were very likely criminally involved in the planning, execution, and cover-up of the crimes of 9-11 ~  crimes which include mass murder, accessory to mass murder, and treason. There is a slim possibility that a few people named here should not be on this list. If evidence surfaces that would exonerate someone named here, their name will be removed.

Clearly, there are people who were involved who are not on this list; for instance, the people on the small team of demolition experts who actually wired WTC 1, 2, and 7 for demolition. We won’t have a final verdict on all of the perpetrators until a new and fully independent 9-11 investigation is launched that has the ability to subpoena documents and question suspects under oath.

As far as why no one has confessed, look at it this way: everyone involved in 9-11, even those only involved in the cover-up, are guilty of crimes for which they could possibly receive a death sentence if convicted. If that isn’t enough incentive to remain silent, I don’t know what is! How many times has a criminal ever confessed to a crime for which they were not even a suspect?! Criminals will only confess if they’re convinced they’ve been caught and they’re willing to make a deal for leniency if they reveal their cohorts.

Furthermore, when you read the names on the list of suspected perpetrators, you’ll see right away what a tight-knit little group it is. If there were even a shadow of a doubt about someone’s loyalty, they would not have been invited into this cabal.”

Of the 103 people named on the list of suspected 9-11 Criminal Co-conspirators there are: ( courtesy of www.whodidit.org )

But the number one co-conspirator or the face of the monstrous lie of 9/11 is Dick Cheney whose fingerprints were all over the tainted intelligence for attacking Iraq, Cheney had total control of NORAD on 9/11, Cheney fiercely resisted a 9/11 Commission inquiry and then would only testify with Bush and not under oath, Cheney was the strongest advocate for torture and rendition in order to obtain false confessions for the false flag operation that he either implemented or facilitated ~ and Cheney refused to stop the incoming missile or drone attack on the Pentagon on the morning of 9/11.

When Cheney was asked in a recent interview by Weekly Standard’s Stephen Hayes, “to respond to those who argue ‘the things that we did amounted to torture and the sense that maybe the moral position of the United States was eroded because of the things that we did here in this country.‘ Cheney arrogantly dismissed the question, saying they water boarded only ‘a handful’ of people, which, he claimed, ‘produced phenomenal results.’”

9/11 is the litmus test for all Americans. The fact that anyone can still believe the “official” story is a testament to the on going power of fear-induced denial and the bamboozle effect. Here’s an 8 minute video of that litmus test ~

As for Cheney ~ the die is cast. He will either be eventually indicted or forever be the face of the most monstrous and treasonous lie in American history. A lie that will never be forgotten or forgiven.

It was our founding father George Washington who prophetically wrote ~ “Should, hereafter, those incited by the lust of power and prompted by the supineness or venality of their constituents, overleap the known barriers of this Constitution and violate the unalienable rights of humanity: it will only serve to show, that no compact among men (however provident in its construction and sacred in its ratification) can be pronounced everlasting and inviolable, and if I may so express myself, that no wall of words, that no mound of parchment can be so formed as to stand against the sweeping torrent of boundless ambition on the side, aided by the sapping current of corrupted morals on the other.”

Unfortunately, America has reached the point where protecting the government, as morally corrupt as it may be, is seemingly more important for our leaders than finding and excavating the truth of 9/11.