Never have I been as sickened and ashamed of being an American as yesterday. In more than 6 decades of life, I have seen America ignore mass murder, put vicious dictators in office, sold its history of heroism and sacrifice to a pack of international bankers and thieves.

America, as almost every American will tell you, is a nation run by a pack of crooks and tyrants who crush a population being pushed into poverty with the help of a censored and controlled press.

This is one thing almost all Americans agree on, they just blame different people for causing it. I suggest Americans blame themselves.

Reporting on the 9/11 anniversary was the lowest point in my memory, pure censorship. The biggest reason, one few are aware of but true just the same, is that “conspiracy theorists,” according to the ADL (Anti-Defamation League) claim to have proof that Israel helped plan and execute 9/11.

This was enough, the fear those in the press have of being labeled “anti-Semites,” the threat the ADL throws around to stifle any honest discussion of American policy in the Middle East, to omit all reporting of dissent on 9/11, even the official dissent of the commissioners who investigated the incident and requested criminal prosecution for many Bush officials who they say lied to them and were covering up some kind of conspiracy.

Then there are the groups, families of victims, the first responders, police and fire, the pilots, the military, the veterans, the engineers and architects who all say 9/11 was a staged false flag terror attack that had nothing to do with hijackings.

Only one real poll has ever been held, in Australia, seeing who supported these ideas. The surprise?

77% held these beliefs, beliefs that didn’t receive a single word of mention on 9/11. That is the nature of censorship, of tyranny, of dictatorship under the guise of democracy.

America is simply a dictatorship with a controlled press, where elections are held between carefully screened candidates and even those are rigged.

How do you define a criminal? How many do they have to murder? How many crimes before someone goes to jail? If you are poor, the answer is “one.”

If you are powerful and control the press, there is no answer at all.

This is the nature of the Building 7 controversy.

On 9/11, one building was not hit, the third tower, known as Building 7. Some believe a plane that crashed somewhere in Pennsylvania was supposed to hit that building but couldn’t. A wild story was invented about passengers taking over the plane.

They made that into a movie. Nothing in that movie can be proven true, not a single fact. It is entirely fiction.

Without this science, they tend to fall over or end up half standing and half collapsed, leaving months of work.

Then we have the interview with Larry Silverstein, the “lessor” who claims he ordered the destruction of Building 7.

We have this on tape, it was broadcast around the world on CNN.

Then, further, we have the destruction itself, firemen announcing the upcoming explosions, we hear them go off.

Then, however, we have the official report that calls all this evidence “conspiracy theory” and claims that the undamaged building fell because of “office fires.”

What we have is murder.

What we can also assume, according to the work of many prominent scientists, is that the twin towers, much larger, much stronger, that were said to “pancake” after fires caused by plane crashes were, in fact, destroyed the same way, controlled demolition.

The scientific evidence for this is overwhelming.

What we have is murder.

What we don’t have is hijackers. So long ago, when a group of the 9/11 hijackers came forward claiming they weren’t really dead, we all laughed. 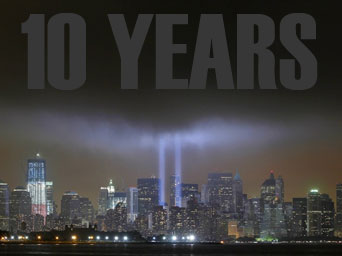 After all, we saw the planes, we heard the stories, all the same, passports falling from the sky, stories of flight schools, and Saudi money paying for Osama bin Laden’s vicious criminal act.

Then, year after year, bin Laden himself, came forward bragging about 9/11.

Little did we know that those videos, the audio tapes, had been proven forgeries, sold to the US government by Israeli intelligence, now a fact very much in evidence.

What is in evidence? Bin Laden said 9/11 was done by others, he named Israel, he named drug cartels and he named American extremists.

Then we are told he died, in 2001, told by CIA handlers who knew him for years, told by the ISI handlers who worked with him, told by those who claim they buried him, confirmed by newspapers across the Middle East and Pakistan that reported his death from kidney failure.

In fact, dozens of American intelligence agents have come forward with this same story, only ‘disproven’ recently when bin Laden was captured, shot for no known reason and then thrown into the ocean, a thousand miles away, also for no known reason.

Then those who did it, the SEAL team, no, not others, it was them, all died in a mysterious helicopter crash that violated every security protocol known to man.

Back in Pakistan, where bin Laden was captured or killed or whatever, TV reported a helicopter crash and dead Americans everywhere. Witnesses seemed credible and they had film of the helicopter parts strewn across the ground.

American claimed the helicopter was victim of a minor ‘mishap.’

Then again, the CIA claimed, or used to claim, that bin Laden died in 2001 and his body was recovered near Tora Bora, from a shallow grave and returned to a Navy base in the Gulf Region for storage.

I only know this because I interrogated bin Laden’s CIA handler.

Later we met with the current Director General of the ISI, a discussion covered by security issues involving the governments of Pakistan and the US.

What we do know is that 9/11 was a horrible crime. What we do know also is that crime is being covered up by a conspiracy, we have names of 103 involved against whom we have sufficient evidence to warrant an immediate criminal investigation.

I have certainly lost faith in the US government, no secret there. Not having faith in government is about as patriotic a thing any human can do.

American needs its own “Arab spring.” Even Israel is getting one, demonstrations last week had 500,000 in the street but our press reported little or nothing of it.

Even our good friends in Israel, when they stand up for freedom, are silenced.

Everyone is silenced almost as though this were Stalin’s Soviet Union with a “smiley face” stuck on it.

We are living like pigs in clover, for a while at least, Obama ready to borrowed $400 billion for jobs so American people can live a bit longer before the collapse we all see as inevitable sets in.

The talk in Washington, all of it? Theatre and lies, nothing more.

Our press? The same as we all saw yesterday when censorship reared its ugly head as never before.

Millions, tens of millions of Americans are demanding jail, execution, even overthrow of our own government because the 9/11 murders, Americans killing Americans (mostly), a crime now totally exposed for what it is has been shelved as though we were all cattle.

Some call us “sheeple.”

Yesterday, Senator McCain told us that American will fight no more wars in the Middle East. He is right.

We are no longer capable. We are broke, our military is in collapse, 500,000 of what should be our best soldiers are now disabled veterans, waiting for years to go on a lifetime of anti-psychotic medications or treatments for traumatic brain injuries or lost limbs.

They aren’t going to be replaced, no matter how much poverty American is pushed into. Ron Paul is right, the draft will have to return.

The real issue isn’t government, it is the press. Yesterday was “lie day,” lies of omission, of censorship, of deception and full criminal complicity in murder.

Even Huffington Post, the once “opposition press” showed its true colors, the worst of them all.

Fox News, the network that broke stories on bin Laden and the 9/11 deception, Geraldo Rivera and Judge Napolitano, were silenced forever.

A year ago, they exposed it all as did others.

Then history and time were erased and dictatorship reared its ugly head.