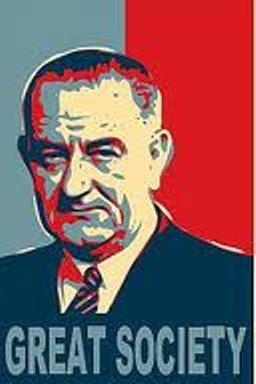 Friday I started this two-part article on understanding suicide, blaming much of it on the basic deterioration of the family unit and society as a whole. The basis is on the observation that for decades the issue of military suicide was at, or in many cases, just a notch below suicide in the general population.

It is my belief that it was the result of the disciplined structure of military life and the fact that throughout the first half of the 20th century, particularly in time of war, we had a balance between conscription and volunteers. Additionally, prior to the War of Poverty, which began in the Sixties, the majority of military enlistments came from two-parent, intact families.

According to The Future of Children Foundation (The Future of Children is a collaboration of the Woodrow Wilson School of Public and International Affairs at Princeton University and the Brookings Institution), “the changes in the marriage, divorce, and remarriage rates over the past 70 years have had a profound effect on the living arrangements of children. A growing number of children are being raised by single parents or by stepparents.

One can draw a direct correlation between the rise in broken families and military suicides beginning in the Vietnam era when the family structure began to crumble. Many of the young men, (most were born in the 1940’s) were drafted shortly after high school because they couldn’t afford a “college deferment”. The cost of a college education, even in those days, was beyond the means of many single family households. Additionally, the other avenues to “dodge Vietnam” were to join the National Guard, flee to Canada, or “be connected” to get a lower draft registration classification with the help of an affluent parent.

2/3 of those who served in Vietnam however, were volunteers or those who volunteered for 1-A status for the draft. That figure alone was enlightening. But within the five-year period following the withdrawal of troops and discharge from the military, deaths from suicide were 1.7 times more likely among Vietnam veterans than non-Vietnam veterans. This has to stem from the despair of the disintegrated family (with no one to turn to) and the “psychological pain” felt from the rejection most troops received on their homecoming.

An added fact that must be consider when assessing why the suicide rate jumped following Vietnam, was that the average infantryman faced 240 days in combat because of the helicopter versus just 40 days over the entire four-year war in combat for the veterans of WWII.

Since the Vietnam era the changes in the marriage, divorce, and remarriage rates have had a profound effect on the living arrangements of children. The number of children being raised by single parents or by stepparents has risen steadily. In 1990, approximately one quarter of the 64.1 million children under the age of 18 lived in single-parent households; 9.5% (6 million) with a divorced, single parent, 7.7% (4.9 million) lived with a never-married parent, 7.6% and (4.9 million) lived with a separated or widowed parent, and 4.7% (3 million) lived in a house with no parent present. While this trend is seen regardless of ethnicity, it has grown to epidemic proportion in the African-American population where 52% of the children do not live in a 2-parent household. In 1960 the figure was closer to 4%!

The rise of the suicide problem has to be laid at the foot of the failed social policies whose “safety-net” promises and grandiose schemes of the government becoming “the provider of choice” for many. It has created an entire class of dependency. To become eligible for government support there is a disincentive to have children inside a two-parent family structure. Today with such a high number of children without the family support we had in the first half of the 20th century, is it any wonder to anyone with half a brain, that society in general, across the entire spectrum, has deteriorated to the point where all forms of crime, drug and alcohol dependency, high school dropout rate, and poverty, is on the rise. No one ever reached “wealth status” on government handouts.

Here we are in 2011 witnessing an epidemic suicide rate in the ranks of the military rising rapidly since the start of the Gulf conflicts. Were it just for the fact that our troops are facing multiple deployments with little R&R in between (as was pointed out by Marine Corps veteran John Murtha), then we could easily blame “battle fatigue” (from WWI), shell shock (a WWII diagnosis), and post traumatic stress disorder PTSD (current diagnosis), as the culprit and forget my entire theory about the “family structure”. That would be easy. BUT what about those in the military who have never been in the battle zone? Their rate of suicide is just as bad statistically when compared to the general population.

Over one million people die by suicide every year. The World Health Organization (WHO) estimates that suicide is the thirteenth-leading cause of death worldwide while the US National Safety Council rates it sixth in the United States. Suicide is the leading cause of death among teenagers and adults under 35 with the rate being higher in men than in women. Additionally, there are an estimated 10 to 20 million non-fatal attempted suicides every year.

You can easily see that the isolation many Vietnam era veterans felt following their homecoming, without the comfort of a nurturing family environment, can be directly associated with obvious issues that make suicide a viable alternative to life… Socio-economic factors such as unemployment, poverty (stemming from discrimination of being a veteran), homelessness, and the pain of PTSD were all part of the lexicon that awaited the returning warrior. One VA study found that a lack of social support, a deficit in feelings of belongingness and living alone were crucial predictors of a suicide attempt.

The military today is just as vulnerable as I pointed out in earlier articles. The enlistment ranks are swelled with those fresh out of high school, many who are married within months of joining the military. Following their initial training they are sent off to Iraq and Afghanistan, leaving their family at home to live on an income below the national poverty line (the military enlisted are the at the bottom of the federal pay scale). Many come home to find their own family in disarray because it never had time to mature before being deployed. In short many couples have “outgrown their relationship” and there is a gap in communication, intimacy, and what being a father or mother is all about. This is the perfect scenario for a deteriorating relationship leading to PTSD and loneliness, much the same as the Vietnam veteran felt upon his return.

The only difference between the Vietnam vet and the veteran today is that the realities he faced in no-fault divorce, the feminization of America, the single parent household, and the dependency on government as “the bread-winner”, came to symbolize the family of the Sixties, so too has the deterioration of the families as outlined above given way to “the perfect storm” environment for suicide. My assessment of the family environment being at the core of the problem is not a lone thought. Governments all over the world are reluctant to devote much effort to investigating the “family unit” as the root cause of suicide, because of their “investment” in social justice and other liberal policies make it impossible to admit failure. And that my friends, flies in the face of everything the War on Poverty was going to fix!

As President Ronald Reagan said… “in the Sixties we fought a War of Poverty and Poverty Won”.