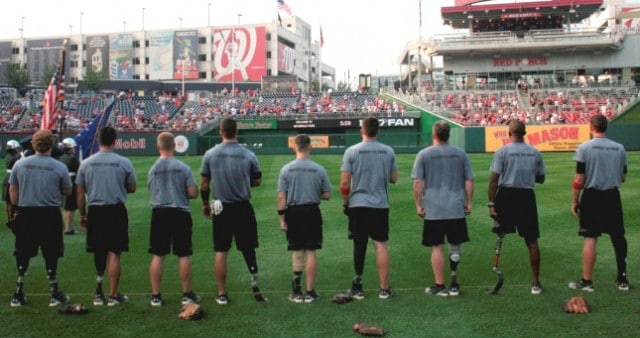 On September 4, the Wounded Warrior Amputee Softball Team took on local Washington, DC celebrities at Nationals Park. Read more about the team and the game at VAntage Point | View photos