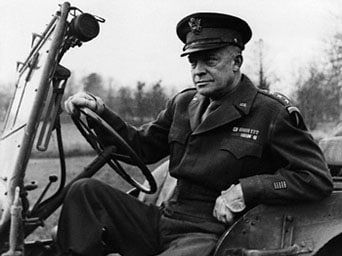 David Eisenhower, grandson of the president who warned Americans of a “military-industrial complex(MIC) 50 years ago, says in an essay this month that that coalition today “retains significant influence…” Yes, indeedy! In fact, when the Pentagon gets more than half of all taxes collected from the American people and spends more for war than all our 50 governors spend to run their states, his phrase “significant influence”  may be a wee bit understated.

As the National Priorities Project(NPP) of Northampton, Mass., puts it:

“Since 2001, the U.S. has spent $7.6 trillion in security-related efforts, including: Department of Defense base-line, nuclear weapons, Homeland Security and war.” The $500 billion being spent just on the F-35 fighter-bomber jet alone is feeding Lockheed Martin and Pratt & Whitney and 1,300 other suppliers from nine countries and 48 U.S. States, a business magazine reports.

What’s more, NPP says, this year’s spending of $122 billion just on the Afghan war “is greater than the 2012 deficits of 42 states and the District of Columbia combined.” (Holy cow, Batman, you could run America on that money!)

In a gentlemanly essay published in “Bloomberg BusinessWeek” magazine of September 5th, (the source of much of the other military data in this article), Eisenhower writes that Pentagon budgets today  “remain large, and the U.S. military operates globally in a way not remotely foreseen 50 years ago.” Again, how true! Fifty years ago who could have imagined a Pentagon involved in six wars of aggression in the Middle East! When Eisenhower’s brilliant grandfather ran the army, the United States was not a country that  started wars. Instead, it finished them. Why, it defeated the great powers Germany and Italy in three and a half years while today’s Pentagon has dawdled around for 10 years trying to wrest control of tiny Afghanistan and just can’t seem to manage it! Indeed, a person with a paranoid turn of mind, such as myself, might even suspect the MIC wants an ongoing war or two to keep contractor profits at their historic record highs!

And because the American cause was just in 1944, the entire civilized world rallied behind General Eisenhower as he brilliantly organized and directed the invasion of Hitler-occupied Europe. By contrast, today the entire world, including a majority of Americans, opposes the U.S. and NATO presence in the Middle East, and wants them O-U-T, out!

And who could have imagined in President Eisenhower’s day any American president believing he owns the kingly right to wipe out any human being on the planet without first consulting a judge and jury? Yet Mr. Obama, with perhaps divine guidance from the CIA,  follows this routine regularly. And so what if innocent civilians, including children, are incinerated suddenly by exploding missiles aimed at the enemy from drone attack planes? So what if the USA has become the world’s No. 1 jailer and is holding thousands of prisoners without jury trials in squalid conditions and denies that torturing them is torture?

In his essay Eisenhower writes that his grandfather meant every word of his famous warning. Proof: the popular (“I like”) Ike slashed military spending 27% during his eight years in office. The contemporary Eisenhower says the MIC phrase wasn’t “just words written for him by a speechwriter…Watching segments of it (Ike’s Farewell Address) today, no one who knew Dwight Eisenhower can doubt the earnestness of his words or that they are his own.”

That Farewell Message, Eisenhower writes, “conveyed his deeply held values: his dedication to America’s adventure in free government” and our “charted course toward permanent peace and human betterment.” Those undoubtedly were Ike’s values, all right, but they hardly represent the presidencies of George W. Bush and Barack Obama. Via their ongoing wars, America’s indentured taxpayers today lavish nearly as much on the military as the rest of the world combined. It is a nation that is even manufacturing noxious germ warfare in secret laboratories, and that has set much of its ingenious scientific community to the task of perfecting its killing machines. As Winston Churchill in a speech in the House of Commons once warned, a Nazi victory would sink the world “into the abyss of a new Dark Age made more sinister, perhaps more protracted, by the lights of perverted science.” (Is anyone tracking the number of otherwise splendid American universities where germ warfare is being researched right on the campus?)

As for “human betterment,” that phrase can hardly describe the 1-million innocent victims killed by USA in Iraq, the millions of wounded, the millions forced to flee their homes and/or country. And as the Pentagon bleeds the American people for wars they don’t want, “human betterment” doesn’t describe the fate of America’s 95-million with housing problems(source: Habitat for Humanity), its 50-million without health insurance(source: AP), its 13-million unemployed,(source: Robert Reich) its 44-million on food stamps(source: Department of Agriculture), and its record 46-million living in poverty(source: Census Bureau).

Sherwood Ross directs a public relations firm “for good causes” and writes on military and political affairs. To comment or contribute to his work, contact him at [email protected]