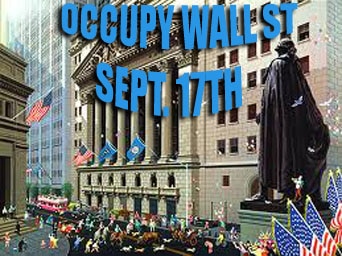 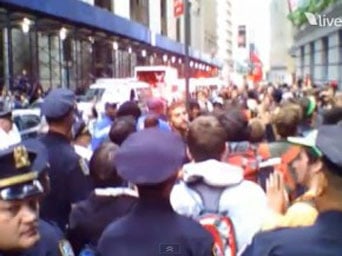 Watch Live – 50,000 Gathered In NYC Poised To Clash With Police

50,000 protestors gathered in NYC are poised to clash with the police, ignoring orders to disperse, as they Occupy Wall Street.

I just received a call telling me a stand-off between the police and 50,000 protesters who have gathered in New York City is poised to occur. The caller has informed NYC police have order the protesters to disperse by 10:00 PM and the protesters are stating they will refuse to follow the order.

As with the ongoing anti-banker protests in Greece, Spain and in fact throughout Europe, the protests here in the U.S. will be largely or entirely ignored by the corporate / M$M media. We now have the masses gathering against the Wall Street Bankers. In fact, the word around the rumor mill, is protesters are planning to divert rallies planned this fall in Washington D.C, and other major cities, to join forces against the bankers on their home turf.

As human rights defenders gear to begin the indefinite People’s Occupation of Washington DC starting October 6, Saturday, hundreds of protesters have descended on Wall Street in New York to occupy it indefinitely, or until President Barack Obama establishes a commission to end “the influence money has over our representatives in Washington.”

“The one thing we all have in common is that We Are The 99% that will no longer tolerate the greed and corruption of the 1%,” reads the official website Occupy Wall Street

Updates from the reported crowd of over 50,000 “Occupy Wall Street Protestors” who continue to deny orders to disperse as riot police gather in mass around them. Watch Live – 50,000 …

Revolution 2011 This Government is DONE