Home World Zbigniew Brzenzski: A New Era of Populism is Upon Us 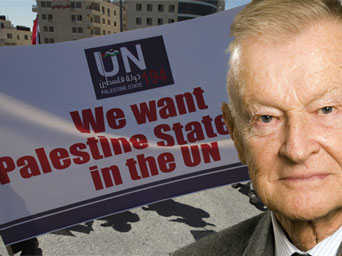 “If we take a vote against Palestinian Independence in the UN, it is not only a serious strategic error but a tragic historical error.”  — Zbigniew Brzenzski

An excellent interview with Zbigniew Brzenzski on MSNBC’s “Morning Joe”

Zbigniew Brzezinski has just returned from a regional conference in Russia, he discusses the absence of any strategic sense of direction in US foreign and Middle East policy. He makes some policy recommendations.

He stresses “the stakes are high,”… and claims “a new era is upon us.”  In his view “…not an era of democracy but an era of populism.” “Popular views are harder, tougher and uncompromising” he asserts. He shares the view of the Europeans  that “America’s position in the Middle East is disintegrating in between our eyes” without direction; “We have missed the boat here,” he asserts.  When asked about his view on the UN Vote on Palestine statehood coming up, he said…if we take a stand against Palestinian independence, it is not only a serious strategic error but a tragic historical error… it will end up very tragically for all concerned… us, the Middle East, specifically for the Palestinians and in the long run for Israel.

On domestic matters,  I like his use of choice of words, “lunatic phase,”  “never-never land,”  “unrelated to reality.”  “1% ownership of the world.”

In Part 1 of this series, I analyzed the changing nature of the Arab world, in experiencing an uprising as a result of the ‘Global Political Awakening.’ Ultimately, I assessed that these could potentially be the birth pangs of a global revolution; however, the situation is more complicated than it appears on the surface. 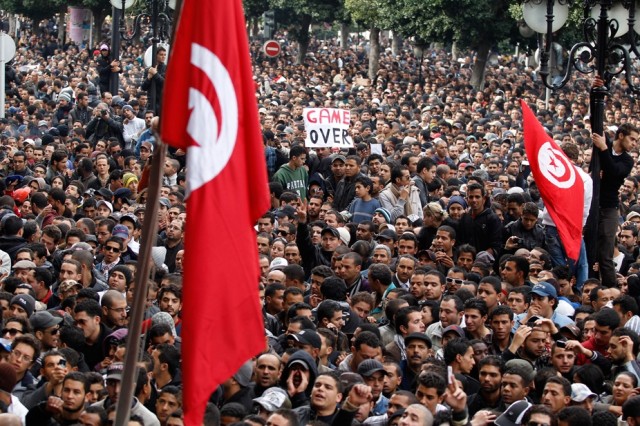 For the first time in human history almost all of humanity is politically activated, politically conscious and politically interactive…

The resulting global political activism is generating a surge in the quest for personal dignity, cultural respect and economic opportunity in a world painfully scarred by memories of centuries-long alien colonial or imperial domination…

The worldwide yearning for human dignity is the central challenge inherent in the phenomenon of global political awakening… That awakening is socially massive and politically radicalizing… The nearly universal access to radio, television and increasingly the Internet is creating a community of shared perceptions and envy that can be galvanized and channeled by demagogic political or religious passions. These energies transcend sovereign borders and pose a challenge both to existing states as well as to the existing global hierarchy, on top of which America still perches…

The youth of the Third World are particularly restless and resentful. The demographic revolution they embody is thus a political time-bomb, as well… Their potential revolutionary spearhead is likely to emerge from among the scores of millions of students concentrated in the often intellectually dubious “tertiary level” educational institutions of developing countries. Depending on the definition of the tertiary educational level, there are currently worldwide between 80 and 130 million “college” students.

Typically originating from the socially insecure lower middle class and inflamed by a sense of social outrage, these millions of students are revolutionaries-in-waiting, already semi-mobilized in large congregations, connected by the Internet and pre-positioned for a replay on a larger scale of what transpired years earlier in Mexico City or in Tiananmen Square.

Their physical energy and emotional frustration is just waiting to be triggered by a cause, or a faith, or a hatred… 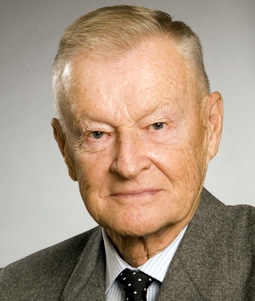 [The] major world powers, new and old, also face a novel reality: while the lethality of their military might is greater than ever, their capacity to impose control over the politically awakened masses of the world is at a historic low.

Former U.S. National Security Advisor
Co-Founder of the Trilateral Commission
Member, Board of Trustees, Center for Strategic and International Studies

Andrew Gavin Marshall is a Research Associate with the Centre for Research on Globalization (CRG).  He is co-editor, with Michel Chossudovsky, of the recent book, “The Global Economic Crisis: The Great Depression of the XXI Century,” available to order at Globalresearch.ca. He is currently working on a forthcoming book on ‘Global Government’.

Netanyahu calls for talks with Palestinians