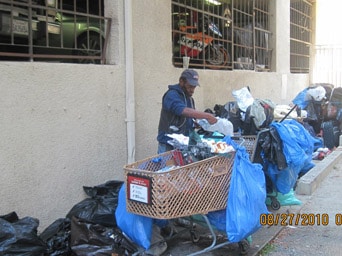 Fellow Veterans and Friends of Veterans

At Sunday’s Veterans Press Conference, Rusty Rustan, a disabled Vietnam War Veteran from Orange County, spoke on behalf of Paralyzed Veterans Association and delivered a powerful message regarding Veterans suffering from PTSD and quoted Major General Smedley Butler, a World War I hero and two-time recipient of the Medal of Honor.  Rusty’s quote was taken from the General’s book “War is a Racket” written in 1936.

General Butler: “On a tour of the county, in the midst of which I am at the time of this writing, I have visited eighteen government hospitals for veterans. In them are a total of about 50,000 destroyed men – men who were the pick of the nation eighteen years ago. The very able chief surgeon at the government hospital; at Milwaukee, where there are 3,800 of the living dead, told me that mortality among veterans is three times as great as among those who stayed at home.

Boys with a normal viewpoint were taken out of the fields and offices and factories and classrooms and put into the ranks. There they were remolded; they were made over; they were made to “about face”; to regard murder as the order of the day. They were put shoulder to shoulder and, through mass psychology, they were entirely changed. We used them for a couple of years and trained them to think nothing at all of killing or of being killed.

Then, suddenly, we discharged them and told them to make another “about face” ! This time they had to do their own readjustment, sans [without] mass psychology, sans officers’ aid and advice and sans nation-wide propaganda. We didn’t need them any more. So we scattered them about without any “three-minute” or “Liberty Loan” speeches or parades. Many, too many, of these fine young boys are eventually destroyed, mentally, because they could not make that final “about face” alone.”

Nothing has changed in 75 years, except, instead of locking Veterans in mental institutions (hospitals), now our government  uses “mass psychology” to treat Veterans diagnosed with PTSD by giving them mood-altering drugs.

Today, in Los Angeles, 20,000 disabled and disadvantaged Veterans have been exiled from their National Home and forced to live alone, homeless and hungry, oftentimes outside the locked gates to their legally deeded Home.

A corresponding paragraph from the General’s book.  “In the government hospital in Marion, Indiana, 1,800 of these boys are in pens! Five hundred of them in a barracks with steel bars and wires all around outside the buildings and on the porches. These already have been mentally destroyed. These boys don’t even look like human beings. Oh, the looks on their faces! Physically, they are in good shape; mentally, they are gone.” 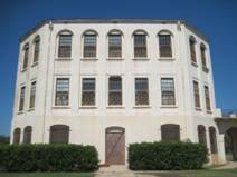 General Butler no doubt visited the Los Angeles National Veterans Home that was changed in the early 1930’s from beautiful Victorian Resident Halls with landscaped gardens into asylum-looking lock-downs, that still stand today except they are empty and Veterans with disabilities are forced to live in back-alley squalor.

When government’s mass psychology treatment and mass back-alley housing is instituted as “care” for our disabled and disadvantaged Veterans, it creates mass casualties. But who really cares if Veterans overdose or take their own lives at the rate of 18 a day, 6,500 a year?  It’s just one less Veterans to “care” for.

Fellow Americans, this is not Veteran suicide, it’s Veteran genocide perpetrated by our own government.

Join the Veterans Revolution and “Bring Our Homeless Veterans HOME.”