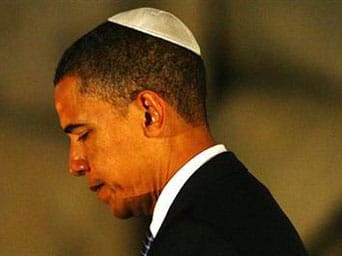 “Likudnic in the White House.”

“Netanyahu could not have written it better.”

“Obama at this point, is in line with the Likud party.”

“Obama is a pro-Israel president …Since January 2009, he provided Israel with all its needs both in diplomacy and in terms of security”

Obama is not performing too well in the polls. He clearly needs the Jewish Lobby on his side. The American president ‘provided’ yesterday and the lobby was quick to react- “Israel has no better friend in the world today,” wrote the president of the National Council of Jewish Democrats, David Harris.

According to Ynet,  Hours before his UN General Assembly Address Obama sought to ensure that prospective Jewish voters pay close attention to his speech.

“Three of Obama’s aides held a conference call with the president’s Jewish supporters and community leaders. The advisers, all Jewish themselves, asked the supporters to “spread the word” that Obama will give a pro-Israel speech which reflects his own genuine positions and implored them to pay close attention to the president’s UN address.”

The three Jewish advisers  “stressed that the Republicans intentionally distort Obama’s statements to portray him as an anti-Israel president, when in fact their arguments are baseless.”

If anyone was foolish enough to believe that America could ever be a broker for peace in the Middle East, the truth is now unavoidable. American political world is clearly hijacked by a foreign lobby that represents foreign interests. America cannot rescue itself. What we see in front of our eyes is basically a tragedy.

Greek tragedy depicts the downfall of a noble hero, usually through some combination of hubris, fate, and the will of the gods. The American tragedy contains the same elements. America has regarded itself as a ‘noble hero’ since its creation, ‘hubris’ is also far from being foreign to American culture. Americas’ fate has been written on the wall for more than a while. And what about the Gods, can you guess who the Gods are? I think that Obama and his party knew very well whom they were trying to appease last night. They know very well who their Gods are because they shamelessly mix with them at least once a year at AIPAC annual gathering.

However, Obama and his ‘advisers’ maybe mistaken here. Their ‘Gods’ are not stupid at all, they grasp what Obama is up to, Ben Horin wrote last night, they understand what ‘2nd term’ means in terms of Israeli politics. They remember, for instance, that during the election campaign in 2000, George Bush promised to move the U.S. embassy from Tel Aviv to Jerusalem, but once re-elected he was the man who pushed Sharon to withdraw from the Gaza Strip. They remember that the same George Bush was also the president who sided with Abu Mazen, and declared that negotiations with the Palestinians should be based on 49 armistice lines.

If Obama thinks that the ‘Gods’ are now beside him, he is deluded.

Obama made a grave personal mistake yesterday. But it is Americans, Israelis and Palestinians that will pay the price. What we see here is a classic tragedy, for America doesn’t posses the political power to save itself from itself.

The only question you may want to ask yourself at this stage is how long will it take for America to emancipate itself from its ‘Gods’.