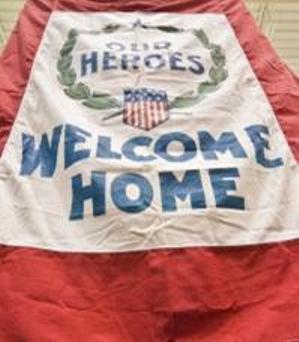 Imagine a successful military career that met every expectation you’d dreamed of when you were growing up. You learned honor, discipline, loyalty, career skills, and self-confidence, and now feel you are ready to go out into civilian life and conquer the world.

The minute you drive through the base gates for the last time, you, like most other veterans will begin to have second thoughts…the economy, unemployment, the flashbacks to combat action, and having your fellow brothers in arms in which to confide, will all be behind you. It can be a scary feeling.

When you first returned from overseas duty you had some adjustment problems which only you knew how many and how deep, but the counseling helped you realize you had a team behind you to make that decompression easier to handle. Reorienting to your family and children were probably the biggest hurdle, but you know it’s only a matter of time before everything is normal, and you know it has to be better once you become a civilian again. Your confidence returns after those instant thoughts of doubt and hesitation, but you know you are ready to face new challenges.

Hold on a second…. What happens if all doesn’t go exactly as you planned? Finding a job, a new career, leaning to cope with the stress of real life…communicating with your spouse and children, meeting financial commitments, healthcare, and many other situations where there always seemed to be answers when you had the security of the military. Life in the military wasn’t always perfect, but there were always solutions and help when you needed it.

The transition from the military to civilian life can become the biggest challenge in the life of a warrior. While each generation of military veterans had their own unique situations during the readjustment period, today the transition can be even more difficult because of conditions beyond our control. The unemployment numbers are scary; the cost of gas and food seem to be on the rise every day; the peer pressure on our children in school; the absolute insanity of our government’s handling of the economy; and the rising federal debt surrounds us like a dense fog, and we are seeing the ability to adapt slipping away.

During the first decade of this century we saw more changes than most of us ever thought possible. The Internet makes information available almost as soon as an event happens; Facebook, YouTube, Twitter, cable television, and others who report stories about the minute to minute changes in daily life, have stolen our privacy and with it, the intimacy and security we knew just a few short years ago.

We no longer have Christmas, Easter, Thanksgiving, and other days that were set aside under a nation believing in “god-given, unalienable rights”, and have let them be replaced by “winter vacation, spring break, and turkey day”. It seems nothing is sacred any longer. Life races forward at a break-neck pace, seeming to compete with the little sanity left in the minds of its citizens.

Over the last dozen years we have seen a rise in single parent families, school dropout rates, loss of self-reliance and personal responsibility, and a normalcy in which we used to find comfort. For many veterans who have recently left the tradition and stability of the military, we see many startling problems from the rates of divorce and substance abuse to suicide and mental illness. This has been complicated by issues of post traumatic stress disorder, proposed cutbacks in veterans’ benefits, and a seemingly never-ending struggle just to survive.

The military (the Veterans Administration and Department of Defense), has not been sitting on its hands these past few years. They are concerned combat experiences and being away for an extended period of time could put returning troops at risk for post-traumatic stress, domestic problems — and even suicide. For most the counseling today is mandatory but for all, it has been favorably greeted and seems to be providing a measure of success that was only envisioned by the most optimistic.

According to oneHouse Committee on Veterans Affairs report, “No one is suggesting we have found the magic pill to eliminate PTSD and other issues of war, but we are aggressively educating and encouraging soldiers who struggle to reach out early for support. We believe early, mandatory counseling through an organization like the Veterans Center, which knows and understands veterans, is the most profound way we are assisting soldiers upon reentry. It is about early intervention and not waiting 30 years to reach out”. The report concludes the discussion about the absence of counseling, “Without support, problems manifest in the home and workplace through ineffective behavior, decreased productivity, and economic losses, and must be resolved in a reasonable time and manner”.

As I said, prior to leaving the military, there is the security of available counseling by professional healthcare specialists well-versed in warrior issues, but once a soldier goes through the base gate for the last time, prior to the new support mechanisms that have been developed in recent years, they were on there own. Unlike the situation for Vietnam era veterans, thank God for an aware and caring public, a Department of Defense and VA commitment to provide follow-up care, and large numbers of volunteer organizations that stand ready to provide the support needed to make the transition to civilian life a success.

The Warrior2Citizen Project is the vision of Brigadier General John Owings (Ret) and Col. Michael Roberts (Ret). Warrior to Citizen focuses on helping our military men and women re-integrate into life as citizens after serving our country as warriors. Military personnel, active-duty, those on reserve status, and veterans are eligible for the program.
Warrior2Citizen is an effort to bring our military back home and become productive citizens by re-integrate into civilian life. With experience being a good teacher, W2C understands they must deal with the many symptoms of war related post-traumatic stress as well as the economic, educational, family, and intimacy challenges that civilian life brings to the transition process.

The program, which is becoming accredited by the Department of Defense and the State of Georgia is a highly confidential and effective program, with a special emphasis on treating families as well as the warrior. In a comfortable, non-formal setting, the curriculum focuses on individual and group counseling on the unique issues of service members, veterans, and in particular on the physical and spiritual needs of the spouses and families. Services will be provided for those who may be struggling with:

The education and training curriculum better harmonizes and balances the veteran and his/her family throughout pre-deployment, deployment and reintegration cycles.

Gen. Owings served more than 31 years as a United States Army Chaplain on active duty, in the reserves and the Georgia National Guard. He is a Southern Baptist Minister with more than forty years of ordained ministry and spiritual mentoring to numerous civilian congregations, military parishes, young ministers and chaplain candidates. His development of the “Strong Bonds Program”, “Regional Care Team Program” and “Chaplain Candidate Program” has been recognized by The Adjutant General of Georgia, The National Guard Chief of Chaplains and U.S. Army Chief of Chaplains as the best in the Nation. His post graduate doctoral degree is from Erskine College and Seminary. His military awards include the Bronze Star Medal, the Legion of Merit Medal and three Meritorious Service Medals

Col. Roberts served more thirty years as an advisor and intelligence officer for military intelligence, homeland security, and intelligence agencies. Michael served “in theatre” over a fifteen years. As an intelligence analyst, leader, educator, and strategic advisor to senior government officials, he is accomplished at developing visionary and pragmatic effective solutions. He is a well-know and dedicated leader with expertise in national security; military and homeland security program, process, and product development for Military, Intel, Public Health and Safety communities. In civilian life he has established programs for the homeless and other leadership to community-based, care-giving programs. His resume includes the faculty and management staff of the Georgia Tech, Georgia Tech Research Institute, University of Georgia, USF, and other universities. Michael attended Stevens Institute for Technology and St. Peter’s College (MS, BS), National Security and Strategic Studies post graduate work from the Army War College, and has been credentialed as a Certified Emergency Manager (CEM®) and Certified Management Consultant.

If you would like more information or wish to support this noble non-profit program please visit the Warrior2Citizen website above. To donate click HERE and receive a 2-night, 3-day travel voucher good for a weekday get-a-way at more than 60 prime vacation destinations, including Disney, Branson, Atlantic City, Las Vegas, Gatlinburg, and many, many more fabulous locations.