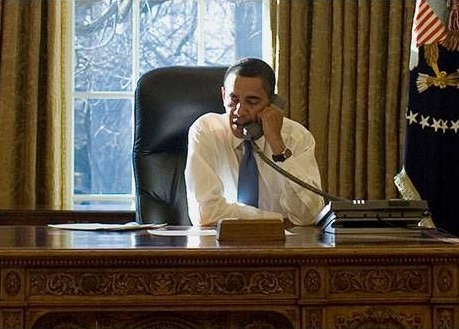 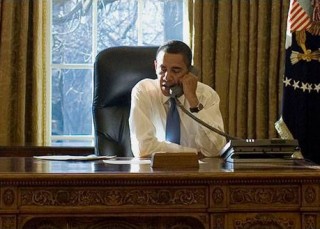 Racism is Alive and Well

When I was growing up in the 50s and 60s, racism was an accepted way of life.  In the north where I grew up, it was not written into the law, but that made little practical difference.  I lived in an all white suburb of Detroit and the only black people I saw were the garbage collectors and occasionally a delivery person.

The N word was thrown around loosely and one neighbor even named his black dog, Niggy. Major strides were made in the 60s with the civil rights legislation and when I went off to an integrated college, I found that my suspicions were correct that we had more in common than we had differences. Slowly things changed; more blacks were on TV and the job situation improved.

The economy was doing well and all people had the chance to get decent jobs. The military promoted equality, though the high command remained mostly white.  The USSR was our common enemy and this was more important than individual differences.

By the turn of the 21st. century, it appeared that true equality, while not yet a reality, was at least, within sight. Of course, not everyone was onboard with this. There were still some hate groups, both white and black, but most people realized how stupid racial hatred is. Many blacks were now part of the middle class or higher. The new divide seemed to be more along economic lines rather than racial with poor blacks and ‘white trash” being the scorned.

By 2008, most Americans were willing to accept Barak Obama as a serious candidate for president and, of course, he won and became president. Many of us patted ourselves on the back for putting qualifications ahead of race and some even went as far as to say that race no longer mattered. If only that were true. Instead of uniting the country, Obama’s presidency seems to have brought out all of the extremist nutjobs who preach hatred. In reality, Barak Obama is as much white as he is black.

His mother was a European American and his father was African, but no one thinks of him as the half white or half black president. Old Jim Crow laws from the south stated that in determining the race of a person, if he/she had one drop of negro blood, he/she was a negro. While this is no longer a legal standard, people still think that way, so Obama is black. 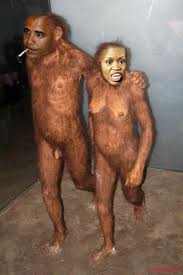 As the first black president, he has been subjected to insults and questions that have never faced a president before.

Even after showing his birth certificate, something no other president has ever had to do, some people still think he was not born in the US. Hawaii has been a state since 1959 and was a US territory before that so there really should have been no question.

His only difference, is his color. Even before his election, some questioned his loyalty to this country and his attendance of a controversial Christian church for 20 years was made a huge campaign issue.

Those same people now say that he is a Muslim. First of all, if he were a Muslim, there would be nothing wrong with that. The constitution states that there shall be no religious standard applied to candidates for office, so whether the candidate is Muslim, Jew, Christian, Buddhist, Hindu, or Atheist should not make any difference.

Our government is supposed to be secular and completely removed from any religious influence.  This is why our country has lasted as long as it has. Theocracies tend to be short lived. Obama is not a Muslim, of course. Rev. Wright’s church does not teach from the Quran.

It is one thing to criticize a politician’s policies or even his qualifications, but 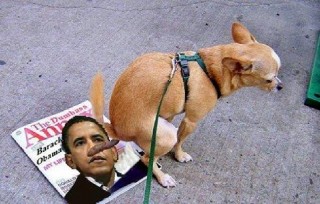 questioning his citizenship or loyalty is going too far. G. W. Bush received a lot of criticism during and after his presidency, but I have never heard anyone question his love of country. We just feel that his ideas were wrong.

Obama has been called every name in the book and a few that have not made the book yet. Bill Clinton was hated by the right, but even he did not get this kind of treatment.

I can only conclude that Obama is being singled out due to his race. I have a friend that is politically a right winger, and this is fine as long as he stays with issues and qualifications, but he keeps sending me extremely distasteful raciest cartoons and stories about the President.

One of the milder cartoons featured a photo of an ape family with the President and his family’s faces on the apes. Even his daughters’ faces were used. I have not seen such trash since the 50s, and I thought we were well past those days.

Even the First Lady has not been spared. First Ladies typically have a project or theme for their tenure in the White House. Laura Bush promoted literacy and reading, which is ironic considering who she is married to, but never the less, it was a good issue to promote. Michelle Obama is promoting good nutrition and exercise for our young people. This should not be a contriversial subject, but there are those who view this as government telling them how to raise their children, and if they want to poison them with crap food, it is their right.

The Obama candidacy in 2008 brought out a lot of young, hopeful people that were energized by his message of hope and change. He has accomplished some of his promise, but mostly has been a disappointment to his strongest supporters.  He has continued many of the Bush policies that he campaigned against. WHY? This is the question many of us have been asking. People who know him say that he does not like confrontation and is too willing to compromise. This certainly seems to be the case as he often starts a negotiation by offering a compromise.

Perhaps, as the first “black president” he is being overly cautious. When Jackie Robinson was chosen to re-integrate major league baseball, (baseball was integrated in the late 19th century, but became re-segregated around the turn of the 20th century) he was chosen for two primary reasons: First, he was an excellent baseball player and no one could question that fact, but there were many very good ball players in the Negro Leagues. What made Robinson really special was his personality.

He knew he was going to be ridiculed, insulted, spat upon and he could take it and turn the other cheek. This is a rare talent. When a spectator spit on him, he had to resist the temptation to go into the stands and beat the living hell out of him.  To do so would have set back the re-integration of the major leagues and he could see this.

Obama may be in a similar position. If he gets angry and calls out his opponents, some people will say, “Well, it was only a matter of time before the [fill in the racial slur of your choice here] came out.” He has to be that much better to be considered equal.  Recent information received by VT staff indicates that the lives of the president’s family have been threatened if he does not toe the line. This might explain a lot. He may well feel that no one has his back and his only option is to cooperate.  This could explain why his policies are often so different from his promises.

When the early campaigning in 2007 and the primaries of 2008 made it clear that the Democratic candidate would be either a black man or a white woman, and the Democratic candidate would most likely win the general election, the decision was made to crash the economy and time it to occur shortly after the election. Their ideal scenario would be for the economy to crash within a week after the election so the woman or black man could be blamed for it all. See what happens when you elect one of them.Unfortunately for the right wingers, the crash occurred before the election, during the Bush administration. The new president was left in a deep hole that he still has not been able to climb out of.

His lack of experience at the national level and his desire to be all inclusive played right into the hands of the right wingers. They have fought every attempt to restore the country apparently believing that it is more important to damage the black president than to help the country.

This would greatly reduce the chance of seeing another one for quite a while. Had Hilary Clinton been elected instead, the plan was the same except it would have been designed to block future women.

Apparently the decision has been made that the country will stay in this hole for another 4 years and so the current plan is for Obama to be allowed to retain the office for another 4 rough years.

Why else would the GOP be fielding their current field of mental midgets? It appears that they actually want to lose so Obama will continue to be blamed for all that is wrong in the world.