Home Veterans Is Canada a Safe Haven For War Criminals? 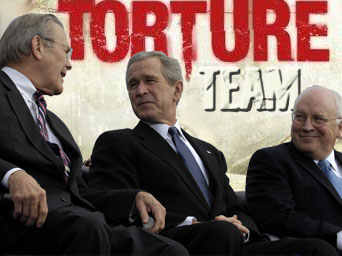 by Lawyers Against War

George W. Bush, former US president and notorious accused war criminal, is scheduled to come to Surrey British Columbia on October 20th 2011 as the guest of Mayor Diane Watts and the City of Surrey Councillors.

As a person accused, on reasonable grounds of torture, war crimes and crimes against humanity, Canada is legally bound to ensure that George W. Bush does not receive safe haven from prosecution in Canada.

Therefore, Canada’s elected representatives—including those of Surrey—must fulfill this duty either by ensuring that George W. Bush is barred from entering Canada, or if he enters the country, taking measures to ensure he is prosecuted in Canada or extradited to a country willing and able to prosecute.

We remind you of the statement of London’s mayor Boris Johnson that if George W. Bush were to come to the U.K. or any other European country,  “he might never see Texas again,” due to the risk of a lawful arrest for authorizing torture.

We urge the mayor and councillors to take action to ensure that George W. Bush does not receive, in violation of the law, safe haven in Surrey BC from prosecution for torture and other grave crimes.

We call on the Mayor and Councillors to:

We remind you of your duty as elected representatives to uphold the law and the rule of law, to ensure the equal application of the law and to oppose efforts to flout the law to benefit political or economic allies such as George W. Bush.  Your failure or refusal to apply the law coupled with your efforts to shield George W. Bush from the law, effectively provide license to other heads of state to engage in widespread and illegal acts of war, war crimes and crimes against humanity: acts that have caused the death, injury, displacement and enforced disappearances of millions of innocent people in Iraq alone.

DO YOU SUPPORT IMPUNITY FOR THE PERPETRATORS OF THESE CRIMES?

RESOURCES:  To reply or receive more information contact Lawyers against the War call (604) 738-0338 or email at [email protected]  or visit www.lawyersagainstthewar.org