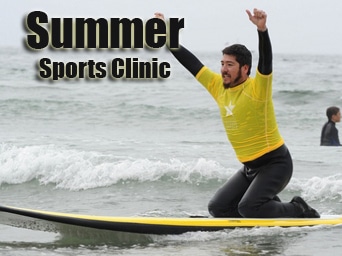 Chris Carver had to go to the bathroom. The nurse at Walter Reed Hospital was taking too long to assist him, so he threw his legs off the side of the bed and planted his feet on the floor. Chris fell. As he lay on the tiled floor, the 23-year-old contemplated if he’d ever walk again.

When the nurse found Chris on the hospital floor, she knew he wasn’t going to stay confined to a bed. So, she gave him a walker.

“The walker was a pain in the ass,” said Chris. “I just started to pick it up and carry it, so they gave me a cane.”

But the cane wasn’t cutting it either. Chris would leave it places or just forget it all together but he managed to move around fine without it.

In 2007, Chris deployed to Tal Afar, Iraq with Charlie Troop, 3rd Squadron of the 4th Cavalry Regiment. While there, his humvee, the lead vehicle in a convoy, was struck by an IED. The vehicle was thrown 25 feet in the air, sending Chris with it. He suffered a Traumatic Brain Injury (TBI). He lost his memory, his speech, and his ability to walk, eat, or breathe on his own. Now, four years later, at the National Veterans Summer Sports Clinic in San Diego, Chris is surfing.

As the waves crash into La Jolla Shores, I watch as Chris steps into the Pacific Ocean. One of his physical therapists, Patricia Van Curler from the Spokane VA Medical Center, sat next to me on the beach. We watched as Chris laid his body on the red and black surfboard, palms down by his side, and slowly moved his legs under himself. He stood up. This was the best revenge, I thought; accomplishing the little things in life that could’ve been taken away from him four years ago.

“When I first met Chris it took him 20 minutes to walk across the room,” said Patricia. “He has come a long, long way. . .he’s like a miracle.”

There were over 100 Veterans like Chris who took part in the Summer Sports Clinic. All types of Veterans were there: from those dealing with severe post-traumatic stress to those who’d suffered strokes to amputees. Throughout the five day clinic, Vets from thirty-two states participated in surfing, kayaking, track and field, sailing, rowing, and cycling. Their physical and mental abilities were tested but they always preserved.

Perseverance is what drew Ron Lane to the event four years ago. The owner of Fast Lane Sailing in San Diego was approached at a boat show when the clinic was initially started. Ron was asked to donate any equipment he could spare to the clinic and within a few months he produced 20 kayaks. Since then, he hasn’t missed a clinic. This past year he spent $70,000 on 2012 Hobie Kayak equipment, including 42 kayaks, for the Vets to use.

“Over the last few years there have been some incredible moments,” said Ron. “I won’t miss this event for anything. Just want to help these guys out of their funk.”

Throughout the week, that’s exactly what Ron and his team of volunteers did. Veterans—and even their service dogs—kayaked along Mission Bay, played polo and water football. Some never thought their injuries would lead them to where they are today.

“If you would’ve told me getting injured would lead me here, to all of this, I never would’ve believed you,” yelled Shanda Taylor-Boyd from her kayak.

As the clinic came to a close, I sat down with Chris again and congratulated him on his week of accomplishments. He brushed my words aside. To him there was no room for failure; walking into the ocean, standing on a surfboard, and cycling 10 miles, were challenges he was determined to overcome.

“What are you supposed to do?” asked Chris. “Lie down and die? No.”

The National Veterans Summer Sports Clinic is just one of VA’s events that bring Vets together throughout the year. The clinic helped Vets connect with other Vets and build a sense of camaraderie. Chris suggests those of all ages attend the event next year.

“You never know what positive changes are out there,” he said. “You have to go looking for them and the Summer Sports Clinic is a good place to start.”