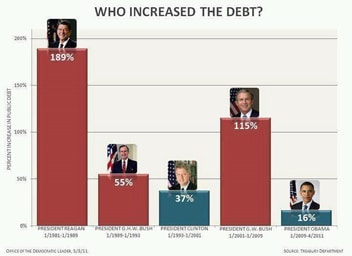 At the very outset I’d like to make an unequivocal assertion – entrusting our economy and the well being of the poor and middle class to the GOP is like entrusting the well being of a child to a convicted child molester. If you think that’s hyperbole, simply ask yourself who was the last Republican president who didn’t drag our economy into a ditch. If you want to say Ronald Reagan, forget it. In spite of the fact that Reagan ran on a platform of limited government and economic responsibility, during his tenure he not only tripled the national debt, but did more spending than all of the presidents who preceded him – COMBINED. In addition, he effectively destroyed our industrial base in the process. 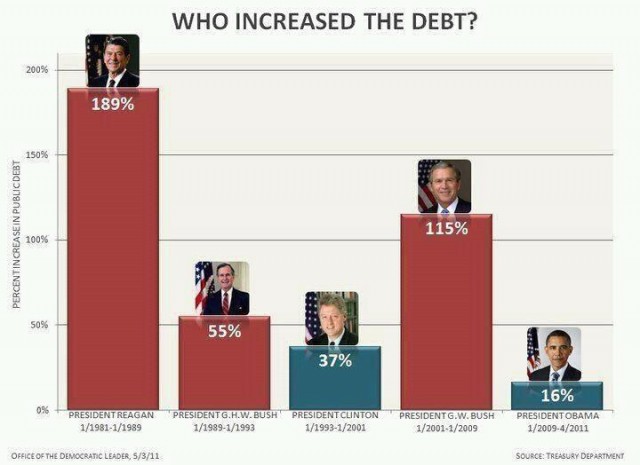 The GOP is only good at two things – propagandizing, or reframing their message to put the best face on their grossly malevolent agenda, and squandering our national resources in pursuit of that agenda. You see, they
love the economy just the way it is – the rich are making money hand-over-fist, the government doesn’t have the resources to sufficiently regulate their activities, and the poor and middle class are in such dire straits that instead of making demands, they’re fighting among themselves for any crumbs that the rich are willing to throw at their feet.

In short, the GOP is engaged in the process of lowering the standard of living of the American middle class in
order to make their corporate friends more competitive in the new global economy. So if they have their way, our current condition will never change. In fact, they intend to make it a lot worse.

And why shouldn’t they? After all, the recession isn’t having a negative impact on them or their corporate
constituency – they’re doing better than ever. It’s only the poor and middle class that’s suffering, and once they get rid of Social Security, Medicare, and the unions, we’ll be totally dependent on the corporate class for our very survival. Then they’ll be right back up in the catbird seat, just like the good ole days, before they had all these pesky rules and regulations, and before that “socialist,” Franklin Roosevelt, decided the American people needed to be protected. “Let ‘em protect themselves; that’s the American way, survival of the fittest – cope or die” It’s interesting to note, however, that they didn’t feel that way when their corporations were in trouble.

It is in pursuit of this agenda that Grover Norquist, one of the most powerful men in the GOP – a man who’s gotten virtually every Republican in congress to sign a pledge to NEVER vote to raise taxes – indicated that he wanted a government small enough to drown in a bathtub. Specifically, he said, “I don’t want to abolish
government. I simply want to reduce it to the size where I can drag it into the bathroom and drown it in the bathtub.”

Thus, the GOP wants a government just large enough to protect the interest of their corporate cronies around the word, send American youth to their death in pursuit of their corporate greed, and large enough to cover their gambling losses on the global market. But they want that same government to be too small to protect the American people from contaminated food, drugs, and water, and much too small to protect us from
corporate manipulation, and safety, health, and fairness issues on the job – and they certainly want it too small to administer programs like Social Security and Medicare.

This is a totally un-American and ruthless bunch. Norquist is also quoted as saying, “Our goal is to inflict pain. It is not good enough to win; it has to be a painful and devastating defeat. We’re sending a message here. It is like when the king would take his opponent’s head and spike it on a pole for everyone to see.” The opponent that Norquist is talking about is the well being of the American people, and all those who advocate in their interest.

Take a moment to consider the ramifications of his pledge to never raise taxes. That permanently protects the rich from having to pay their fair share of any burden, regardless of the national emergency. Thus, no matter what tragedy might befall this nation, if we can never raise taxes, that means that the burden of addressing that emergency must come out of the pocket of the poor and middle class in the form of fewer governmental services and protections. That’s their way of attacking the poor and middle class safety net. Since Social Security and Medicare are much too popular among the American people to attack head on, their strategy is to ravage the United States treasury in order to make them too expensive to fund.

We currently see this strategy at work in congress as we speak. Republican House Majority Leader Eric Cantor is refusing disaster relief funding for states hit by Hurricane Irene without being offset with spending cuts elsewhere in the federal budget. Talking Points Memo reports that Laene Fallon, a spokesperson for Cantor, said that

“We aren’t going to speculate on damage before it happens, period. But, as you know, Eric has consistently said that additional funds for federal disaster relief ought to be offset with spending cuts.”.

This episode betrays much about the GOP mindset. First and foremost, it clearly demonstrates that the GOP leadership couldn’t care less about the welfare of the American people. Secondly, it clearly illustrates their gross hypocrisy. They claim that they’re so concerned over the national debt that they’re willing to deny disaster relief to Americans suffering the ravages of a hurricane, yet, they’re not so concerned that it prevents them from giving trillions of dollars away to the top 2% of the population. So by demonstrated behavior, the GOP has betrayed their belief that subsidizing the wealth of the wealthy should take priority over relieving the suffering of poor and middle-class Americans – and these people are asking us to turn the government over to them? Please.
But Mr. President, the facts presented above are exactly why it’s so important that you refrain from

confronting your base with terms and phrases like compromise, bipartisanship, and shared sacrifice for the rest of your days in office. Your base is sick to death of hearing them, because we’re not stupid, and we understand that the American people have been compromised to the hilt, and engaging in bipartisanship with the GOP is just another word for consorting with the enemy of American democracy.

As for “shared sacrifice,” that’s really a joke. What you’re asking us to do is cut a pie into ten pieces, give the GOP nine of them, and then share the sliver we have left with them. Give us a break, Mr. President. Stand up and fight. Give the American people a clear choice, and start lecturing the GOP like you did the Congressional Black Caucus.

Oh, and one more thing. Get that quiver out your voice. We know you ain’t Martin Luther King, and we also know you’re in campaign mode, so don’t insult our intelligence. It’s disrespectful.