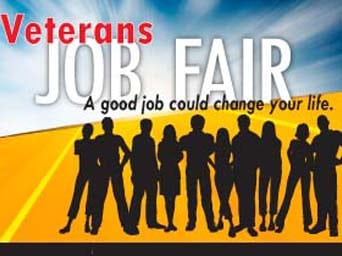 Our Soldiers are returning home from combat.  We owe them a debt of gratitude.  Many of these men and women need jobs.
There are good jobs available to qualified Veterans AND they need to be filled right now.

Syracuse VA invites our Central New York Veterans to a Veterans JOB FAIR Thursday afternoon, October 6th, from 1:30 to 4:30 in the ground floor auditorium located on University Hill.  There will be free parking available in the VA parking garage.

Over 35 Central New York employers, representing manufacturing, retail, healthcare, education, government and much more, will bring their jobs —and Veterans, all you need to do is be there!

AND eligible Veterans may enroll in VA Healthcare, so bring your discharge papers DD214 with you.

We urge all Veterans to attend.  A good job can change your life!

Cancer Weekly November 22, 2011 Mark Roh, M.D., an internationally renowned liver cancer surgeon has been named Incoming President of MD Anderson Cancer Center Orlando and will take over as President next year. Dr. Roh also serves as the cancer center’s Medical and Scientific Director, overseeing all clinical activities within the cancer center and clinical, basic and translational research programs. As President, Dr. Roh will expand on his administrative functions in addition to maintaining his clinical practice as a liver cancer surgeon. Dr. Roh will also continue the close working relationship with physician program leaders at The University of Texas MD Anderson Cancer Center in Houston. Dr. Roh will take over for President Clarence Brown, III, M.D. who will be retiring from his current post (see also Liver Cancer).

Dr. Roh was recently named among the top one percent of physicians in the nation by US News & World Report and is on the American Cancer Society’s Florida Board of Directors. Since 1994, he has served as the executive editor of the Annals of Surgical Oncology. He has been recognized by his peers as one of the Best Doctors in America every year since 1992.

“Dr. Roh is a tremendous asset to the entire Orlando Health organization and we are delighted that he will be stepping into this very important role for MD Anderson – Orlando,” said Sherrie Sitarik, President and CEO, Orlando Health. “Dr. Roh is a talented liver surgeon who is committed to continuing to grow MD Anderson – Orlando as the premier cancer treatment facility in the state of Florida and provide exceptional cancer care right here in Central Florida.” MD Anderson – Orlando’s current President, Clarence Brown III, M.D., will retire after 36 years with the organization. Dr. Brown has been at the helm as the leader of MD Anderson – Orlando since the facility opened its doors to the public twenty years ago becoming the first outreach program of the world famous MD Anderson in Houston and bringing internationally renowned cancer care to Central Floridians.