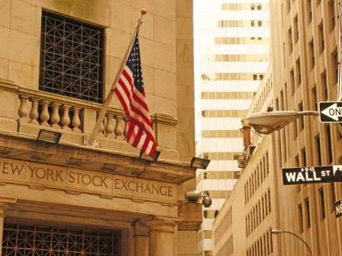 Once again the time has come for revolution in America.

by John Spritzler and Dave Stratman

“What do we mean by the Revolution? The war? That was no part of the revolution; it was only an effect and consequence of it. The revolution was in the minds of the people, and this was effected from 1760 – 1775, in the course of fifteen years, before a drop of blood was shed at Lexington.”
–John Adams, Letter to Thomas Jefferson, August 24, 1815

What follows is a brief synopsis of “Thinking about Revolution,” which can be found in its entirety at http://newdemocracyworld.org/revolution/Thinking.pdf

Once again the time has come for revolution in America. Instead of a British king we have a ruling class of bankers and billionaires who control the government and all the important institutions of society. The future holds misery for the many and privilege for the few.

The problems we confront are part of a system in which money is power and most people don’t have any. The powerful men and women who run our world were not elected and cannot be unelected. They can only be removed from power by revolution.

The goal of democratic revolution is to break the power of the ruling elite and create a society run by and for the people. The principles underlying that society, we believe, should consist of these three: equality, mutual aid, and democracy.

By equality we do not mean “equal opportunity” to get ahead in an unequal society. We mean equality of condition. By mutual aid we mean a society based on sharing and cooperation rather than competition. By democracy we mean not this lying, fake democracy but a society in which the real decision-making power is in the hands of the people.

Real democracy will require a new organization of society. “Thinking about Revolution” proposes radical changes in how we think about ourselves and what we imagine human possibilities to be. It proposes a democratic structure based on confidence in the values and good sense of ordinary people.

Some elements of that structure include:

·         All who contribute to society have free and equal access to its goods and services, which are shared according to need, not bought and sold. Money is not used. There are no rich and no poor.

·         All the things that people use to produce goods, such as factories and mines and large tracts of land, belong to all the people. These things are a common treasure for all of society, not the property of a few.

·         The goal of economic production is to provide the goods and services people need and want, not to make profits for capitalists.

·         All political power is vested in local community and workplace assemblies. Congress, state legislatures, city and town councils, and all other instruments of the former capitalist state are disbanded.

·         The Pentagon, the military, the police, and other instruments of capitalist power are dis-banded. Communities organize to meet local needs for safety and protection.

Some people believe a better world is not possible because inequality and greed are “human nature.” We reject this view. The logic of capitalism is dog-eat-dog competition, yet most people in their everyday lives struggle to create loving and supportive relationships with their loved ones and friends and co-workers, in the face of a brutal culture. Most people, in other words, are engaged in a struggle against capitalist values. The most personal acts of kindness and the most public and collective acts of revolution are on continuum of struggle to humanize the world.

When people have more confidence in themselves and other people, they try to shape more of the world with their values. They reach beyond their immediate circles. They build networks and strikes and movements. When they have enough confidence and the circles of relationships have grown large enough, they make revolutions.

Others believe the history of Communism shows that revolutions only make things worse. We argue that the undemocratic fate of Communist revolutions lay in Marx’s view of the world. Marx accepted the capitalist view, that economic development is the basis of human development, and the capitalist view of human nature, that individuals seek only their own self-interest. Marxism thus presented Lenin with a question: “Who shall look to the needs of the whole society?” Lenin’s answer: the Communist Party.

Still others think that the great power of the ruling elite makes revolution impossible. While capitalism has enormous tactical power, it is strategically at perhaps its weakest point in history. The capitalist system holds no promise, not even an illusion, of a better world for most people.

There remain only two alternatives for the world’s people: either be sucked ever deeper into a vortex of war, tyranny, suffering, and mass liquidations—the planned die-off of “excess” populations in societies that cannot be sustained—or make a fresh start, rebuilding society on a fundamentally different model.

We have been on the defensive for too long, trying to stop one more bad thing from happening—a very demoralizing situation. We need to go on the offensive.

How can we do that? The revolutionary strategy we propose is to confront capitalism’s right to exist and the possibility of an alternative society: to make the need and possibility of revolution the issue of public and private discussion, the issue in every struggle, the issue wherever people come together to discuss their concerns. This is how we can take the offensive

We intend “Thinking about Revolution” as a small contribution to a national and international discussion of how to defeat the forces that control our society and create a new world at http://newdemocracyworld.org/revolution/Thinking.pdf.