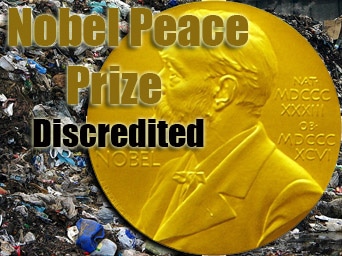 “Gentlemen of the Nobel committee, history can’t wait for another year” 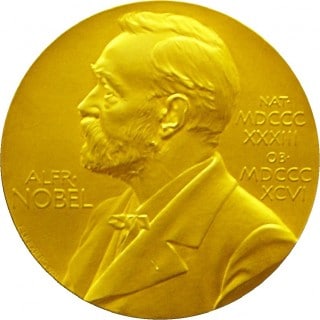 The Norwegian Nobel Committee announced the names at a ceremony in the capital, Oslo, on Friday, saying the three were honoured for their “non-violent struggle for the safety of women and for women’s rights to full participation in peace-building work”.

Geir Lundestad, director of the Norwegian Nobel Institute, told the media that it was a conscious decision to award this year’s prize to women.

Well, in response to Mr. Lundestad and judging from his own statement and barely recovering from the totally unwise decision of the Norwegian committee in 2009 when the Nobel peace prize went unexpectedly and undeservingly to Mr. Barack Obama, whom the days of his first term in office proved beyond doubt that world peace is nowhere in the man’s agenda, not even on his junk list, …now with this year’s decision to grant the prestigious prize to those three fine ladies, no doubt about that, the Nobel committee has clearly proven that they are not only unconscious, but Completely uncontaminated from any contact with reality.

The Nobel committee decision was not only surprising; we have been bewildered so many times before on hearing some of the names amongst the prize’s long list of laureates, but this year we are shocked, absolutely astounded at the myopia that prevented the committee to discern that the Arabs are making history now.

But then again, the members of the Nobel committee can’t be myopic, for they managed to view what has been going in places farther away on the map like Liberia.

It is not that those three great ladies don’t deserve the prize, no; this is definitely not the issue here.

The issue is the historical sense of the committee, or the lack of it for that matter. There could be more than, may be, 30 nominees who might as well fit the prerequisites and the qualifications for the prestigious prize … but not for this year.

Gentlemen of the committee of the prestigious prize, the three ladies who were awarded the 2011 prize could have been the winners of the following year and that would not have offended anybody … but the young activists from Egypt and Tunisia who launched and steered one of the most inspiring scenes of nonviolent resistance the world has come to witness ever since the days of mahatma Gandhi cannot afford to wait for next year to be included amongst yet another list of wonderful nominees who worked for world peace.

Gentlemen of the prestigious Nobel Prize committee, the human miracle that took place at Tahrir square, Cairo which redefined the slogan “nonviolent revolution” and made the people around the world embrace it once again as we all have seen in Yemen, Bahrain, Oman, Morocco, Libya, Israel, Spain and now the United States of America, should have been the main theme and the driving force for this year’s Nobel peace prize.

Gentlemen of the Nobel committee, we know that the deadline for nominations was February 1st, but also we are aware that the committee members were allowed to add their own suggestions until February 28th. I mean, There was enough time to include the Egyptian activists like, Wael Ghonim, the youth founders of the 6 April movement and that extraordinarily courageous young lady, Asmaa Mahfouz, the 26year old activist who appeared in a video inciting Egyptians to revolt against injustice and dictatorship days before the January 25 uprising.

Some will argue that those names were already on this year’s nomination list, but that is an excuse far worse than the offense this whole committee caused when its most learned and experienced members failed to see the wisdom of celebrating history as it magically unfolds.

Gentlemen of the Nobel committee, history can’t wait for another year. awarding the spontaneity and creativity of the Arab spring could have boosted the morale of the Yemenis, the Bahrainis and the forsaken Syrians beyond measure and restored the credibility of the Nobel prize that was lost in 2009 and would have also been the perfect response to the annihilation forces that was behind this year’s deadly Oslo bombings, the shadow of which is obviously still blurring your vision.