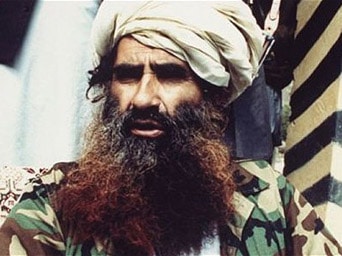 Civil war in Afghanistan is raging since 1976. It saw relative calm and stability during brief spell of Taliban rule, but peace was snatched away by USA and the country was again pushed into the inferno. Ongoing war lit in October 2001 is continuing and has become the longest war in its history. One of the most impecunious countries of the world is being continuously trampled under the boots of US-NATO forces for over a decade without any respite and this gruesome process is likely to continue for some more time. Having failed to subdue Afghan resistance forces despite applying excessive force and dirty tricks, occupation forces are now at the verge of throwing in their towel and departing.

Concluding that military option alone will lead nowhere; of late the US has been following dual-track policy of slapping the Taliban with one hand and offering lollypops with the other. While the slaps are reserved for the hardliners who fight and refuse to negotiate, the lollypops are for the moderates showing inclinations to negotiate and promising to make the hardliners led by Mullah Omar and Jalaluddin Haqqani agree to talk with Americans. The US has been constantly trying to win over Mullah Omar or Jalaluddin Haqqani or any of his sons like Sirajuddin and Badruddin since it has realized that without their cooperation political settlement is not possible.

Ironically, while the US has been pushing Pakistan to go after Haqqani Network (HN) in North Waziristan (NW) since early 2010, it secretly kept wooing leadership of HN to breakaway from Mullah Omar and join Karzai’s government. Services of ISI were availed to establish contacts. HN turned into most wanted target after its leaders refused to fall into the US trap and rebuffed the overtures of USA as well as several other countries. Sirajuddin conveyed in clear terms that that HN was not a separate entity but part of Taliban under Ameer-ul Momineen Mullah Omar who is regarded by each member of his group with deep sense of respect and approbation and would obey his and not US commands. All this has now been disclosed by Wall Street Journal.

In its bid to break the will of Taliban and make them agree to US terms so that senseless war could end, apart from stepping up aerial and ground raids in Afghanistan, CIA accelerated the rate of drone strikes in NW and also kept up its pressure on Pakistan to launch a major military operation in NW and eliminate alleged safe havens of militants. Reluctance on part of Pakistan Army to open a new front owing to social, political, financial and military constraints as well as its strong suspicion that the US was playing a double game strengthened US spin doctors to accuse Pakistan that it is aligned with Afghan Taliban and al-Qaeda. Secretary Defence Leon Panetta went to the extent of saying that either Pakistan is complicit or incompetent. In the wake of intensification of attacks by Taliban in Afghanistan in recent months, the US started holding HN responsible and urged Pakistan to destroy its sanctuaries in NW.

To dispel the false impression created by US military leaders that lot of progress had been made against the Taliban, the latter undertook spectacular offensive actions in and around Kabul. A daring attack was launched on Inter-Continental Hotel in Kabul on 28 June. Murders of two important aides Ahmad Wali Karzai and Jan Muhammad in July in Kandahar who were supposedly making secret parleys with the Taliban upset the US and Karzai’s plans to broker a political settlement. Downing of US Chinook in Wardak in August took the lives of 38 American soldiers of Special Forces including 23 belonging to unit of Navy Seals that had taken part in Operation ‘Get Geronimo’ on 2 May. Truck bomb attack on the NATO military base in Wardak on 10 September resulted in death to five and injuries to 96 including 80 US soldiers, out of which several succumbed to injuries.

Of all the attacks, September 13 attack on US Embassy, NATO HQ and Afghan National Security Directorate in the most protected capital city of Kabul was more worrisome for the US. Not only this attack exposed the fragility of security system but also laid bare the weakness of security forces which had no clue how to deal with six militants who had paralyzed the capital city for 20 hours. ISAF’s confidence in ANA that it was ready to takeover security duties was also shattered. The US was still to recover from the shock when peace maker Burhanuddin Rabbani was killed by a suicide bomber on 20 September which gave a deadly blow to peace process. It depressed Karzai so deeply that he gave up on negotiations with Taliban.

Dumbfounded by string of deadly attacks by Taliban and not knowing how to cover up their embarrassment, the US military officials led by retiring Admiral Mike Mullen hastened to fabricate a charge-sheet against Pakistan’s ISI asserting that it was linked with HN which was ISI’s veritable arm and the two were involved in 13 September attack. HN was declared as irredeemably violent and criminal outfit. During his meeting with Gen Kayani in Spain, Mullen had urged him to rid the US of the monster of HN at the earliest but his tone was friendly. But on 22 September when he addressed the Senate Armed Services Committee, he looked haggard and emaciated and his blunt and harsh utterances betrayed his inner anxieties. Cameron Munter, Ryan Crocker and Panetta joined the Pakistan-HN condemning choral group and alleged that Pakistan was in cahoots with HN. Hillary Clinton’s over three hours session with the visiting Hina Rabbani revolved entirely around HN and the necessity to mount an operation in NW. It was quite apparent that the US had decided to make Pakistan a scapegoat and cover up its recurring failings.

Pak-US relations have been continuously sliding down in the aftermath of Raymond Davis and 2 May incidents. Rather than feeling remorseful and trying to compensate Pakistan for the wrongs done, the attitude of US officials has remained puffed-up and bossy. They are now threatening to take unilateral action in NW in case Pakistan didn’t agree to do so and chase out HN. The latter has become Achilles Heels of USA which is giving it nightmares. The US has become so obsessed with the small band of 3-4000 fighters in NW that it has declared that no progress can be achieved in Afghanistan without their elimination.

To make matters worse for the marooned US military in Afghanistan, its strongest ally Pakistan which has taken the major brunt of war and sacrificed the most is having second thoughts over its alliance with USA, which has given it a raw deal. Instead of getting over awed and frightened, Pakistan has taken the bullying US officials by complete surprise by giving a befitting reply. The Army took the lead in showing eyes to the US and the government gave a pleasant surprise to the nation when it followed suit. Soon after, it held an All Parties Conference. 13-point resolution laid out that Pakistan will give peace a chance and will not abide by the dictates of the US which are against its national interests.

The US got yet another shock when it found the divided nation standing united and resolutely behind the government, Army and ISI. The outrage expressed by Pakistani nation has taken the heat out of the US aggressive posturing and has put the US administration on the defensive. It has been forced to take immediate steps to defuse the highly volatile situation. Although Pakistan has sailed passed the worst crisis, however, it will take time for the storm to fully subside, since several involved players having high stakes in Afghanistan would try to keep Pakistan in a tight corner.

Bridging of trust deficit will require sincere and concerted efforts from both sides. Hawks in US military and in CIA egged on by Jewish and Indian lobbyists will keep Pakistan under pressure to make it abide by their dictates. Indo-Afghan strategic alliance is also aimed at giving a message to Pakistan to behave. Accusation by Kabul that Pakistan had a hand in Burhanuddin’s murder and latest revelation that six persons have been held in Kabul over an alleged plot to assassinate Afghan President is an indication that plot makers will keep cooking incriminating stories to implicate Pakistan and get it declared as a terrorist state, or ISI as a rogue outfit. Pakistan should not relent under any circumstances and should face the challenge gallantly.

About the writer: Asif Haroon is a retired Brig, author of several books and a defence analyst. Email: [email protected]