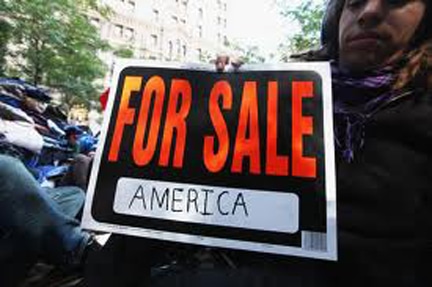 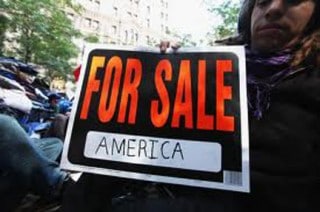 The Occupy Wall Street protest continues in New York and seems to be gaining strength. Additional protests have sprung up around the country in cities’ financial districts. Since the movement is spreading rapidly in other places, it needs a better name. I like “The American Autumn” as a logical continuation of the Arab Spring that moved through the Middle East. We share many of the same goals and motivations.

While the U.S. has not used nearly as much physical force to control us, our rights, fortunes and futures have been rapidly deteriorating. Basic constitutional rights, such as habeas corpus, have been suspended or curtailed. With the mere mention of the word terrorist a person can be held indefinitely without trial. I have a friend whose son has been in federal prison for two years without a trial or bail because he was part of a militia that allegedly talked about breaking the law, though they did not carry it out. Maybe they did go too far, but that should be for a court to decide.

When the original Wall Street movie came out, the character, Gordon Gecko made the famous quote, “Greed is good.” This was supposed to establish his character as the bad guy, but it has become a rallying cry for a select group of financiers and bankers. Of course, this attitude predates the movie by several centuries, but this openly expressed it in words.

The major push for deregulation and privatization began in earnest in the Reagan administration and continued unabated through Bush 1, Clinton, and Bush 2. The concept that government could not do anything right and if it would only get out of the way, business would boom and everyone would be rich became a religion among the faithful. A lot of people still feel this way, even after seeing the disastrous results. Most of the rank and file of the Tea Party are well meaning people of modest means who really have much more in common with the protestors than they realize, but they have been brainwashed into doing the bidding of Murdoch and friends. The very agenda that they push would do great harm to themselves if enacted, but they just can’t see it. I hesitate to use the term “brainwashed” as I am not sure they make washers small enough for some of their brains.

I am sure that there are people reading this who are thinking, “I have nothing in common with those radical, pinko, hippies occupying Wall Street. Well, answer these questions:

1. Do you get more of you money from investments than your salary?

3. Has your income increased over the last 5 years?

4. Has your savings increased?

5. Do you feel your job is secure?

6. Do you trust the “professionals” to handle your money and future?

7. Is your house worth less than it was 5 years ago?

If you answered no to questions 1-6 or yes to questions 7-8, you are part of the 99% and have more in common with the protesters than with the Koch brothers or the other oligarchs who are in real control of the Tea Party.

In theory, freeing up creativity sounds great, but the reality is that without controls greedy people do what comes naturally; they use any means possible to amass as much personal wealth as possible with no regard to what effect their actions have on others. The banksters thought up all kinds of crazy, get rich quick, schemes that would have previously been illegal and promoted them to the uninformed. They placed bets on all sides so they would personally win no matter what happened. When the bubble finally burst, they unashamedly went to the Fed and the Congress with their hands out. Since their institutions had tentacles into all areas of the U.S. and other countries, they were declared “too big to (be allowed to) fail. The Congress and Fed pumped trillions of dollars into them with virtually no string attached as to how they had to use the money. Banks and investment houses merged and the ‘too big to fail” became even bigger.

The privileged few became even richer, and the rest of us became poorer. They continued to give themselves huge bonuses and salaries despite having failed miserably. Imagine what would happen to your job if you completely screwed up everything you worked on and cost the company billions of dollars in losses. I doubt you would get a bonus, but that is exactly what happened.

It is not entirely clear exactly what the Occupy Wall Street (OWS) people hope to accomplish. I am sure that they would like to see those responsible for the current situation, tried, convicted and put into a cell with a father raper. I know that is what I would like to see, but it’s not going to happen. Aside from the fact that they have wealth and power and are generally beyond the law, it is unclear that they actually broke many laws. Deregulation basically made it all legal. I don’t know why everyone seems to be so surprised at what happened. It would be like if the laws against murder were rescinded and then being surprised when people began killing each other.

Accompanying the following video is a list of cities where there are OWS protests going on. I urge you to at least check them out. Maybe if enough people get involved, our legislature will take notice.

The movement does need to more clearly define what their goals are. I think a realistic goal would be a tightening of regulations on the financial sector to prevent this from happening again. Also anti-trust laws should be brought into play to break up the mega-banks into small enough parts that they could be allowed to fail. Getting the CEOs fired or jailed is probably not going to happen. 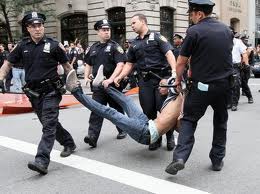 On a personal note, this week I became even more proud of being a part of the VT staff as I watched as other staff members organized a group of retired Marines to act as a buffer between those taking part in a legal protest and the police who, in some cases have seriously over-reacted. I know most police officers are good people who operate under a great deal of stress, but pepper spraying young girls definitely crossed the line. This incident, quickly went viral online and may have actually helped the cause a great deal in making more people aware of what was actually going on. I doubt that the police would want the bad publicity of being viewed attacking uniformed Marines. That would certainly tarnish their image further.

My biggest fear is that the peaceful protesters may become infiltrated with agent provocateurs. These will be people that are hired to pretend to be protesters, but whose real job it will be to start violence and/or looting.  This type of activity could potentially give the peaceful protesters a black eye, and turn public support against them. This would also give the police or other branches of government an excuse to attack and disperse the protesters. This is what happened this summer in Great Britain.